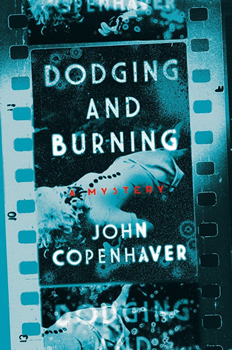 For people who know John Copenhaver —either friends, students, or teachers, or fans of his work with Lambda Literary —DODGING AND BURNING is the book we’ve been waiting for him to write. The coming-of-age mystery set in the 1940s is the ideal culmination of his cultural, historical, and personal interests — and does the neat trick of giving those interests a tense, universal appeal.

I first met John at Fall for the Book at George Mason University. A graduate of that university’s MFA program, he has written a book that joins the ranks of other celebrated and award-winning crime fiction writers from that school, including Art Taylor, Tara Laskowski, and Laura Ellen Scott. I’ve since kept a close eye on his career, and was excited to have the chance to interview him about his debut thriller.

Incorporating the “crime scene” photograph in the opening of the novel is a great idea. Did that idea come from you, or someone associated with the publication of the book? And did you ever consider using more photographs? 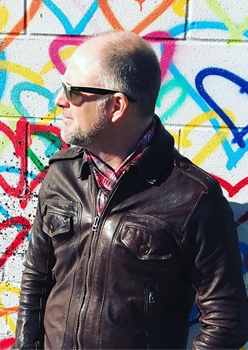 The photo was there from the beginning, an essential part of the story. I bought the camera (a period Speed Graphic); purchased the dress, shoes, and wig; and asked the photographer Nic Persinger and his wife (then girlfriend) Julianna Corby to stage it. I didn’t want to use more than one photo, though. I thought it would distract a reader’s focus. I wanted to offer a powerful image upfront and then dismantle it over the course of the novel. The genesis of the idea emerged from my fascination with the photographer Weegee’s work, who famously shot crime scenes in NYC in the 1940s. Also, Michelangelo Antononi’s amazing and bizarre movie Blow Up.

I love your courage in writing from the viewpoint of female characters, but how heavily did the concern of authenticity weigh on you? Especially nowadays, given how much importance is paid to representation?

It’s funny that you call it courage. It didn’t seem particularly courageous to me, but rather a natural extension of who I am. Women have played a big role in my life. Men, for the most part, have been dead or absent or dismissive. There are exceptions, but there has been a clear theme. For that reason, I’ve always identified with women, particularly in literature. That being said, I’m still a man and live in a world where men — yes, even gay men — are afforded privileges that women aren’t. Many, if not most, of my beta-readers were women. I’m so thankful for their honest and helpful feedback.

DODGING AND BURNING comes off as meticulously researched, especially in regards to attitudes toward homosexuality in 1940s America. Was there anything you learned that was particularly troubling or surprising?

I had several surprises: First, that gay culture was so rich and vibrant in DC during the war, and second, that so little of it was recorded. I was disappointed and saddened to discover that even within gay culture there was segregation. There were white gay bars and black gay bars, and that’s just how it was for the most part. In general, though, I felt an urgency to write a story about being gay in that time period, perhaps because of the relative lack of historical record. Where facts leave off, fiction must complete the story.

Your novel envelops wider themes than only LGBTQ+ themes, but it does certainly grapple with those. How much of a concern was it to tackle that in a field (crime fiction) that is arguably limited in its social reach and portrayals? 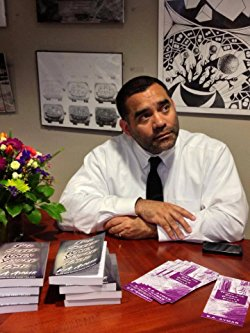 Well, some of the greatest fictional detectives of all time can be read as queer— Sherlock Holmes and Poirot — and many are social outsiders. As a genre, crime fiction is a spin off from the social realism of the 19th century that commented on and raised awareness about Victorian social ills. It seems natural to use it to discuss homophobia and the marginalization of LGBTQ+ people. I don’t believe crime fiction has to be limited at all — and furthermore, it shouldn’t be. The enthusiastic response to the LGBTQ panel at Bouchercon last October was proof that readers are out there and that they’re open to (even hungering for) crime stories by and about LGBTQ+ people.

There’s always hot debate on whether or not a writer should pursue an MFA. If you knew an aspiring writer, would you advise him or her to go the MFA route? 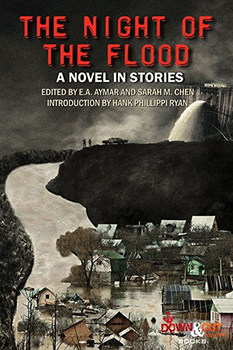 If you want to pursue an MFA, you first need to think about why: If you want a degree that can help you find employment (usually as a teacher), that’s a good reason. If you want to meet other aspiring writers and form life-long friendships, that’s also a good reason. If you want exposure to what it means to be a professional writer, that’s another solid reason — but I would make sure the MFA you choose has a practical profession focused curriculum, not just writing workshops. If you want the program to make you a better writer, well … it might, but I don’t think that should be your only reason for committing the time and money.

I learned more about writing from reading deeply and imitation and criticism than I ever did in writing workshops. It doesn’t have to be that way, but for a workshop to operate as it should, it must be structured so that your performance is evaluated as much (if not more so) on the quality feedback you give to other students as on the quality of your own writing. If not, what’s motivating anyone in the program to give you quality feedback? The kindness of their hearts? Maybe, but don’t count on it. Finally, if you want to join a program to work with so-and-so big name writer, don’t do it unless he or she also has a big name for being an excellent teacher.

What’s been the best part of being a published writer?

All the free booze. No, there’s no free booze. In truth, after a long journey with DODGING AND BURNING, it’s profoundly satisfying to have readers engaging with it. It feels validating: Look, folks, all that time I was telling you I was writing, I really was. It wasn’t just wishful thinking. I made something. It’s real. So real you can even pre-order it.

E.A. Aymar is the managing editor of ITW’s The Thrill Begins. He’s also the co-editor of, and a contributor to, The Night of the Flood, a novel-in-stories coming out this March. You can learn more about it here.