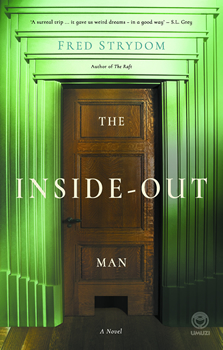 Fred Strydom’s debut novel The Raft caused a big stir on the South African literary scene in 2015, and THE INSIDE-OUT MAN is just as intriguing.  It starts with a simple premise—a rich man seeks absolute isolation to come to grips with his life. But after that, the novel twists and turns until we come to realize that everything we thought we knew about the characters and the plot may also have been inside-out.

Fred studied film and media at the University of Cape Town and works as a scriptwriter in Johannesburg, where he lives with his wife, son, two dogs, cat, and two horses.  I asked him a bit more about himself and his remarkable book.

What drew you to writing novels, when did you start, and how does the process work for you?

I think it’s fair to say I’ve been writing for as long as I’ve been reading. Even as a kid, I saw in the books I read the freedom and potential to create stories of my own. Writing is immediate in that way–there’s a long way to go before attempting your first film, for example–and a pen, pad, and some version of a sanctuary is all you need to get started. As privileged as I have been to collaborate in other creative spaces as an adult, from doccies to film to songwriting, in the end, writing remains my most borderless, accessible, and honest form of individualistic expression. If anything, I can say that even as a published author, I’m probably less of a writer than I used to be as a kid. My craft may have been honed, but there’s a reckless abandon I had as a kid that I miss—free of pretense, insecurity, and conformity. In some ways, I believe I’m working towards finding my way back to that beautifully careless, uninhibited state of creativity I once had, applying the tricks of syntax and semantics I’ve learned along the way, but coming home to a truer, bolder me.

The premise of THE INSIDE-OUT MAN is that a guy is to be locked into a room in his house for a year with absolutely no contact with the outside world except having food supplied through a slot in the door. It’s solitary confinement, but the twist is that the rich, bored victim wants it, indeed is passionate about it. He hopes to be able to find himself once all the world’s distractions are removed. Then things go horribly wrong.

How did you come up with the idea?

Every idea starts as a seed. The seed could be an image, a song, a moment. For this book, the seed was the image of a door, and by virtue of this fact, a room. I can’t tell you why the image of a door intrigued me, but that’s for the story gods to explain. If the image is captivating enough (and you’ll know, because it’s the one you can’t let go of), you’ll begin a process of internal questions, each serving to extend a stem from the seed. What’s behind the door? Is it a person? Did the person get locked in there by someone, and if so, why? That’s one potential stem. Now that you have it, you take a couple steps back and explore the alternative: the person wasn’t put in there by anyone, and took it upon himself to do it. Okay, here’s your second potential stem, and in some inexplicable way, a more intriguing one. From that point, you run with it, question after question, choice after choice. Bottom line, ideas don’t fall like pennies from heaven, waiting to be caught. They claw and crawl from the dirt, fighting for the light. 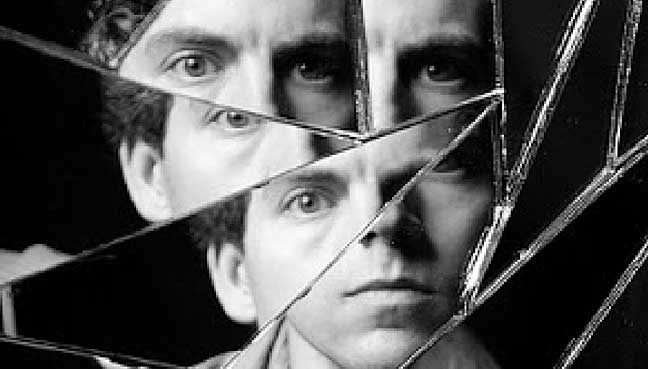 THE INSIDE-OUT MAN is impossible to pigeon hole, but let’s call it a psychological thriller. It explores alienation, identity, and madness. Was the premise a means to that end or did you start with the premise and allow Bent to develop?

I try not to decide what the themes of the book are going to be before I write it. If I do, the themes end up contrived, superficial, even preachy. Also, I believe themes should be what the reader derives, not necessarily what the writer deliberately infuses. I’m gunning for entertainment first and foremost. Along the way, as the plot unfolds and the characters are fleshed out, the choices in what they say and do (or don’t say and don’t do), lean towards particular philosophies and themes and whatever else. In the end, if the characters are real enough, if enough respect has been given to their motivations, the subtexts will come through naturally.

Bent meets a variety of characters in the book, all of whom reflect on his life. One of them is Jolene, a woman who throws dinner parties for complete strangers and with whom he quickly falls in love. But even this is a reflection of his isolation; when she asks him what type of women he likes, he tells her it’s the ones who like me back. She comments that that makes it easy, but it doesn’t really at all. Is this difficulty somehow at the heart of his alienation? 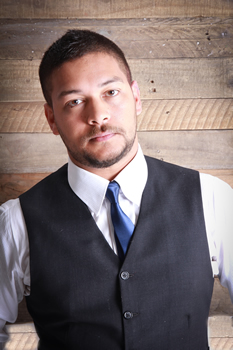 It’s interesting. You write the line, you intuitively know it works, you move on, and you rarely stop to think about the meat of it. If you did for every line, a book would never be completed. That said, thinking back on this little exchange, it is pretty loaded. In my mind, Bent is a victim of both external and internal circumstances, with each feeding off the other, trapping him in a kind of vortex of insecurity, of a lack of self-worth – with the occasional passive plea to reach out and connect with the world.  He’s anything but apathetic, as much as he might project it as a defense mechanism. For such a conflicted character, it’s this lack of external blame, lack of resentment, that provides him with a glimmer of likeability, just enough for us to stick with him. He ends up doing some despicable things later on, but it’s lines like these that invite the reader to question whether these acts are done out of outward malice or desperation.

Another character is Howard, who is a sudden and most unwelcome visitor, and introduces himself as Leonard Fry’s son. He turns out to be just what Bent could have been had he made other choices and had a different background—rich, famous, spoiled. Bent rejects Howard finally and violently. Later he thinks of his own time as a brilliant jazz pianist in seedy clubs with envy and nostalgia. Is this a point where he starts to understand himself or is it just another discarded clue?

Hm. A tough question. He wants to understand, and has moments of awareness (such as the one you’ve pointed out), but I’m not convinced Bent is able to understand much for long. Nothing that really sticks, anyway. Bent is denied a conventional protagonist arc, I suppose. He appears to be stuck in the purgatorial middle of his development at all times, with brief moments of understanding bobbing in and out of his peripherals, none of which he seems able to carry with him. I’ve always felt that there’s a level of dramatic irony that overrides Bent’s narrative – we see the world through his narrow lens but only we seem to be aware that it’s narrow. We develop an understanding of him as the story unfolds, but he’s stuck in his story, forever dancing on the outskirts of the truth but trapped in a kind of Sisyphean nightmare. I guess that’s what makes his story all the more tragic – that his moments of clarity allow us to connect the dots, while he’s doomed to a life of broken pieces.

What are you working on next? THE INSIDE-OUT MAN will be a hard act to follow!

I always love to give myself the room to toss an idea out at any moment, even halfway through it, so no details just yet. Let’s just say, I am working on something, and that it will be something quite unlike my first novel, The Raft, and THE INSIDE OUT MAN. If I don’t plan on challenging myself, I don’t plan on writing. Also, I’ve been moving into the film space, and haven just completed a original screenplay (that I’m hoping to also direct with the assistance of Witch & Wizard Productions, where I work as Creative Director), and that’s been taking up a lot of my time. One thing’s for certain, I have no plan to slow down any time soon.