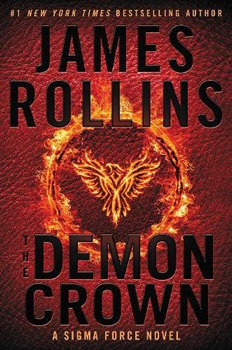 There are certain thrillers that readers devour while having the internet search box flying alongside to get answers to the question: “Is this real?” In the case of a James Rollins novel, the answer, quite often, is yes. In his bestselling books, Rollins builds fast-moving plots on a foundation of little-known and  captivating facts, not just from history but from the world of science. For years Rollins practiced veterinary medicine while writing on the side, until the popularity of his novels motivated him to flip the two.  He now writes thrillers and other types of books in his home in the Sierra Nevada Mountains.

THE DEMON CROWN is the 13th in Rollins’ Sigma Force series, revolving around men and women in an elite covert arm of the U.S. Defense Department, made up of former Special Forces officers trained as experts. The novel’s storyline jumps all over the world, from Europe to North America to Asia, but much of the action takes place in Hawaii. There, some of the key characters in Sigma Force take on a truly horrifying threat, one that is engineered by humans but makes use of the destructive power of an ancient insect.

Rollins took the time to give fascinating answers to the questions of how he researched and wrote THE DEMON CROWN as well as his other novels.

This is a story with an enthralling mix of history, science, and action. Of these three threads, which one sparked your creative inspiration? Does the history kick off the science? How does this happen?

It varies. I love mixing historical mysteries with scientific intrigue, but the path to writing each book is different.  Sometimes it starts with the history (as in The Devil Colony, which dealt with mysteries surrounding the founding of the country). Sometimes it’s even the location, which was how my stand-alone thriller Amazonia was born…simply because I wanted to set a story in the Brazilian rainforest.

For THE DEMON CROWN, it was the science. I had a chunk of amber sitting on my desk that I had obtained during a trip to Estonia eight years ago. Trapped in that amber was a single tiny wasp.  I knew there was a story there, but it took many years to discover it. I first read a book about how it is now believed that predatory insects brought about the extinction of the dinosaurs, attacking those lumbering saurians while they were compromised following the asteroid impact.  Then I read a dossier prepared by Homeland Security, listing their top 10 risks to our nation. On that list was the potential threat of foreign invasive species, like the pythons that have overrun the Everglades.  Homeland Security feared a hostile foreign power weaponizing some species and releasing it across the country, similar to the biological Pearl Harbor depicted in THE DEMON CROWN.  So the story began to build.

And as Sigma Force is headquartered at the Smithsonian Castle, I had discovered over the years that there are many mysteries surrounding the founding of the museum, and those mysteries dovetailed beautifully into the story I wanted to tell. 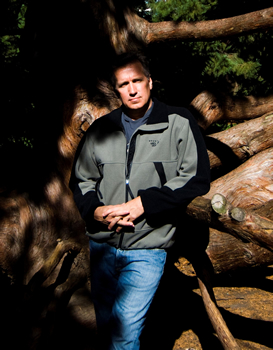 I’ve never read a thriller that has alternating point of view from the insect! And this a creation of millions of years ago. And yet I felt a certain while not exactly sympathy but empathy for the drives of this being. Do you respect the deadly insects of this novel?

I do. I had some half dozen different entomologists on speed dial while crafting this story, so everything that these ancient wasps do in this novel is based on the behavior, physiology, and evolution of real insect species. One of the goals of this novel was to share the inner world of such an organism, to immortalize their biological drive. What does it mean to be part of a colony? What is hive intelligence? How do they communicate? How do disparate elements of a colony work together toward a common goal? What evolutionary forces drive them? They are remarkable creatures—both horrifying and wondrous in equal measures.  That’s what I wanted to capture and dramatize in THE DEMON CROWN.

How much does your earlier career as a scientist and veterinarian inform your emotions toward the different life forms in the book?

While I only do volunteer work now as a veterinarian, my love of the natural world is never far from my heart, especially when it comes to those lifeforms who share this planet with us. In the past, I’ve featured animals as various point-of-view characters—from a military war dog to a western mountain gorilla. In THE DEMON CROWN, the “animals” depicted are certainly less warm and fuzzy, but no less fascinating or worthy of highlighting. One of the great joys in writing such stories is my ability to call up scientists and ask them, “Look over your shoulder. Tell me what you’re working on right now.” And it’s surprising how candid those answers often are, how excited the researchers are to share their passion. And we writers should do the same. I always tell new authors to write from a place of passion.  I love science, medicine, technology, animals…so that’s what I write about.

Do you think that people divide the spheres of history and science too much? You’ve shown how they can intertwine.

I think it’s part of human nature to compartmentalize our lives, to draw lines in the sand, to form cliques around us.  But I don’t think this is healthy. Unfortunately, with the internet and the rise of social media, this compartmentalizing is only worsening. We’ve become a thousand small tribes, each warring with the other, locked in our own echo chambers. While my main goal with my novels is to entertain, I think fiction can also be wonderful at breaking down those barriers. And not only between such seemingly disparate subject matters as history and science. In many of my novels, I seek that common ground between faith and the scientific method, between science and religion. Only by recognizing how much we are alike will the world become a better place.

The Salt Kingdom in Poland was my favorite location in the book. Did you come across it as part of your mineral research, or did you go there and feel you had to work it into a book, which you did so effectively?

Alas, I’ve never visited the Wieliczka Salt Mine. But it is a World Heritage Site, and my task in life—at least as writer—is to destroy as many of them as I can.  Still, my brother worked three years at the U.S. embassy in Poland and did visit the site and shared photos and stories, many of which I included in the book, including the fact that there are huge lakes at the bottom of the mine, so large in fact that even windsurfers plied those underground lakes, their sails propelled by giant fans placed on the shore.  Everything about the mines—from the wondrous kaleidoscope of salt sculptures to the subterranean cathedral made of crystals—is true. I was aided in my research by the site’s staff and was even given permission by the daughter of the museum’s mapmaker to showcase her father’s work in my book. I just mailed them copies of the book per their request for their museum library. But it was also partly an apology for destroying a fair amount of their beautiful site in the book.

On the human characters, can you give any tips to authors on how to create so many characters which nonetheless differentiate so well?

That is one of the advantages of writing a series, especially a series centered around a group of characters like Sigma Force.  Over the course of the series, I have the chance of exploring the full range of these characters’ lives.  They find love, get married, have children. Unexpected tragedies befall them on the personal level, independent of the larger plot threats. We all struggle to balance our personal and professional lives, so by depicting this same struggle with my characters, not only does this humanize them, it makes the readers care about them, especially when I dangle them over a cliff. Another advantage of a team-centered series is that I get to shift the spotlight on different characters in different books. I think this helps keep the stories fresh, while further endearing the group to the reader, to in fact make readers a part of Sigma. 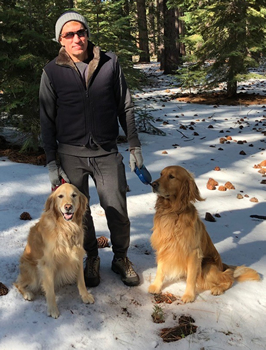 Also, how do you weave in the back story of recurring characters so that newcomers like myself can fully grasp the story and relationships without slowing down narrative?

Purposefully and carefully. I don’t think anyone except my editor has read my series in order, nor do I think they necessarily should. Yes, there are some breadths of characters’ lives that are better illuminated by reading the books in order, but I didn’t want to construct a series where that was required.  I wanted each novel to be self-contained, so that it’s welcoming to a new reader, but not so heavy with backstory that it bores those readers already familiar with the series. So I carefully seed in just enough of what’s happened in the past to make events clear to those new to the books, while purposefully leaving large swaths of the characters’ backstories unwritten so as not to slow down the story unnecessarily. It’s a balancing act, but one well worth attempting.

In this politically volatile time, is it challenging to set antagonists in a certain country or faith, to make these choices when everyone is prone to take offense over something?

It can certainly be tricky, a path lined by pitfalls and quagmires. I’ve discovered it best not to shy around controversial topics, but I also try to offer a full scope of the differing opinions on such subjects. For example, in THE DEMON CROWN, I shine a light on the very real situation where one of our allies—Japan—still has a deeply rooted anti-American bias, both at the grassroots level and in their government. It becomes the force that drives the antagonist in this novel, but at the same time, I reveal the source of this animosity and the struggles Japan has had—especially its intelligence services—in walking a tightrope between strictures placed on them after WWII and the new global threats endangering their country. So in this novel, there are heroes and villains who rise out of the same conflict, each choosing a different path. From such conflict, great stories can be found—and should be told.