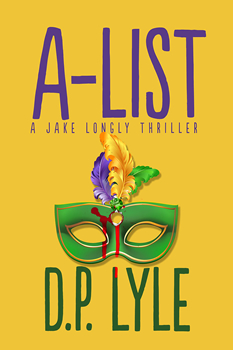 Award-winning thriller author D. P. Lyle loves to write about murder—the fictional kind in his novels, and the real thing too.

Lyle’s new book, A-LIST, is about a star actor accused of killing his young girlfriend. It’s the second in the Jake Longly series, featuring an ex-baseball pitcher and somewhat unorthodox private investigator who works (not always well) for his father.

“In this one,” Lyle explains, “Jake and girlfriend Nicole are asked by Nicole’s uncle Charles Balfour—big-time producer and director—to go to New Orleans, where Uncle Charles’ franchise A-List actor Kirk Ford has awakened with a dead girl in his bed at the famous Monteleone Hotel. Oh, the girl is a college co-ed who just happens to be the niece of Tony Guidry, a ruthless, mafia-type. Things go sideways in a hurry.”

Lyle says he created the Jake Longly character, who first appeared in Deep Six last year, to make this series comedic as well as a good mystery/thriller.

“I wanted Jake, the protagonist, to have certain qualities. Good-looking, always a hit with the ladies, not overly ambitious, not the smartest guy on the planet but smart in his own way, and likable. I also wanted him to have conflicts with his father, who is an entirely different person than Jake. But mainly, I wanted him to be a handsome, ex-jock who more or less skates through life, having fun and avoiding major conflicts.”

Adding to the fun is Nicole, Jake’s sexy girlfriend and partner on his cases. “Nicole is actually one of my favorite characters,” Lyle says. “She is achingly beautiful but not an airhead. Not even close. She’s focused, smart, sarcastic, and knows how to handle Jake, and just about any other situation. I didn’t want her to be the beautiful sidekick or the victim or any other one-dimensional cutout character. I wanted her to have substance and indeed in the stories she is often the one who comes up with the solution to the problem—and is instrumental to the resolution.”

But as well-known as Lyle is as a thriller writer (he’s won numerous fiction awards), he’s also renowned for his real-life expertise in medicine and forensics. A practicing cardiologist, Lyle writes popular non-fiction books on the subject of forensic science. And he maintains a unique medical/forensic website­—The Crime Fiction Writer’s Forensics Blog—where countless writers come for his advice on how to murder someone in their novels or on screen.

This has included many top-selling thriller authors as well as TV crime shows such as Law & Order; Diagnosis Murder; Monk; Cold Case; CSI: Miami; and Medium.

“I think I have about 6,000 questions on my computer from writers over the past 20 years. I work with both novelists and screenwriters. Most of the questions either have a medical or a forensic science slant such as how poisons work, what various traumas look like, how DNA works, and in each case, the questions are geared toward solving a story problem.

“I’ve been asked some amazing questions over the years including things like, would Abraham Lincoln have survived with modern medicine, how did David kill Goliath, what would a corpse look like on Mars, or in a swamp or a freezer, how does vampire blood work, what poison would mimic a heart attack, is there a poison that is untraceable, what happens when someone is hanged, or drowned, or beheaded? The list goes on and on.”

There is even a story about how he once helped novelist and TV writer Lee Goldberg with his plot issues—and also possibly saved his life by diagnosing him with dangerously high cholesterol as a cardiologist.

“I love the guy. Lee and I have worked together on many stories over the years. I helped him with several of his TV scripts as well as the Monk and Diagnosis Murder books he wrote—and a couple of the ones he’s doing with Janet Evanovich now,” Lyle says. “As for his cholesterol, we were having dinner one night at a conference many years ago, both of us having steaks, and the subject of cholesterol came up. I asked him when he last had his checked and he gave me a blank stare. I had him tested and we went from there.”

So how did Lyle go from a career in medicine as a cardiologist to becoming a writer?

“I grew up in the South, where everyone can tell a story, and I grew up in a family of storytellers. So I could always spin a yarn but I wasn’t sure I could write one. I always said that when I retired I would begin to write. But 20 to 25 years ago now I decided, if not now when? I took some night classes at the University of California, Irvine writing program, joined a couple of critique groups, and began writing. I found out that spinning a yarn is an entirely different animal than writing one. But it’s been a fun ride.” 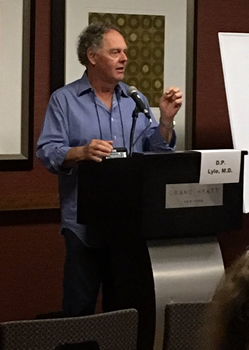 Lyle did two other mystery/thriller series before this one—the Dub Walker and the Samantha Cody series. Walker is a forensic and evidence expert, Cody an ex-cop and ex-professional boxer.

He said he loves both characters, but for now he’s concentrating on writing Jake Longly and a lot of other new stuff.

“I’m working on the next Jake Longly story. It will be set in Florida with all the craziness that goes on down there. I’m also working on a nonfiction project as well as a couple short stories. In addition, I’m working on another book that has an entirely new main character and will be the beginning of a new series.

“Then of course there are my ITW (International Thriller Writer) duties—putting together CraftFest, Master CraftFest, and Thriller School­—always ongoing projects. So, as usual, lots of balls in the air. But I like it that way. I’m not sure whether Dub or Sam will reappear, but it’s entirely possible. If I come across a story line that best fits them, then absolutely. If not, then that’s OK too.” 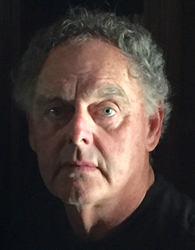 D. P. Lyle is the Macavity and Benjamin Franklin Silver Award winning and Edgar (2), Agatha, Anthony, Shamus, Scribe, Silver Falchion, and USA Today Best Book (2) Award nominated author of both non-fiction and fiction (the Samantha Cody, Dub Walker, and Jake Longly thriller series and the Royal Pains media tie-in series). Along with Jan Burke, he is the co-host of Crime and Science Radio. He has served as story consultant to many novelists and the screenwriters of shows such as Law & Order, CSI: Miami, Diagnosis Murder, Monk, Judging Amy, Peacemakers, Cold Case, House, Medium, Women’s Murder Club, 1-800-Missing, The Glades, and Pretty Little Liars.

Trend Report: The State of the Cozy

Between the Lines: Robert Crais