Detectives in Search of Themselves 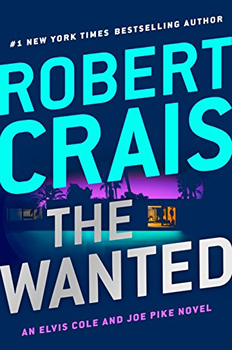 The sparks that eventually evolve into fully-formed novels appear to writers in different ways. A bit of dialogue. An evocative image. An unforgettable plot twist. It can vary, but it’s that initial burst of inspiration that gets the wheels rolling toward writing an actual book, even for the most well-known novelists. And, sometimes, that lasting, memorable bit appears completely out of left field.

Such was the case with the story behind the latest, all-but-guaranteed bestseller in Robert Crais’s long-running Elvis Cole/Joe Pike series, THE WANTED. Like previous Cole/Pike novels, it all started with an image. This time, however, the launching visual was a bit unexpected:  a cat. Regardless, that mental picture drew Crais into the next story he wanted to tell in his long-running series, setting the stage for one of Crais’s most evocative novels, which pulls his beloved characters, Elvis Cole and Joe Pike, into a dark underworld of high-stakes robbery, double-crosses, and murder.

“THE WANTED begins when a single mother comes to Elvis—she’s found things in her son’s room that disturb her,” Crais said. “Large amounts of cash, a $4,000 Rolex, things like that, fancy clothes. And the kid lies to her of course. And she comes to Elvis and says I want you to find out what he’s doing. And she of course is paranoid because he is a high school student. She believes he’s somehow involved in drugs or gangs. But it turns out not to be that at all. It’s something just as bad, maybe worse considering what happens along the course of the story. But for Elvis he finds himself in this, again, springing forth from that first moment when I knew there was a story in that moment with Elvis and his cat. He finds himself in a family unit, a dysfunctional family unit, where in essence he becomes the father figure by default.” 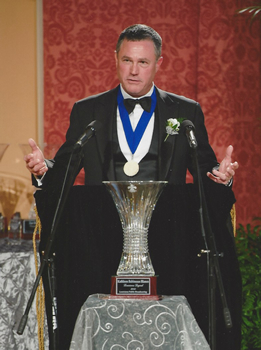 Crais, who in addition to writing dozens of bestselling thrillers, has a TV resume that includes stints on the writing staffs of shows like Miami Vice, Cagney & Lacey, and Hill Street Blues, points to his two detectives’ evolving lives and backstories as the main reason he continues to chronicle their adventures, decades later. Oh, and that darn cat.

“It’s always about a character moment,” Crais said. “In this book, I think it was the notion of Elvis realizing that he’s at a point in his life where personally all he has to show for himself is his cat. Now that in and of itself doesn’t lead to any kind of a story, but I think about these characters a lot. I mean, Elvis and Joe, the first book, was published in 1987. And [laughs] maybe it’s a sign of long term madness but these guys have been in my head pretty much every day for 30 years. They’re sort of like roommates; they’re shadow figures behind the plant in my office.”

While Crais’s best work is deftly plotted and loaded with suspenseful twists and unraveled mysteries, it was the idea of having Cole explore his own life choices and mortality that most interested Crais as he dove into THE WANTED.

“I find Cole and Pike fascinating. That’s why I guess I’ve given so many novels to them,” Crais said. “I guess I was seeing Elvis being in a very thoughtful, introspective mood. And his cat, who’s a main character in the book, walks in and Elvis had one line; one line came to me in that moment. And it’s Elvis saying, ‘I don’t have kids, I have a cat.’ 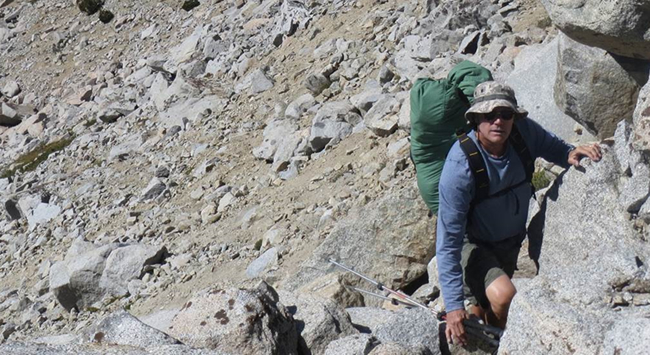 Hiking in the Sierra Nevada

“To the outside observer that may not seem like much, but that was the hook for me,” Crais continued. “Here’s this man, Elvis Cole, alone in his A-frame one night, and all I saw was this three second little clip, and that just moved me so deeply and in that moment my heart almost broke. It’s emotional hooks like that that really go in deep for me and drive me to chase stories. So from that singular moment, I built the story that became THE WANTED.”

Crais finds himself as engrossed in the evolution of his protagonists as his legions of fans. The difference is he has a major hand in guiding them along from book to book.

“They are men I wish I knew, they are men who, though I know an enormous amount about them, I don’t know everything about them,” Crais said. “I guess in a way that’s what I’ve continued to pursue over the course of all their novels. In each new book, I’m learning something new about Elvis Cole and Joe Pike.”

The latest Cole/Pike novel propels the characters forward, down a path Crais has been exploring since the very first Cole adventure, The Monkey’s Raincoat. 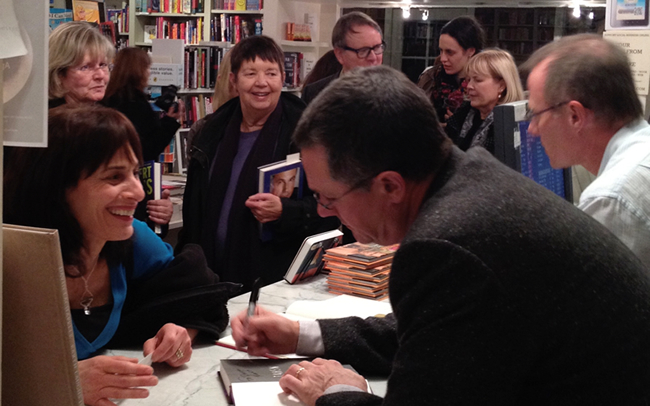 “THE WANTED goes back to Elvis’ ongoing arc across the series, and it took me a few books before I realized this, but at its core Elvis is constantly trying to create a family for himself,” Crais said. “There’s an old saying I heard a long time ago and it goes something like this — ‘Detectives are in search of themselves.’ That just struck me as true for Elvis Cole and for the stories that I’ve told in all his books. Ultimately, the detective is looking for a wholeness, he’s doing all the other things we want him to do: He’s uncovering the truth, he’s solving the crime, he’s being the avenger, he’s being the protector, but he does these things for a reason, and in Elvis’ case I think it’s because he has this big need to be that figure, not only in the lives of others but in his own life too.”

Crais made his writing bones working for television, but after a decade in Hollywood, he left the medium to take a stab at novels. It wasn’t until Crais channeled the skills he honed writing for the small screen that he saw some success, and connected with his passion for the work.

“When I left TV, I very much wanted to write books, and I started trying to transition out of TV,” Crais said. “But I had this notion in my head, erroneous and moronic, that the way writing was committed in television and films was by definition hackwork, and that true artists did not employ things like structure, or forethought, or any nonsense like that. A true artist simply approached the blank page, and began to type or scribble. Your eyes kind of roll back to your head. Yeah, and then without ever really thinking about something or investing in it, you get to the end. And you’ve got this marvellous story that you’ve created by magic. So I tried that, and that didn’t work.” 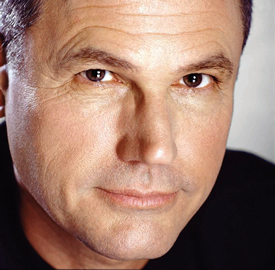 “Then I tried a second time, and I approached it in the same generalized way I’d done the first time, and I ended up with this mammoth 550 page stack of pages, and I realized, after re-reading it, that I had a 500 page beginning, and a 50 page ending, and no middle,” Crais said. “I put the brakes on after that second debacle and said, ‘You know, you’ve been telling some pretty good stories and writing some pretty good scripts in television, doing it the way you learned how to do it in television and movies, so maybe you should actually step back, employ all the lessons you’ve learned, think about these things, develop your characters, come up with an outline, find a story that actually matters to you, and approach it the same way you’ve approached everything you’ve been writing for the last 10 years.’ And that’s what I did with The Monkey’s Raincoat, and it ended up being a pretty good story.”

It’s that lesson that continues to inform Crais to this day, as the international bestsellers stack up and his series and standalones continue to collect high praise and readers. It’s also the strongest bit of advice he’d give to a writer breaking into the field today.

“Keep at it. Write what you love,” Crais said. “That may sound simplistic, but, I’ve just met so many people who, and all they wanna yap about is what’s hot now, what so-and-so publishers are buying now, or whatever the market is. Look, I guess that works for some people but not me. If you’re gonna invest this much time and energy and your life into something, well then, you might as well do it putting something down that you dearly love, you dearly enjoy, you wanna pursue and are inspired by. Because I have this innate belief that if you love it and you are inspired by it and entertained by it, then other people will be also.”