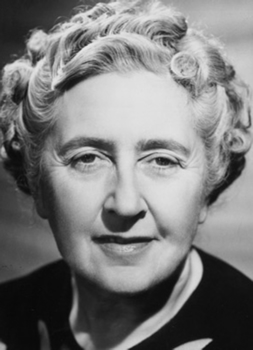 Agatha Christie is considered the grand dame of the Cozy Mystery, and Miss Marple the perfect protagonist.

“I specialize,” Agatha Christie once said, “in murders of quiet domestic interest.”

More than 100 years after the publication of The Mysterious Affair at Styles—her first novel of “quiet domestic interest”—readers continue to crave the classic whodunit, a story with a puzzle that they can solve alongside the protagonist. Novels with romantic subplots but no sex on the page, and notoriously absent of gore—a chance to enjoy the company of old friends, perhaps, with a little murder on the side.

By definition, the cozy mystery stands in sharp contrast to more male-oriented popular fiction, the hard-boiled thrillers unabashedly keen to transport readers on adventures filled with assassins, political intrigue, sex, and gratuitous violence. Cozies, on the other hand, strive to deliver a mystery within a world that is safe and relatable—but is then upended with a sprinkle of mayhem.

These stories often take place in quaint villages, beach towns, or small B&Bs, and the protagonist is more of a knitter than an international woman of mystery. Indeed, of greater importance than the murder itself is the occupation or hobby of the amateur sleuth when not solving puzzles.

“While the amateur detective has certainly stood the test of time, today’s amateur sleuth may be a doctor or lawyer or farmer,” says Wendy Tyson, author of both the Greenhouse Mysteries and Allison Campbell series. “They may not have access to the same tools as a police officer or private detective, but because of their regular profession, might be proficient with computers or know hackers who can get access to information. The amateur detective provides the writer with great freedom, and that freedom can translate into richly drawn worlds and characters with interesting personalities and unique jobs.” 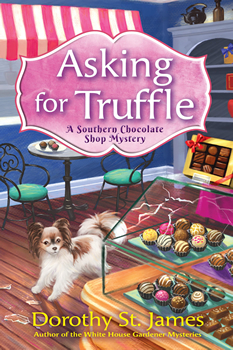 In fact, the sheer variety of hobby and career customization within the genre is mind-boggling. Multiple series take aim at gardeners, fashion designers, crafters, librarians, and a full complement of retailers. There are books about dog walkers and beekeepers, and yes, there are talking cats. And one can’t forget the hundreds of sleuths who own tea houses or bakeries—cupcakes, candy makers, and pastries, oh my!

Writers—and readers—may wonder, then, if there’s anything left to explore.

This slight “step outside of the box” may be another sign that while the rules of the genre remain stubbornly intact, the role of the amateur sleuth, and the place of the cozy in the marketplace, is ever evolving.

Dorothy McFalls—author of several cozy mysteries including her February 2018 release, Asking for Truffle—says when she returned to writing a year and a half ago, she found that the genre had changed dramatically.

“Publishers seemed to be moving away from the mass-market paperback books and toward hardcovers, trade paperbacks, and ebooks,” she says. “Berkley Prime Crime was cancelling many of its long-running series. It seemed as if midlist authors no longer had a place with what was one of the largest publishers of good, quality cozy mysteries.” 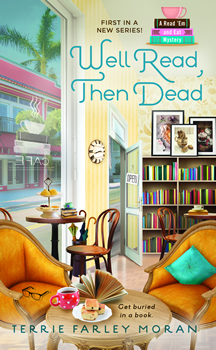 The shift prompted an uprising from authors, and the creation of the Save Our Cozies Facebook group. What began as a way for writers to share their fear of a fading genre has become a place for readers and authors to connect, a safe place to share good news, reviews and upcoming events, as well as a sounding board to talk about new publishing opportunities.

McFalls’s search, for instance, led her to Crooked Lane Books, one of several publishers keen to pick up the “save the cozies” gauntlet. Like most publishers, Crooked Lane has embraced the hardcover-first model, which McFalls says has forced her to learn how to market to a loyal audience who has, for the most part, remained unchanged.

Despite some push a few years back toward cozy mysteries reminiscent of Nancy Drew, or more targeted for younger readers, the profile of a typical cozy mystery reader is “overwhelmingly female, and overwhelmingly over 40,” says Josh Getzler, a literary agent with HSG Agency in New York City.

“When I get a query for a mystery, I’m generally thinking about women over 40,” he says. “Really, I’m thinking specifically of my client, the author Toni LoTempio, who both writes great cozies (with a communicative cat, often!) and reads a ton of them. She ended up being talented enough to take what she loved to read, and write about it entertainingly, and know EXACTLY what she and her friends would, themselves, want to read in a cozy.”

That’s the model for many writers of the classic Whodunit. Award-winning author of the Read ‘Em and Eat series, Terrie Farley Moran, says she is also drawn to the genre because it’s what she enjoys reading.

“The word cozy says so much. Some might take it to mean ‘soft’ and therefore not as serious as thriller or suspense mysteries. But I think cozy means relaxing. When life gets stressful, readers look for something interesting and soothing to read,” she says.

“Generally, the setting plays a prominent role in adding to the reader’s relaxation: the beach, the mountains, a farm, etc. The reader gets to know the characters in their environment, not just as part of a group connected by murder. The focus of the story is the puzzle of how and why the murder happened. We know someone is dead but we rarely read the ghastly details of how that happened. And yet, there is plenty for the reader to mull over while trying to solve the mystery.” 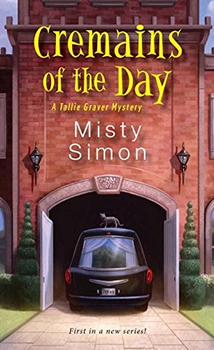 A broad canvas, in fact, with plenty of room to color outside of the traditional lines. Leslie Budewitz, author of the Food Lovers’ Village and the Spice Shop mysteries, says many authors, including herself, are doing just that by diving into social justice issues such as domestic abuse, homelessness, drug addiction, and even the high cost of prescription medicine.

“Others are experimenting with the usual expectations,” she says, noting the recent work of Barbara Ross, Gigi Pandian, and Sheila Connolly, along with newcomer Kellye Garrett. “Readers are responding with deep affection. It’s a great time for cozy authors, but especially for cozy readers. To paraphrase Mark Twain, rumors of the death of the cozy are exaggerated.”

“I actually feel really positive about the future of cozy mysteries,” she says. “To me, it seems that 5-10 years ago, cozy mysteries were becoming a little been-there, done-that, but as of late, there’s been an uptick in interest again. I think the creativity that’s coming to the genre is re-energizing readers. Cozies used to be just a couple of formulas, over and over again, but I’m seeing more surprises and variety lately.”

Getzler would love to see more historical in that mix, an area in which he has both great interest and a lot of experience—something, perhaps, with a royal underpinning.

“I have a huge soft spot for British and French cozies, particularly historical ones; and mysteries set in a royal court are evergreen,” he says. “I don’t need Henry VIII to solve the mystery, but I currently have an author where two of his wives make a great sleuth partnership. I’ll leave you guessing as to which two. But my client Tania Bayard just signed a deal with Crooked Lane for a novel where the amateur sleuth is a scribe in the French royal court. That’s a great kind of sleuth—the employee, the second-string noble, the servant—who can be clever and sharp, and still under the radar.”

And he cautions against leaning on common tropes or trying to latch on to trending themes.

“I think the theme mysteries had a very good, long run—an extended moment that lasted a number of years—that ended up creating a glut in the market. All of a sudden there weren’t one or two cupcake mysteries, but seven, with remarkably similar covers,” he says. “This, along with the demise of Borders and the smaller orders by B&N and the shrinking retail opportunities, meant that readers, while able to get their fill of MANY cupcake mysteries, didn’t necessarily become loyal to a particular writer.”

The result was an overall decline in sales per author, which caused some publishers—such as Berkley and St. Martin’s Press—to cut the number of cozies they published by a considerable margin, thus ensuing panic among the cozy writing community, and creating a negative disruption in the market.

“It was a correction, like in the stock market, and I think we are just starting to come out the other side,” he says. “Additionally, there was a sense that digital editions would take the place of mass market paperbacks, but that hasn’t panned out to the extent that I think we all (publishers and agents) had perhaps surmised. So, I wouldn’t be surprised to see a bit of a rebirth of cozies in around three years or so, with perhaps a re-established mass paperback market as well.”

Kensington has certainly seen that trend begin to emerge. Sogah says cozies play a big role in the company’s publishing plan, not only by increasing the number of cozy mysteries released monthly, but also in a series of regional mystery conventions—aka: Cozy Club Mini-Cons—the publisher has planned for 2018 and beyond.

And for writers and readers not quite willing to give up hope on a young adult twist on the cozy, Kensington may have a plan for that, as well.

“I love the idea of YA cozies—I was a huge reader of Nancy Drew and Encyclopedia Brown,” Sogah says. “While YA isn’t my specialty, I think the success of authors like Ally Carter indicated there’s definitely room for intrigue and mystery in YA. One of the things you learn in genre fiction is that each genre has a sort of unwritten contract with the reader. Reader expectation really matters, and while you can certainly expand those expectations, you can’t subvert them entirely. So even though there’s little to no violence, romance, or cursing on the page, I think many cozy authors are pushing the boundaries in all sorts of wonderful ways—and being embraced by readers when doing so.”