True Crime Turns All Too Real 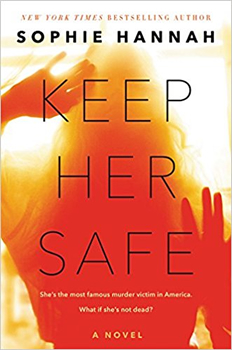 One year, when British novelist Sophie Hannah was on a book tour in America, she found that every time she turned on the television in a hotel room, the news  was about Florida native Casey Anthony, arrested in 2008 in the disappearance of her daughter, Caylee. Hannah was blown away by the strength of the opinions of those declaring Anthony guilty—“Especially Nancy Grace!”— and taken aback that these discussions could even take place in the media before Anthony was found guilty in a courtroom.

“When I came home, I would mention the Casey Anthony story, and everyone would say, ‘Who?’” At that moment, Hannah was struck by these starkly different perspectives on a crime story: in the United States, media saturation, and in the United Kingdom, complete obliviousness. Part of it has to do with the different laws governing pre-trial publicity and libel in the UK. But when it came time to think of a plot for her new novel, Hannah took on the issue, writing what it would be like for a British person to stumble on a real-life victim of an infamous American crime she’d never heard of, and the consequences.

In that thriller, KEEP HER SAFE, Hannah tells the specific story of Cara Burrows, an English wife and mother stressed to the breaking point by her family, who escapes to a five-star spa in Arizona to think through her life. But when, exhausted, she arrives at the hotel, a mistake at the front desk puts her in the same room as a rather strange girl and an adult man who comes across as a bit menacing. The next day, Burrows realizes after another guest starts going off on a sighting, and she does some research, that the girl Burrows saw the night before was Melody Chapa, the most famous murder victim in America, definitely alive but perhaps not so well.

It’s a suspenseful and provocative story from Hannah, who is a New York Times bestselling author of psychological thrillers as well as the authorized writer of the new Hercule Poirot mysteries approved by the estate of Agatha Christie. The two types of books might not be as far apart as you assume, since Christie liked to populate her novels with characters of twisted psychology.

In KEEP HER SAFE, Hannah sets the story within meticulously detailed, authentic surroundings. The Arizona spa, described with biting wit, come thanks to Hannah’s stays in Phoenix and Tucson area hotels on past book tours. The main character is a fully dimensional, bright yet ordinary woman, propelled into an unfolding nightmare. “I like to work with an outlandish premise, grounded in reality,” Hannah explains. It seems like great fun to write about facial treatments while a murder story is unfolding a couple of cabanas over. But Hannah also revels in the darkest possibilities of high-stakes psychological suspense. In a murder mystery, the reader has a pretty good idea how a story will proceed. “I want the reader to think, ‘What is going on here—what could possibly be an explanation?’”

In its review, Kirkus says, “Hannah continues her quest to identify all the reassuring certitudes mystery novels take for granted and demonstrate how much fun it is to toss them overboard. There’s no point in objecting to the coincidences and implausibilities required to launch this brilliant nightmare: resistance is futile.” 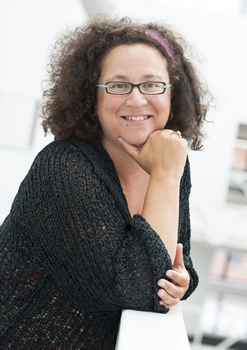 What are the secrets to Hannah’s ability to pull off these novels? It turns out she is not only a prolific, but a highly organized writer, coming up with story architecture in her chapter-by-chapter plan. Once the plot is thought out, Hannah can plunge into character development and darkly comic writerly flourishes. Hannah has an academic background to her publishing success as well. From 1997 to 1999 she was Fellow Commoner in Creative Arts at Trinity College, Cambridge, and between 1999 and 2001 a junior research fellow of Wolfson College, Oxford.  She lives with her husband and two children in Cambridge today.

In KEEP HER SAFE, Hannah has points she wants to make about media coverage of famous murders, how addictive it can be (she found herself hopelessly obsessed with Casey Anthony) and how people, whether they turn out to be guilty or not, can come across the wrong way on television and so be forever doomed in the public eye. “Even innocent people can have suspicious details to them,” Hannah says. “It’s very easy to lose focus.”