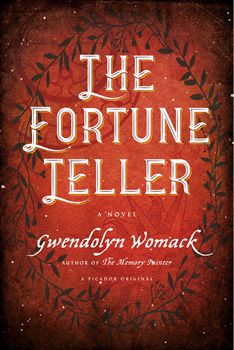 When it was time to forge the framework of her second novel, Gwendolyn Womack found structure in an unlikely place: tucked away in a deck of tarot cards.

“I’ve had the idea to write a tarot story for years, where each chapter would be a card,” Womack tells The Big Thrill. “The Major Arcana in the tarot are 22 cards that form a progression, and I wanted to use that as a story arc—start with ‘The Fool’ and end with ‘The World.’ ”

It’s an unconventional approach that pays dividends in THE FORTUNE TELLER, Womack’s follow-up to her genre-bending debut novel The Memory Painter. The new, standalone thriller, which combines elements of romance, suspense, historical fiction, and the supernatural, centers on Semele Cavnow, an antiques appraiser tasked with sorting through the library of a famed manuscript collector. When Semele finds a manuscript that details the creation of the world’s first tarot deck, she’s intrigued; when the ancient text is revealed to be the memoir of a powerful seer who seems to be reaching out specifically to Semele, the appraiser is swept into a dangerous conspiracy rooted in her own mysterious past. It’s a story that’s been brewing in Womack’s imagination for years now, inspired by both history and myth.

“When I was in high school and college I taught myself how to read cards, and tarot history was something I wanted to know more about,” Womack explains. “There is an old myth, completely discredited by historians, that tarot symbols came from ancient Egypt and had been housed at the Library of Alexandria. Well, that myth was just too tempting for me not to explore, particularly since the origins of tarot have never been discovered. As I was finishing writing The Memory Painter, which travels back to ancient Egypt and the Great Pyramid, it felt like the perfect story to write next.”

Womack says the “eureka” moment came when she realized the novel could, at least in part, take the shape of a memoir written by the seer whose prophecy sets the story in motion. She settled on a dual-storyline structure that alternates between Semele finding and translating the memoir and the memoir itself, which stretches across two thousand years.

“Once the idea of a dual storyline was firmly fixed in my mind,” Womack says, “everything started falling into place.” 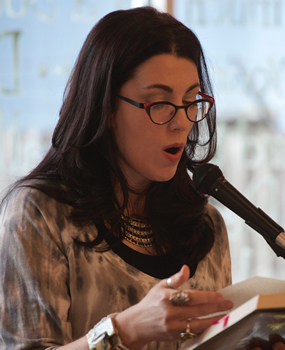 While the story is intensely imaginative, Womack threw herself into an exhaustive course of research as THE FORTUNE TELLER took shape. A bibliography on her website hints at the expanse of her undertaking: the list of sources is divided into sections on tarot, science, antiquities, and the biographies and history texts that informed the novel’s sprawling timeline.

“For the history of tarot, I relied heavily on two books: A History of the Occult Tarot and A Wicked Pack of Cards,” Womack notes. “And for the present-day storyline and the main character, I researched conservation programs and joined The Manuscript Society—a fantastic society of collectors. I also got a subscription to Fine Books & Collections magazine. I went to New York, where a lot of the story takes place, and basically location-scouted with a camera. Then I emailed conservators at the Beinecke Rare Book & Manuscript Library in New Haven—another location in the book—with questions. Looking back, the story was research-intensive but I tended to parse it out as I was writing so it wasn’t overwhelming.”

For Womack, THE FORTUNE TELLER is the latest stop in a journey that spans more than two decades, three continents, and, in a manner of speaking, several lives. In 1993, Womack was living in Russia, working with theater companies on an independent study. That eventually led her to the California Institute of the Arts’ MFA program in Directing Theatre, Video and Cinema, where she realized her true passion lay in writing, not directing.

“Feature screenplays seemed like the obvious next step and I did that for several years, developing material with producers and having a few scripts optioned,” she recalls. “But I always knew at some point I would write a novel. It was something I felt I needed to do.”

The opportunity finally presented itself when Womack’s husband accepted a job in Japan, giving her some much-needed distance from the world of film production.

“It seemed like the perfect time to try [writing a novel],” she says. “I was going to be off the grid, so to speak, in terms of screenwriting, and I had been growing weary of the challenges of getting a script financed to have a life. I wanted the words on the page to be the final stop for the story, and I wanted to connect directly with readers. I sat down at the keyboard with no expectations except to try, and in the process fell in love with writing again. I finally found what I’d been looking for as a writer.” 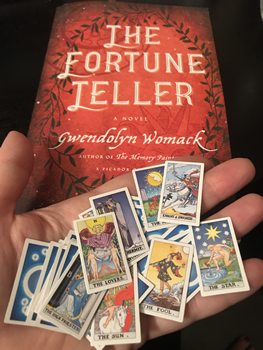 The result was The Memory Painter, which earned Womack representation by Brianne Johnson of Writers House and, eventually, a book deal with Picador, an imprint of Macmillan.

“I found my way to Brianne and Writers House though the old-fashioned process of querying, but it took a while,” Womack admits. “I was stuck in Queryland from November 2011 to November 2012, almost a year to the day. By late spring during the process I realized my opening chapters weren’t starting the story off right. So I took several months off and did major surgery on the manuscript, particularly the first five chapters. Then I queried Brianne, owning up to the fact that an agent at Writers House had passed on me the year before. But I said I believed writing was rewriting and would she give me another chance? She read the first five pages and asked for the partial, then the full manuscript and offered to rep me. I look back on that hard year and am thankful I kept going. Brianne is a huge support and my first reader, which is why I want to recommend to all the writers going through the same process, don’t give up and keep trying to improve your work.”

Womack wasn’t at liberty to share details of her next novel at press time, but she promises another time-travelling romantic thriller—albeit one that takes a very different track than her two previous novels.

“The idea for the story came to me while I was writing The Memory Painter,” she says. “The main character and the opening scene hit me full on, so I knew I had to write it after THE FORTUNE TELLER. I’m looking forward to sharing more about the story when it’s ready.” 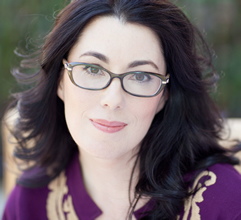 Gwendolyn Womack writes novels that combine suspense, history, and romance with a twist of science fiction. Her debut novel, reincarnation thriller The Memory Painter, was published in 2015 by Picador/Macmillan and won the RWA Prism Award for Time Travel. Gwendolyn explores metaphysical ideas, the ancient world, and the para-sciences for her inspiration. She lives in Los Angeles with her husband and son.