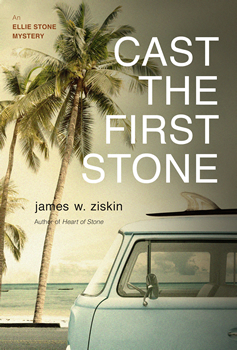 Hollywood in the 1960s may strike some as a magical time and place, full of celebrity sightings, historic film moments and a simpler, more glamorous world. But that idyllic idea is destroyed in the pages of James Ziskin’s latest Ellie Stone mystery, CAST THE FIRST STONE, as the young New York newspaper reporter finds herself embroiled in a missing person’s case that has the bigwigs of the movie town jittery, nervous and willing to do anything to cover their tracks.

CAST THE FIRST STONE marks Ziskin’s fifth Ellie Stone mystery, and perhaps his best yet, as he weaves a tale of a lost era and the unjust perceptions and rulings of a time that might remind many of the troubles we see in our own world, today.

The Big Thrill had the chance to discuss CAST THE FIRST STONE with Ziskin.

James, what can you tell us about your latest Ellie Stone book, CAST THE FIRST STONE?

You got an hour? CAST THE FIRST STONE takes place in February 1962 in Los Angeles. Ellie has been dispatched from provincial New Holland, New York, to profile a local boy, Tony Eberle, who’s landed his first role in a real Hollywood movie. But when she arrives on set to meet him, he’s AWOL and is fired from the picture on the first day of shooting. Then the movie’s producer turns up dead. Murdered. Ellie’s hunt for Tony draws her into the secretive world of Hollywood’s closeted gay community of the early 1960s.

As the title indicates, the principal theme in CAST THE FIRST STONE is judgment. Ultimately, I hope there’s some measure of understanding and acceptance. And today, more than 50 years later than the story I’m telling, I think these are as topical as ever. 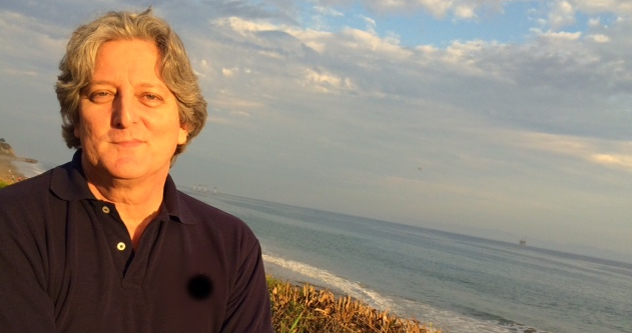 I agree. Now, this is your fifth Stone book. How has the series evolved over time? Do you find the character of Stone and her supporting cast have changed?

Ellie has gained experience and confidence. After her harrowing experience in the first book, Styx & Stone, she’s become tougher and funnier. And most important, more caring and empathetic toward the victims in these books. As the series has matured, I’ve tried to examine some of the social issues of the time—the early 1960s—including sexual freedom (No Stone Unturned), child abuse (Stone Cold Dead), Cold War tensions and religious passions (Heart of Stone), and now, in CAST THE FIRST STONE, the suffering and secrecy of closeted gays before Stonewall and the gay rights movement.

As for the supporting cast, Ellie’s dearest friend, Fadge, is still carrying a torch for her. He’s her muscle, when needed, and sounding board. Watson to her Holmes. They’re developing an uncanny, unspoken communication between them, which will be on display front and center in A Stone’s Throw, book six, in June 2018.

Frank Olney has grown from an impatient, rather surly sheriff into a friend and a father figure to Ellie. Her editor, Charlie Reese, continues to mentor her, though she’s fast approaching the day when she’ll eclipse the teacher. And, of course, Ellie’s rival at the newspaper, George “Georgie Porgy” Walsh is as insufferable as ever. And no match for her wit and practical jokes.

I write one book a year. In January and February, I’m revising the previous book as I plot the new one. There’s a lot of research, reading, and staring off into space at this stage. In March and April, I’m busy preparing the promotion of the previous book. Scheduling signings, readings, and writing guest blogs. I’m also finalizing the outline for the current book. Once that’s done, usually by May or June, I dive into the actual writing. Then it’s a long, steady slog of 800-1,000 words a day for three-and-a-half or four months to finish the first draft. I keep a spreadsheet and track my progress, daily word count, and weekly averages. It becomes an obsession, and that inspires me to write even if it’s late, I’m tired, and haven’t yet written a word that day. I’ve got to keep the streak going, the average up.

When the first draft is done (September or October), I revise for two or three months, even after I’ve delivered the manuscript to my publisher. I probably do seven complete edits in addition to the ones my publisher does. And it’s still not enough. That brings us back to January/February. Time to start a new book.

The cycle never rests, it seems. You mentioned research. Are there specific things—true crime cases, experiences—that inspired CAST THE FIRST STONE? What makes it different from the first four novels in the series? 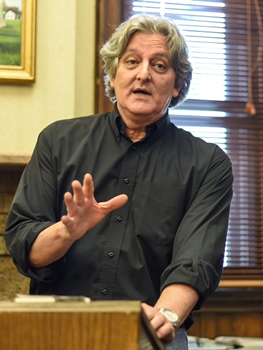 I’ve had an idea in my head for many years. A story about an actor who goes to Los Angeles with great expectations to make it in the movies. But he fails. He’s ashamed and worries what the people back in his hometown will think. Then I stumbled upon a short memoir called Gay Bar, written by a grandmother named Helen P. Branson in the late 1950s. The book chronicles her experiences running a gay bar in 1950s Los Angeles. I thought about the closeted gay actors of that era and wondered how my story might turn out if my local boy was running in those circles. And how might Ellie succeed in breaching the wall of silence and distrust. The secrecy of the closed community enhances the mystery in CAST THE FIRST STONE. There’s so much for these characters to hide, which only makes Ellie’s job more difficult.

I suppose what separates CAST THE FIRST STONE from the other books, is that Ellie is in the uncomfortable position of judging others for what they do behind closed doors, instead of them judging her. It was a enlightening and transformative twist for me as a writer.

Having written five books in the Stone series, how do you feel about ongoing series vs. standalone novels?

I believe writing a story is basically putting off the ending for as long as you can, all the while keeping the reader engaged and entertained. And if that’s so, I recognize that some writers prefer to do that in two or three hundred pages. Others want to do the same over five books. For a writer, I suppose it comes down to a choice. A choice of how you want to deliver your story. What wrapper do you want to put around it? A tweet, a limerick, a short story? Standalone novel, series, or epic poem? They all can work. Writers just have to decide which one suits their particular story.

In my case, I’ve chosen to write a series, which gives me tremendous satisfaction. But I’m also working on a standalone, which I’ll finish after A Stone’s Throw. It’s a thriller set in India during the Emergency in the mid-1970s. A journalist, stranger in a strange land, lands in Bombay just as Indira Gandhi suspends democratic process. Hilarity ensures. (Just kidding.)

What advice would you pass along to a new writer looking to break into the field?

There is so much advice floating around there for aspiring writers. And I believe it all can be boiled down to four words:

READ. It’s a lifetime commitment to growing and learning.

WRITE. This is the sine qua non. Writers write.

REVISE. If you want to write a good or exceptional book, revise until you’re so sick of your book you can’t look at it anymore. That’s when you have permission to show it to someone else.

REPEAT. Do those three things again. And don’t stop.

You mentioned research earlier. What were some of the things you spent time with in preparation for the writing of this book?

Research plays a huge role in writing these books. But I’ve come to realize that that’s true for all books. At least my subject isn’t a moving target, like technology is for thriller writers dealing with present day.

For CAST THE FIRST STONE, I spent a lot of time agonizing over the weeding out of anachronistic language. Which words were used at the time? Gay, straight, slurs, clinical language. It can be a challenge to establish timelines for such usage. Then balancing the accuracy of your research against the expectations of a twenty-first century reader.

Even more daunting was trying to capture the attitudes and prejudices of the time. That included the struggle over using terms that are highly offensive today but were common and acceptable in 1962. And it was doubly sensitive since Ellie is my narrator. My editor and I both worried that Ellie might be harmed as a character if she used such language in her narration. At the same time, I didn’t want to impose twenty-first-century sensibilities in a midcentury young woman. And while Ellie is a broad-minded progressive for her time, I wanted to be sure she didn’t come across as a time-traveler transported back to 1962. We walked a tightrope.

James W. Ziskin is the author of the Ellie Stone mysteries Styx & Stone, No Stone Unturned, Stone Cold Dead, and Heart of Stone, a 2017 Edgar® Award nominee. A linguist by training, Ziskin was director of New York University’s Casa Italiana Zerilli-Marimò for five years, where he collaborated with an impressive catalogue of writers, journalists, and academics on cultural and educational events.