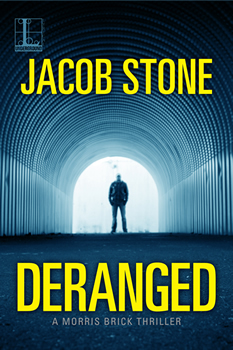 They call him the Skull Cracker Killer. He drugs his victims. Breaks open their skulls with a hammer and chisel. The rest is inhuman. Five years ago he terrorized New York City, claiming twelve victims before the killing stopped. Now he’s racking up victims on a fresh hunting ground. Where former LAPD homicide detective Morris Brick is working as a consultant on a serial-killer film. Where a desperate mayor pleads with Brick to take on the case. And where the only way he can stop the next wave of murders is by outsmarting a madman—before he strikes again, this time much too close to home . . .

The Big Thrill recently caught up with the author to learn more about this exciting new series.

What first drew you to writing crime stories?

I’ve been an avid reader of crime and mystery fiction since I was a teenager. Some of my favorite writers include Dashiell Hammett, Rex Stout, James M. Cain, Jim Thompson, Donald Westlake, and Ross Macdonald, and so it made sense that when I started writing I’d be drawn to crime fiction, although I also write horror. So far I’ve had eleven novels published (DERANGED will be my 12th), as well as dozens of short stories, and I’ve written everything from lighthearted and amusing mysteries to pitch-black noir.  While there’s a big difference between my lighthearted Julius Katz stories and my noir novels, like Small Crimes and Pariah, what they have in common is that the stories are driven by tension and suspense, and even humor, and those elements are partly why I enjoy writing crime fiction so much.

Tell us about your character, Morris Brick.  What has his journey been like up to this point?

While my previous novels were all standalones, DERANGED was planned from the start to be the first of a crime thriller series. I wanted to have characters that I’d want to spend many years with, and so a lot of thought went into who these characters were and their histories. Morris Brick is a good man. Smart, tough, dependable, hardnosed, and relentless when it comes to solving a case. Physically he’s short and compact, and somewhat funny looking as he resembles his bull terrier, Parker. He’s happily married to a beautiful and compassionate woman, Natalie, and has a twenty-two year-old daughter who has his toughness. Morris is a former LAPD detective who had achieved a minor celebrity status by catching several notorious serial killers, and has started MBI (Morris Brick Investigations), which is staffed with several other former LAPD detectives. The team will act as an extended family of sorts, with the usual family squabbles and goodhearted jibes. A good part of Morris’s reason for starting MBI was to move away from homicide investigations, particularly serial killers, but he finds himself sucked right back into that world with DERANGED.

This is true of all good fiction, but you want the reader fully invested, and you want to keep building tension. Crime thrillers (like DERANGED) have a special rhythm and pattern. A quicker pace, more twists and surprises, and the end of each chapter should make the reader anxious to keep reading.

The second book in the series, Crazed, will be out next September, and the third, Malicious, will be published March 2018. The film based on my noir novel, Small Crimes, will be premiering this March in Austin at the SXWS festival and I’ve been told will be in theaters in June, and my latest Julius Katz mystery story, Cramer in Trouble, will be in the March/April issue of Ellery Queen Mystery Magazine. I’m also currently working on the 4th Morris Brick thriller. 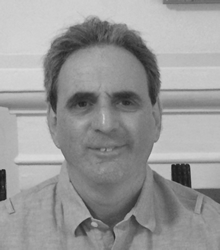 Jacob Stone is a pseudonym for award winning crime, horror and mystery writer Dave Zeltserman. Dave’s crime and horror novels have been named by The Washington Post, NPR, American Library Association, WBUR, and Booklist as best books of the year. His mystery short fiction has won the Shamus, Derringer and Ellery Queen’s Readers Choice award (twice). A film version of his novel SMALL CRIMES was was made by Rumble Films (Whiplash, Drive) last summer starring Nikolaj Coster-Waldau, Molly Parker, Gary Cole, Jacki Weaver, and Robert Forster and is scheduled for a June 2017 theatrical release.