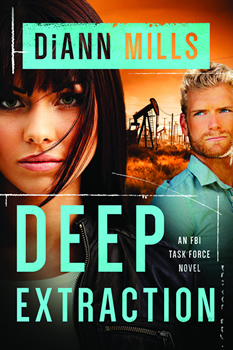 DiAnn Mills wrote her first book on a Big Chief notepad with a #2 pencil. Asked about her journey toward becoming a bestselling author of Christian romantic suspense, she says, “I always enjoyed creating story, deepening characterization, and placing heroes and heroines in difficult places. The older I got, the more trouble those characters got into. But I didn’t take writing seriously until 1996 when my husband said, ‘Stop telling me you’re going to write a book one day. Just do it. Quit your job. I give you one year to see if anything is published.’”

A Type A personality, Mills took his challenge seriously.

“My new job was writing,” she says, “and I approached it with passion and enthusiasm.” She read how-to books, attended writing workshops and conferences, became involved in writing and critique groups, and wrote a set number of words every day. Two years later, her first book was released. “Not sure if my husband ever regretted the challenge, but I will say he’s my best cheerleader. He believed in me when I didn’t.”

DiAnn believes her readers should expect an adventure, and she does her best to deliver. To ensure an authentic experience, she once rode the line with the Border Patrol in McAllen, Texas. Another time, she traveled to Southern Sudan to research a novel.

Her titles have appeared on the CBA and ECPA bestseller lists; won two Christy Awards; and been finalists for the RITA, Daphne Du Maurier, Inspirational Readers’ Choice, and Carol award contests. Firewall, the first book in her Houston: FBI series, was listed by Library Journal as one of the best Christian fiction books of 2014.

She enjoys hearing from readers and is active online—and in life, as a founding board member of the American Christian Fiction Writers and a member of multiple professional organizations, including ITW. She teaches writing workshops around the country and is co-director of The Blue Ridge Mountain Christian Writers Conference with social media specialist, Edie Melson. She even roasts her own coffee beans!

Somehow in the midst of all this activity, she’s found time to write 70 novels, novellas, and nonfiction books. Let’s welcome her to The Big Thrill.

Congratulations on the release of DEEP EXTRACTION, DiAnn. What was the inspiration for it?

To show life and people aren’t always as they seem. Sometimes those we trust betray us. When we are hit by an unexpected relationship bomb, how we grow into better people becomes a role model for others.

A major theme of the book is how even people we know well have hidden facets. Can you tell us a little bit about how you reinforced that theme throughout the book?

My heroine believed she knew her best friend’s husband, a man who was the epitome of leadership, a charitable contributor, and an outstanding husband and father. Until he died. Then the truth slowly surfaced. My heroine had a powerful demon, and she believed no one could ever figure it out. My hero attempted to avoid the past, but neither my hero nor my heroine could grow into better people without facing what they thought was hidden.

Why do you think romantic suspense is such a consistently popular genre? What’s the secret of its lasting appeal?

We live in a dangerous world, and learning there are trained people who are committed to protecting us from this danger is . . . comforting. We are also a people who cherish love. It’s a gift, a treasure, and when two people fall in love, we feel the world’s a better place. Combine our longing and value of love with danger, and the reader keeps turning pages.

Balancing the romance with the suspense sounds challenging. How do you do it?

This is one of my most difficult parts of writing romantic suspense. Too often I get involved with the suspense and take it for granted that the reader understands that the hero and heroine are finding a mutual attraction. One of the reasons writing the romance is hard falls under the chronological aspect of the book. My stories take place in less than two weeks, and I don’t want to give the impression that real love is at first sight. By the end of the story, I want my hero and heroine to realize, “Hey, this is real. I want to explore where this relationship might be leading.” When I realize my book is not balanced with romance, I go back through and show in subtext, body language, and special moments where the couple is headed.

What do you think distinguishes your books from other romantic suspense novels?

My voice. I’m Christian and although my books aren’t preachy, I do have at least one character who solves his/her problems from a Christian worldview.

I write tight. I’m not one to dive into flowery sentences and lengthy narrative.

Character means everything to me.

I also toy with dialogue in my head before writing it, switching points of view mentally to figure out how the character would say a line and what kind of body language he/she would use. I’m always working on the craft.

Can you share a little bit about your writing process?

I’m up at 5:15. I read my Bible and pray, then do social media. I grab my laptop and head to the treadmill where I walk six to seven miles and work on my story. After breakfast and a much needed shower, I finish my word count. Afternoons are spent writing blogs, reading blogs and how-to books, reading in my genre, preparing to teach writing, and finishing up word count. I also work after dinner. While my husband watches TV, I have my laptop on the sofa beside him.

I’m a huge fan of social media. When a book has gone through the editing stage, I create a spreadsheet that includes all my contacts for guest blogging, articles, and various opportunities for ads and banners. I then write several blogs while the story is fresh, create Facebook and Twitter posts, and engage my Dream Team (street team) to help me get the word out. I have tons of fun designing a secret Pinterest board about my book—then making it public it when the book is released. If we had room, I’d tell you about my fabulous marketing and promotion support at Tyndale and my amazing Dream Team. Marketing and promotion is not a solo project: Success is a We Project. In short, I do lots of things including visiting retail stores and libraries, thanking them for carrying my books, and distributing bookmarks.

Have passion for all you do. No one is ever successful by attempting projects with a mediocre mindset. If a writer needs help with the craft, make it happen. If a writer isn’t sure about establishing a brand and a social media platform, make it happen. Never stop learning and never give up!

What’s next? Will we see more of Tori and Cole?

The working title for the third book in the FBI Task Force is High Treason. The FBI and CIA team up to protect a Saudi prince who’s been threatened on U.S. soil. Tori and Cole are working on another case. 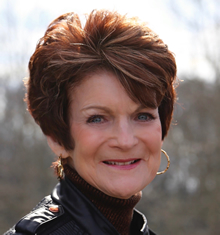 DiAnn is a founding board member of the American Christian Fiction Writers, a member of Advanced Writers and Speakers Association, Sisters in Crime, and International Thriller Writers. She is co-director of The Blue Ridge Mountain Christian Writers Conference and The Author Roadmap with social media specialist Edie Melson where she continues her passion of helping other writers be successful. She speaks to various groups and teaches writing workshops around the country.