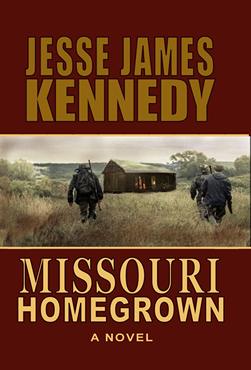 When the McCray’s, a family of backwoods Missouri marijuana farmers, signature strain begins to infringe on the St. Louis market, a Mexican Cartel that had recently taken over the city’s drug trade, sends a dozen Cartel soldiers to dispatch the small time growers. The McCray’s slaughter the hit squad and desecrate the bodies, kicking off a war between the two crime families. Unbeknownst to the McCray’s, one of the Cartel soldiers they killed was an undercover F.B.I. agent. Jill Murphy, a bi-racial F.B.I. agent, is chosen to lead a team to the McCray’s hometown to investigate them for the murder of the agent, Jill assumes the identity of a local girl who left town as a child by blackmailing the girl’s father to pass her off as his long lost daughter. With her cover established, she is accepted into the community and quickly establishes a surprisingly easy and comfortable bond with the McCray’s. Things come to a head on a steamy Missouri night when the McCray’s, the Cartel ,and the F.B.I. collide in an explosion of violence that will change all of their lives forever and end some altogether.

Author Jesse James Kennedy took some time out of his busy schedule to discuss MISSOURI HOMEGROWN with The Big Thrill:

I hope they wipe their brow and say, “Wow! That was a ride. I wonder what happens next.” The book is meant to be the first in a three book series.

Mostly just the process of writing, and what an act of faith it is.

My nephew did some time in prison, and spent a lot of time in the hole. He asked me to send him some short stories to help him pass the time. He read all them and asked me to write something longer. I began writing a longer story, sending him chapters as I wrote them. He got out of the hole, passed the chapters around to other inmates and a couple guards, they all liked them and asked for more. I kept going and those chapters ended up becoming my novel.

I still think Dostoyevsky is the best writer, the way he showed you every corner of his characters subconscious made me want to be a writer. Daniel Woodrell showed me that I could write the kind of stories I wanted to, about the kind of people I know. 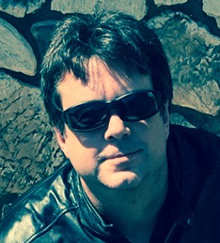 An Unsettling Crime for Samuel Craddock by Terry Shames