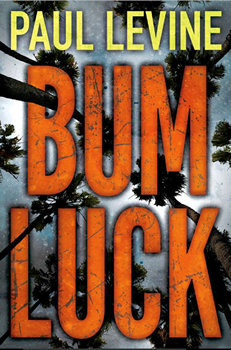 Second-string linebacker turned trial lawyer Jake Lassiter squares off against his toughest, most unpredictable adversary yet: himself.

The downward spiral begins when Jake’s client, Miami Dolphins’ running back Thunder Thurston, is cleared of murdering his wife. Jake didn’t expect to win, didn’t want to win, since he is sure his client is guilty. When Thurston walks free, Lassiter vows to seek his own kind of justice. Vigilante justice.

Law partners Steve Solomon and Victoria Lord can’t believe their friend has become so obsessed with killing Thurston. Convinced Jake’s unhinged behavior is due to concussions suffered during his pro football career, they beg him to seek treatment. But as Lassiter’s fixation on vengeance grows, Solomon and Lord wonder if they’re too late to help. Is it game over for Jake’s career…and his life?

I never try to be didactic. Generally, I want to entertain.

Still…I always like to deliver information the reader doesn’t already know. In BUM LUCK, that would be startling new information about brain injuries (C.T.E.) suffered by football players and others in contact sports. It’s not just a story for the sports pages.

The NFL’s shameful subterfuge about the disease is similar to tobacco companies’ practices in denying for decades the lethal effect of smoking. (The book makes this point, hopefully in an entertaining—not preachy—way).

The book is dedicated to my friend Don Russo, a former football and rugby player, who died from C.T.E. complications. His loss fueled my interest in writing this book.

And, as with every Lassiter book, going back to 1990’s To Speak for the Dead, there are little nuggets about what Jake calls the “so-called justice system.”

I always start with the character. Jake Lassiter is a linebacker-turned-lawyer. A brew and burger guy in a paté and Chardonnay world. He’s got a hard bark but a tender heart.

He gets battered in and out of the courtroom. “Law and love are contact sports. So buckle your chin strap.”

Lassiter is unconventional and doesn’t mind bending the rules. Here’s how the chief prosecutor greets him: “Jake Lassiter! The Jakester. The lawyer who put the fog into pettifogger and took the shy out of shyster.”

Would a lawyer ever do what Lassiter plans in this book? Kill his own guilty client who has walked free. “Rough justice is better than none. So is vigilante justice.”

Just what pressures, what cognitive dissonance is at work in the brain of a lawyer who facilitates the exoneration of a murderer?

I like to think that the character has a unique voice and unique experiences in the world of legal thrillers.

The aging Lassiter, like the aging author, is growing even more suspicious of the “so-called justice system.”

As the epigraph of the book suggests, he agrees with Justice Oliver Wendell Holmes, Jr., who said, ““Lawyers spend a great deal of their time shoveling smoke.”

He’s increasingly dubious of the social utility of his profession: “They don’t call us sharks for our ability to swim.”

I discovered that Lassiter, if he survives BUM LUCK at all…might find a new calling.

Jake Lassiter is the protagonist of one of the longest running series in contemporary crime fiction. He first appeared in To Speak for the Dead, a 1990 international bestseller. In 2015, Bum Rap became the number one bestseller on Amazon Kindle. BUM LUCK  is the 12th novel in the series.

John D. MacDonald…for his creation of Travis McGee: “Integrity is not a conditional word. It doesn’t blow in the wind or change with the weather. It is your inner image of yourself, and if you look in there and see a man who won’t cheat, then you know he never will. Integrity is not a search for the rewards of integrity. Maybe all you ever get for it is the largest kick in the ass the world can provide. It is not supposed to be a productive asset.”

Raymond Chandler, Tom Wolfe, Stephen King, Carl Hiaasen, and so many others. 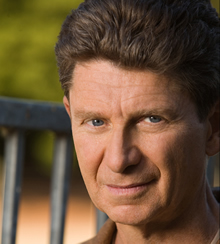 A former trial lawyer, he wrote twenty-one episodes of the CBS military drama JAG and co-created the Supreme Court drama First Monday starring James Garner and Joe Mantegna. The international bestseller To Speak for the Dead was his first novel and is still in print 27 years after publication. He is also the author of the Solomon vs. Lord series and several stand-alone thrillers.

Bum Rap, a number one bestseller in the Amazon Kindle Store in 2015, brought together Lassiter with Solomon and Lord for the first time.

A graduate of Penn State and the University of Miami Law School, Paul divides his time between Miami, Florida and Santa Barbara, California.

Latest posts by ITWAdmin (see all)