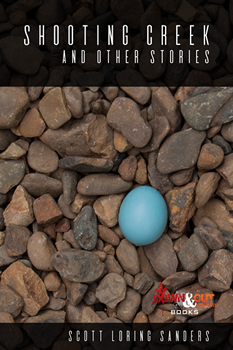 Dark, gritty, disturbing. Those are the types of characters you’ll encounter in the award-winning stories within this collection. Tough people in a tough world. But also real people, struggling with difficult decisions when faced with unthinkable circumstances. What happens when you discover a dead body but can’t go to the police because of your own dark past? Or your father’s dark past? What might a woman resort to when her husband doesn’t hold up his end of a bargain? What frightening surprises lie buried beneath the beaches of North Carolina? Or in the desolate hills of Virginia’s Blue Ridge Mountains? Or in the swamps of the New Jersey Pine Barrens?

These are stories that are as dark, gritty, and disturbing as the characters who inhabit them, yet there is a pervasive humanness which forces us to empathize. That asks us to understand why people sometimes do what they do. Perhaps that’s the reason these stories have been chosen for the Best American Mystery series, honored by The Atlantic Monthly’s Student Writing Contest, not to mention various other awards and honors. Perhaps that’s why these stories will stick with you well after the reading has commenced. Always gnawing at you, unrelenting, asking, “What would you have done in that situation? Would you have behaved any differently?”

Scott Loring Sanders took some time to discuss his latest book, SHOOTING CREEK AND OTHER STORIES, with The Big Thrill:

Not only do I want them to be entertained, but I want readers to come away still thinking about the stories well after they’ve finished them. On the surface, many of the stories are dark and involve tough, gritty characters, but there is also a focus on the psychology of those characters and why they make the choices they make. These stories are deeper than just compelling plot lines and twists. In the end, they involve why humankind, when faced with often brutal and difficult decisions, sometimes make what would otherwise be unthinkable choices. I want readers to contemplate whether they may have made similar choices if faced with such dilemmas.

Many of these stories are filled with suspense and tension, usually involving murder or at least the perceived threat of murder. And many will surprise the reader with unforeseen plot twists, which happens to be my specialty. Often Twilight Zone-esque. I like keeping the reader guessing and on their heels, but always in a way that is 100% plausible.

Dennis Lehane, because of his strong characterization and also his sharp attention to the craft while still telling dark and gritty stories. Ron Rash, who is more literary, but often delves into the darkness of murder and the psychology of why people might behave and/or act the way they do. Scott Wolven, because of his attention to detail and because of the real life toughness he portrays in his characters. 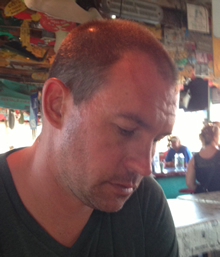 Scott Loring Sanders is the author of two novels, The Hanging Woods and Gray Baby, was Writer-in-Residence at the Camargo Foundation in Cassis, France, and has been a two-time fellow at the Virginia Center for the Creative Arts. His work has been included in Best American Mystery Stories and noted in Best American Essays. He’s a frequent contributor to Ellery Queen Mystery Magazine and has also had stories published in Thuglit, All Due Respect, and many other crime/mystery publications. He lives in Cambridge, Massachusetts and teaches Creative Writing at Emerson College and Lesley University.

Blind to Sin by Dave White