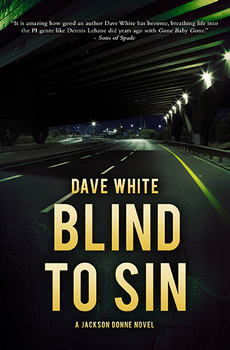 When Matt Herrick was 17, his father was arrested for robbery—a bank heist gone wrong. Herrick joined the Army and was sent off to Afghanistan—a trip that would change his life.

Jackson Donne has spent the last year in prison, where his mentor, Kenneth Herrick, has kept him safe. One night, Kenneth tells Donne a “friend” has bought them out of their sentence. Confused, Donne goes along. And finds himself in the clutches of a partner from Kenneth’s past.

Learning of the release, Matt Herrick decides to pursue his father. But when he finds that his terminally ill mother is now married to Kenneth’s old partner, Herrick turns his investigation into overdrive. And that could cost him everything.

Kenneth’s old partner gives him an ultimatum: steal millions of dollars from the Federal Reserve in New Jersey, or let the disease kill his ex-wife. Donne has no choice but to help his new mentor.

A great, fast-paced ride. Jackson Donne has been around for five books and his life has been full of twists and turns. But this book features the biggest twist of all. Readers both new and old will be stunned at how the story turns out.

The book is both an ode to Richard Stark and Robert B. Parker, but also urging to push the P.I. genre in a new direction. Donne started out your typical P.I., but has now become a psychopath. Can he find the heroism inside himself? Or will he become the psycho sidekick?

This book surprised me, as the revision was really, really tough. But, when I was finished with it, it turned out almost exactly how I imagined it. That doesn’t often happen when I write, so I was surprised to see the finished product fitting the original pitch.

This book is the final piece of the Jackson Donne puzzle for a while. It helps his journey from the first book, When One Man Dies come to completion in BLIND TO SIN, where he is almost a totally new character. Dennis Lehane stopped writing the Angie Gennaro and Patrick Kenzie novels because he was afraid that if he kept pushing them, they’d become psychopaths. So I wanted to see what would happen if I pushed Donne just a little bit further.

I’ve mentioned Parker, Stark and Lehane because they are writers who’ve marked the genres they write in forever. I also love writers who can mash genres up like Duane Swierczynski, because they often find something new when they’re done. 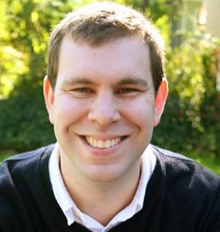 Dave White is the author of the Jackson Donne series. His novels have received starred Publishers Weekly reviews, Shamus Award nominations, and have been bestselling ebooks. He lives in Nutley, NJ with his family.