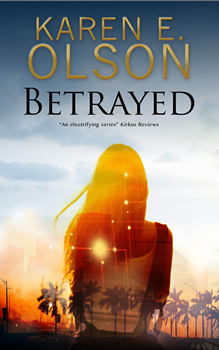 Computer hacker Tina Adler discovers that her true enemy could be someone terrifyingly close to home in this cunningly plotted tale of identity and suspense.

Framed for ordering a hit on mobster Tony DeMarco, Tina Adler is forced to re-enter the shadowy world of computer hacking she thought she’d left behind. In order to clear her name, she reluctantly joins an FBI team led by her old flame, Zeke Chapman, tasked with scouring the deep web to unearth DeMarco’s darkest secrets.

The trail will lead Tina to the person who framed her—but it may also reveal other secrets that she would rather not know. DeMarco might be the least of Tina’s worries. Could her true enemy be someone much closer to home?

Because I write about a computer hacker, I am constantly surprised by how many how-to videos and websites I’ve discovered online. It’s a virtual do-it-yourself wealth of information for anyone who might be thinking about hacking. This book deals with carding forums, in which people buy and sell credit card information on the deep web, and it makes me think twice about using ATM machines.

Computer hacker Tina Adler ends up back in Miami, where she grew up, in this third book in the series. She confronts the ghosts of her past while coming to grips with her feelings for FBI Agent Zeke Chapman.

Every year I re-read Alice Hoffman’s Turtle Moon. While it is not a definitive crime novel, it has a lot of elements of a crime novel, as well as rich characterization and a beautiful sense of place. To me, it has it all. I have also been most influenced by women crime writers Sara Paretsky, Marcia Muller, Lillian O’Donnell and Sue Grafton, and their strong female protagonists. 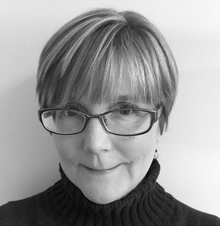