Turning Dark History Into a Thriller 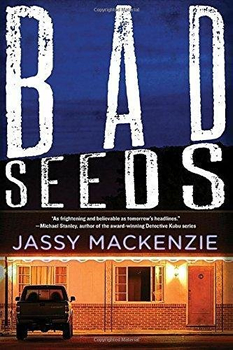 Jassy Mackenzie was born in Zimbabwe, moved to South Africa when she was eight years old, and now lives near Johannesburg on a small farm with her partner, two horses, and two cats. She says she loves the energy, danger, and excitement of Johannesburg and believes there is no better place for a thriller writer to live.

She has written four successful novels featuring her P.I. Jade de Jong, a complex character with an ambivalent background, who goes looking for trouble when it doesn’t find her, the last being in Pale Horses four years ago. Since then Mackenzie has been exploring other genres, but I’m delighted that she’s returned to thrillers and to Jade with BAD SEEDS, released in the U.S. by Soho. I asked the author about her attraction to mysteries and about the new book.

Over the last several years you’ve been writing romances. Why did you decide to take a break from thrillers and what drew you back?

While I was writing Pale Horses, my mother became ill and passed away–it was a very sad time for the family and I decided I needed to do something different to cheer myself up. So I wrote a humorous erotic romance, Folly, which became a bestseller in South Africa, and I followed it up with a few others. I didn’t plan on leaving it too long before returning to the thrillers, especially since I had some readers contacting me to ask when I was going to stop writing these silly romances and get back to proper storytelling! BAD SEEDS took longer than anticipated to write, firstly because life got in the way, and secondly because I didn’t feel the plot was pulling together believably enough, so I left the story for a while. In fact, the delay was a good thing because when I came back to the book and did further research, I discovered a recently published news report on Pelindaba that provided astonishing new information, and the perfect solution to my plotting dilemma. 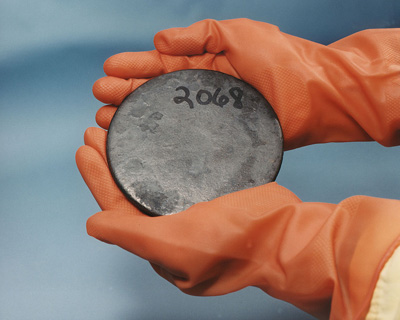 In BAD SEEDS, Jade is faced with a plot to steal weapons-grade uranium from a nuclear research center near Johannesburg. To non-South African readers. that may sound farfetched, but there is just such a research center here, South Africa did build nuclear weapons in the apartheid days, and the material is still in South Africa. The plot is completely believable, and, although you changed the name of the research center, the background is real. How much of the plot is based on fact, and how much is pure invention?

Pelindaba has a fascinating, if rather dark, history–and a surprising number of the facts about my fictitious nuclear research center, Inkomfe, are based on factual news reports about Pelindaba. The plight of the apartheid-era workers who fell ill from radiation-related causes is documented in a number of articles—the best one titled “Apartheid’s Nuclear Shame”. The report which ended up being the game-changer that allowed me to finish the book, was about the nuclear ingots. Yes, there really is a stash of highly enriched uranium ingots at Pelindaba from the dismantled weapons. Yes, the U.S. is extremely concerned about it. Yes, if they were stolen, these ingots could be used by terrorists because there’s enough material to create half a dozen mega-bombs. And yes—there have been attempted raids on the research center, some of which have come very close to succeeding. 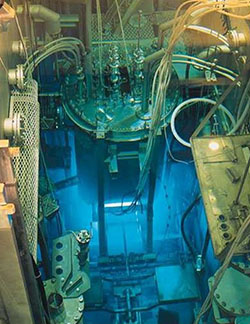 To complicate things, Jade finds herself in a serious conflict of interest between her client—Ryan Gillespie, head of security at the plant—and her mark—Carlos Botha, a consultant who has been behaving suspiciously. Then she gets emotionally involved, which makes it worse. The two men keep her guessing. You once called Jade “immoral,” but she does seem to try to do the right thing when the chips are down. Is that how you see her?

Yes, Jade always tries hard to do the right thing, although it’s her version of it, rather than society’s version, or the law’s version. Deep down, I think most of us would love to be renegades from time to time, especially when we see a situation we perceive as being unfair. Sometimes the law doesn’t resolve injustices the way it should, and we dream of being able to intervene and set things right… Jade gets to actually do it.

Jade is trying to keep away from erstwhile lover, Superintendent David Patel, but as the case escalates, they are thrown together. Still, they keep their distance. Is Jade finally resolving this entanglement?

Emotions will always be a complicating factor between David and Jade! But ultimately, the series is about the relationship between these two characters, not just the romance between them. As any sensible heroine would do, Jade is able to turn her back on an unworkable situation and move on. 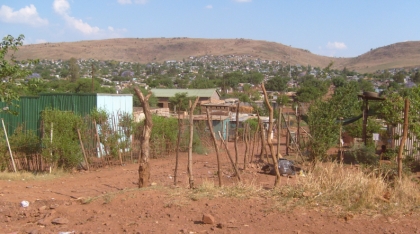 In this book we see the story from the perspective of Jade, who is under great pressure just to keep Botha alive, and also from the viewpoint of the police, marrying the police procedural and thriller aspects in a very successful way. Why did you decide to tell the story that way?

I like the way that the two perspectives interweave, offering readers insights into the story from completely different directions. I also loved exploring the contrasts between what Jade is able to do while acting as a rogue operative but without any backup, and what Officer Mweli and David are able to do with police resources available to them, but restrictions in terms of red tape and rules. Both positions have their strengths and it worked out well that in this story, both were important and necessary to fight the threat.

The book ends with an offer—of the type you can’t refuse—to Jade to take on international terrorism head on. Is that where she is heading in the future?

In the short term yes, she has been asked to help with an important assignment that it would be unwise to refuse and this will definitely form part of the next book. But in the long term, I don’t want future books to focus too much on fighting terrorism because it’s not Jade’s core area of expertise and it’s not what the series is about. News and current events are a major source of inspiration for me as a writer, but this includes all news, and all types of crime. So where will Jade be headed in the next story? The answer is: wait and see. 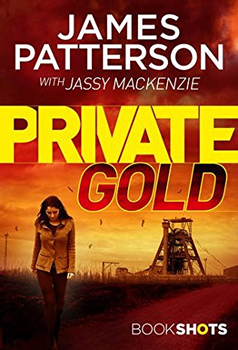 Finally, you are co-authoring a book with James Patterson at the moment. An exciting opportunity! Can you tell us something about the writing process and the story?

It’s a fantastic opportunity and the experience of a lifetime to be working with James Patterson and his team. The Bookshots novels are a really clever concept—they’re short, exciting, affordable, and quick to read, and are marketed as “all thriller, no filler.” To start off, I submitted a detailed synopsis. This was accepted, and James Patterson then read the full-length manuscript and made some editorial changes and suggestions—for my book, this included changing the story to become part of the famous Private series.

In Private Gold, Joey Montague is busy downscaling the Johannesburg branch of Private while he tries to get back on his feet after his business partner’s suicide. But an urgent phone call sees him rushing to assist an American tourist who’s heading for a dangerous part of town and needs a bodyguard. What starts off as a simple protection job soon becomes a matter of life and death—not only for his client, but for Joey himself.