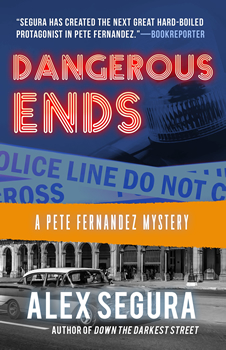 Sometimes you meet someone and you click. It’s like you’ve been friends for years, despite only knowing each other for a few minutes.

In many ways, washed-up ex-journalist Pete Fernandez appeared to me mostly complete, like a new friend sauntering into a party mid-way. Except in Pete’s case, he stumbled in, reeking of cheap booze and looking like he’d just gotten into a bruising, bloody fight.

But when I put it under the microscope, the story of how Pete went from fleeting thought to actual, words-on-the-page P.I. is much more complex and very much a product of my own life at the time.

There is no Pete Fernandez without Miami, my hometown and also the setting for his major P.I. adventures. When I first moved to New York from there, about a decade ago, I did it to take a job as a comic book publicist. It was a dream come true, and, in many ways, turned a longtime hobby into my full-time job.

But here’s a professional secret: when hobbies, or passions, become jobs, you have to take them much more seriously. The hobby becomes a career, and your fandom—what you’d previously do for fun—becomes work. Companies don’t hire fans — they hire people they think will do the best job, not the person who knows the creator credits of Flash #186. The latter helps, but the former is essential.

I’d always loved mysteries and noir, whether it was my earliest reads, like the pulpy gangland tales of Mario Puzo, Sir Arthur Conan Doyle’s Sherlock Holmes stories, or the work of noir masters like Raymond Chandler and Dashiell Hammett. But it was a chance conversation with a work friend that tipped me off to some of the authors doing great work in crime fiction in the present day. People like George Pelecanos, Dennis Lehane, Laura Lippman, Michael Connelly, Megan Abbott, Lawrence Block—to name a few. Their early stories crackled with a raw, almost primal ethic that appealed to me. Their protagonists weren’t sharply-dressed wiseacres with a gimlet in one hand and a well-worn revolver in the other. They were kind of messed up, confused and working through their problems as they tried to solve other, deadly ones.

Each of these books were also soaked with a sense of place. This wasn’t exactly new in the annals of crime fiction—one just needs to visit Marlowe’s Los Angeles to know that—but it felt embedded in each protagonist’s DNA. Without Baltimore, we’d have a very different Tess Monaghan. Without DC, Nick Stefanos might not even exist. Could there be a Pat Kenzie or Angie Gennaro outside of Dorchester? It got me to thinking about my own writing and my own hometown. While Miami had hosted its share of great crime fiction—Charles Willeford’s Hoke Moseley and Vicki Hendricks’ work being particular favorites of mine—I felt the area was ripe for a new entry. Plus, I was extremely homesick.

Here’s another secret: the first year in New York is the hardest. Despite being such a big, sprawling, everything-for-everyone town, New York can be a very lonely place. Especially when it comes to a Miami boy who’s never seen snow or figured out how to layer clothing to prevent freezing. I was in sensory overload—new job, new apartment, new friends, new…everything. It made the escape that writing provided much more appealing, and the idea of writing about Miami doubly so.

That’s how the table was set. And in walked Pete, hungover, stubborn, and curious.

I gained an appreciation for the origin story through comics—the tale of how a hero came to be. What was Batman before he put on the cape and cowl? How did Spider-Man gain his powers and sense of responsibility? What brought Superman to Earth? It was something I didn’t see much of in detective fiction (which could very well be my own fault, but I digress…), and it got me to thinking about my own, theoretical private investigator. I knew, going in, that I wanted him to be Cuban-American, like me. To have that dual culture and the weighty, conflicted history that comes with being of two places. I also wanted him to have some skills that would, down the line, make him a better P.I. A knack for digging up information. An inherent need to find the truth or story. He would definitely not be a great detective to start, though. There had to be a long runway for him to translate his life skills into those of a good P.I. 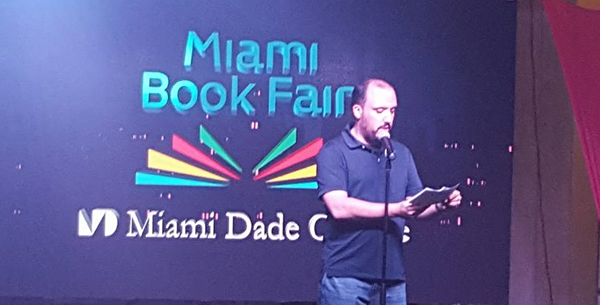 Segura, a Miami native, sets his series there.

That’s what led me to newspapers. I’d spent a lot of time in newsrooms in my 20s as a reporter and copy editor, and I found the vampire-like existence of newspaper life—working until the wee hours, not having regular weekends, and often just hanging out after your shift with the same crew you toiled in the trenches with—to be unique and compelling, so I dropped Pete onto the sports copy desk of the fictional Miami Times daily. Like some of my favorite comic-book heroes, Pete was also reeling from a great tragedy: his father, a beloved Miami homicide detective, had just died suddenly, leaving a void in Pete’s life that he was not prepared to face.

Most importantly, for me, Pete had to feel real. He had to make mistakes and evolve. When I first “met” him in my head, he felt like someone I knew, with very genuine problems that felt like what my friends and I were also dealing with, to varying degrees. The short version I often share in conversation is that Pete is like a guy I went to college with and hung out with a bit. We lost touch and he went his way and I went mine. The first novel in the Pete Fernandez Miami Mystery series, Silent City, shows us where he landed—and it’s not pretty. He’s drinking too much, about to be fired from his job, and still pining for the girlfriend that dumped him after his dad’s death. But through the mire, we see some good: Pete’s smart, curious, stubborn, and knows his town. He also has pretty good taste in music and is quick with a joke. He can’t fight for shit, but he’s learning as he goes.

It’s that evolution and potential for change that keeps Pete interesting to write, and to read, I hope. Each book in his journey is a new season or chapter of his overall trip, and we’re along for the ride, watching him trip and fall but also dust himself off and try again. The Pete stories work on two tracks, in my view. On one hand, it’s about the mystery—how will Pete and his skeleton crew of friends get through this and solve the case? On the other, it’s about Pete’s own struggles and his attempts to be a better person. In Silent City, it’s clear Pete drinks too much, alienates himself, and is in A Bad Place. That doesn’t disappear once the case is solved, though the high of victory does create a bit of a distraction. But by the time we circle back to Pete, about a year later in the pages of Down the Darkest Street, it’s obvious that his demons are devious and strong, and it’s going to take more than willpower to regain control of his life.

With the third book, DANGEROUS ENDS (out April 11 from Polis Books), Pete continues to change and become more comfortable with himself and the darkness that hang over him. But with greater control and understanding come greater challenges—from the P.I. side and the personal. Once we clear the wreckage of our mistakes, does that mean we’re ready to deal with real life and the trappings of adulthood? Can Pete do that while trying to solve a controversial cold case and fend off a deadly, bloodthirsty gang of assassins who have ties to Fidel Castro himself? Well, you’ll have to let me know how he does… 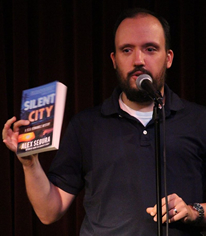 Alex Segura is a novelist and comic book writer. He is the author of the Miami crime novels featuring Pete Fernandez, SILENT CITY and DOWN THE DARKEST STREET. The next Fernandez mystery, DANGEROUS ENDS, will be released in April 2017 via Polis Books.

He has also written a number of comic books, including the bestselling and critically acclaimed ARCHIE MEETS KISS storyline, the “Occupy Riverdale” story, the ARCHIE MEETS RAMONES crossover, and the upcoming THE ARCHIES one-shot.

He lives in New York with his wife and son. He is a Miami native.