Bucking the Trends, More Than Once 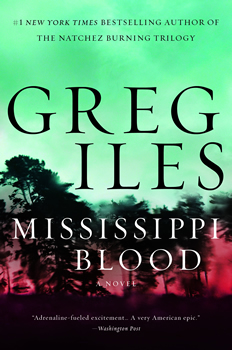 Greg Iles has risked his career at least three times.

The first instance was after he finished writing his debut, Spandau Phoenix, a very good novel that he carefully crafted based on what he knew was selling in the marketplace. Certainly not the book of his heart, but something well written enough to score him an agent and a publishing gig. Iles, a then burgeoning musician, understood he probably wasn’t going to make his fortune in a rock ‘n’ roll band, but he also knew he didn’t want to work, either. At least not in a typical 9-5 job.

And so, secure in the fact that he had a second book contracted, Iles took a risk and penned Black Cross, another World War II thriller, yes, but one that included the distinct character layers for which he is now revered. Iles has since written 14 more award-winning and bestselling novels, in each instance slightly bucking trends, pushing boundaries, and earning legions of fans—almost accidentally.

“When writers enter the bestselling arena, the pressure starts to build for you to repeat that success, and all of the momentum is geared toward generating income and profit,” he says.

Which sometimes can steer authors down the path of repetition. Not that there’s anything wrong with that, Iles says, it’s just that he made a conscious decision early on in his career that he’d write the books he wanted to write—outside influences be damned—and hope that the readers, and publishing contracts, followed.

The gamble paid off, but this isn’t necessarily the kind of advice he’d offer to aspiring writers today.

“The only way you get to do that is if you prove you can deliver success,” he says, which in the current publishing reality can be challenging, even for seasoned writers like Iles. An example, he says, is his Natchez Burning trilogy, a fast-paced crime thriller and courtroom drama centered around racial mysteries along the Mississippi River. 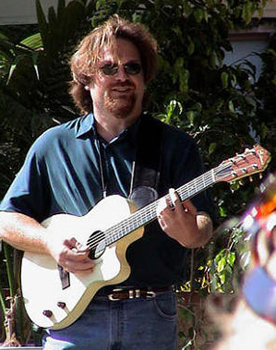 Iles continues to make music, now with the band The Rock Bottom Remainders.

Spanning more than 2,000 pages—the equivalent of about nine traditional thrillers—and encompassing eight years of his life, Iles affectionately refers to it as his Magnum Opus, but it’s much different than his previous works, and in truth, he didn’t think anyone would want to read the story.

The trilogy culminates with MISSISSIPPI BLOOD, a conclusion Iles promises leaves no questions unanswered, and is a book, as he unabashedly admits in the charming video on his website, is something he can be proud of. Most certainly a novel of his heart.

“When I started Natchez Burning, I only intended it to be one book,” he says. “But it ended up being a vehicle for issues I wanted to visit.” Including the dark and violent history of his beloved hometown, Natchez, such as its ties to a savage splinter cell of the KKK, known as the Double Eagles.  “Not everyone in town is happy with the things I write, but people’s pain needs to be addressed. In Natchez, they’ll forgive you for everything except bankruptcy.”

Iles perhaps gets more leeway thanks to his hard work and commitment to his community—from engaging in local politics through to contributing to tourist initiatives, such as opening his stunning Edelweiss office to the public for tours and overnight retreats.

Greg Iles and the Mississippi

Iles is close to Natchez and it’s always been home—but lately, he’s considered making a move. Maybe do some travelling, or set up shop in a new locale. This shift is, in part, due to the lingering after effects of a vehicle accident in 2011 in which Iles sustained life-threatening injuries including broken bones and a torn aorta. After eight days in a medically induced coma, Iles ultimately lost part of his leg.

His recovery was long—and in many ways, ongoing—but the incident, coupled with the death of his father, changed not only the trajectory of the Natchez Burning trilogy, but also his outlook on life.

“I’m about to turn 57, and although I have a very successful career, all I’ve done is work,” he says. “When mortality knocks and you find yourself in the ditch, you start looking at things differently.” 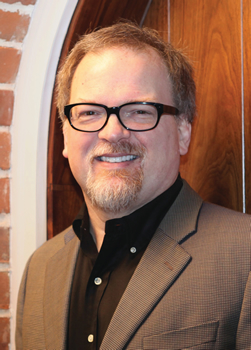 “I found a writer I really connect with and we’ve done a vast amount of research,” he says. “We’ve had some meetings and talked about some stories. Hopefully we’ll be able to work on that. It would be a true collaboration, and that’s not something I’d ever considered before.”

In fact, it’s in stark contrast to his usual M.O. in which Iles allows an idea to percolate for several months, delving into research until the story is ready to burst. At that point, he enters into an immersive writing frenzy, a mode which he likens to when a pregnant woman’s water breaks.

“As soon as I enter that mode, I can go for two to three months, writing 18 hours a day sometimes,” he says. “It’s a crazy way to write. But writing for me isn’t the hard part. When the story gets in my head, it pours out with blazing speed. You gotta get the intensity down—that’s how you capture the emotion.”

Readers will find plenty of that emotion—and heart-pounding action—in MISSISSIPPI BLOOD, the thrilling conclusion to what some believe is Iles’ most significant body of work.