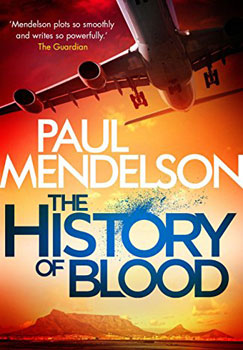 Paul Mendelson has been a writer, actor, and producer for theatre and television. He’s also an expert on mind-sports such as bridge and poker, and has written more than a dozen books as well as regular newspaper columns about them. He’s interviewed business leaders, written about travel, and contributed on diverse subjects to many publications, in the U.K., the U.S., Australia and South Africa.  During this time, he also wrote Across the Veld—a monologue about the political and cultural transitions in South Africa, and numerous short stories.

At last he returned to his first love—crime fiction—and chose to create a series set in South Africa. He says it was an easy choice: “I have been visiting Cape Town annually for 25 years, adore the city, its people and the large group of friends I have there. The cultural and political background of the country is fascinating for an author and, despite my characters seemingly facing increasing problems, I remain optimistic for South Africa to develop into the success story the entire continent desperately needs to progress.”

The latest book, THE HISTORY OF BLOOD, was released last year. The body of a girl is discovered at a seedy motel with slit wrists. Suicide is assumed, but the autopsy reveals she has swallowed masses of cocaine wrapped in condoms. The hunt for the mule runners leads to other smuggling and the remains of an elite military group from the apartheid days. De Vries has to unravel this nasty mixture while being stymied by police bureaucracy at every turn, and working through the consequences of a serious lapse of judgement.

In my opinion, this series just keeps getting better!

THE HISTORY OF BLOOD addresses three big themes—the use of mules to smuggle drugs, poaching, and the hidden “counter war”. How did you come to choose these as the backstory for the book?

Although I consider myself a local when I am in Cape Town during the summer, I am born and bred in London and, no matter how many stories I read, or listen to, I am constantly learning more about the last 50 years of South African history. Amidst the blessed end of Apartheid and the triumph of free elections, it was inevitable that there would be those who felt dispossessed, abandoned and betrayed—these seemed ample motives for the formation of a criminal gang who begin perhaps believing their crusade to be politically motivated, but descend into sophisticated but, ultimately, common criminals. 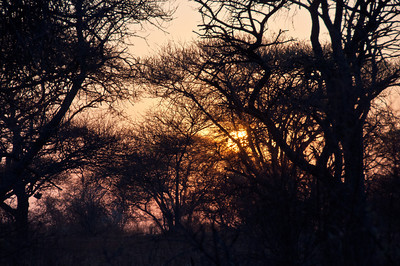 Sunset in the bush

Hazel Friedman’s “Dead Cows for Piranhas,” which tells the story of her investigations into drug mule-ing and people trafficking from South Africa to Thailand, proved inspirational for a story concerning the primary victim which first draws the attention of the SAPS and, because the markets for drugs, women, and the trade in illegal Rhino horn and ivory, center around the Far East, this formed another component in the scope of the criminal gang.

Early in the book, Vaughn tells Warrant Officer Lee-Ann Heyns (whom he has just met): “Once I’m on a case, I’m there for the victim. I represent her now. Everyone else has to cope as they can.” Does this sum up his motivation as a person as well as a police officer?

Perhaps it does. Certainly Vaughn de Vries seems a more compassionate and passionate policeman than he does a husband or lover, and there is no doubt in my mind that, now that his daughters are at university and he and his wife have separated—reasonably amicably—his only real pleasure in life is his work.

Unquestionably, he feels a loyalty to act on behalf of the victim and to represent his or her interests in the pursuit of justice. In this, he shows his emotional side, and how he takes his progress during an investigation very much to heart, feeling that he has let down the victim if he does not succeed. This empathy with the victim is both a strength and a weakness for, as it drives him forward, it also makes him vulnerable to attack—from colleagues and those whom, inevitably it seems, he provokes—during his investigation.

The same evening, Vaughn and Lee-Ann sleep together. It’s a disastrous mistake that haunts him for the rest of the book. Was this to ramp up the stakes for the plot or to reveal a different side to his character? 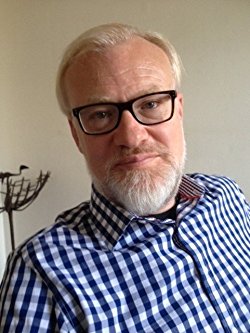 I try never to have a main character say or do anything simply for effect. I hope that their words and actions are in keeping with their characters and how I believe they would behave in such situations.

De Vries is a womanizer. He sleeps with too many women and drinks too much alcohol. This is how he unwinds and, although his actions affect both his physical and mental health, he manages to continue operating—these are managed addictions.

In this book, Lee-Ann Heyns has reason to want to gain some measure of influence or control over De Vries and he is duly seduced. In appreciating that it was not for reasons beyond sexual that Heyns wanted him, he confronts the facts that his weaknesses can be exploited. The very act of sex, for him at his age, a sign of his continued virility and manhood, has been turned against him, and he feels undermined and used. Yet, as we later discover, whatever her intentions, he seems to forgive her, and instead views her with some affection. When she gets into trouble, he strives only to protect her; to avoid her, too, becoming a victim.

De Vries’s only real friend is John Marantz, who has a secret past in intelligence but many contacts.  He was essentially exiled to Cape Town after the disappearance of his family seven years before. When their bodies are discovered, the effect on him is profound. He’s an interesting, ambivalent character.  Did you want to reveal more about him and change his role somewhat in this book?

Although each of the novels are independent, for me a good series of crime novels should include the development of the leading characters. For the reader, there is the pleasure of learning more about the lives of those people and a greater understanding of them as more time is spent in their company.

John Marantz is an enigmatic character, a man weighed down with guilt over the abduction of his wife and daughter who have never been found. The bond with De Vries comes from the guilt associated with putting your family in danger because of your job, dealing with your failure to protect those whom you love—or the victim(s), and an unspoken understanding that to serve justice, it is sometimes necessary to stray beyond the law, to set one’s own moral compass in keeping with the crimes committed.

Later in THE HISTORY OF BLOOD, De Vries turns to Marantz for help. De Vries often knows the result he seeks to achieve, but questions what methods might be justifiable to achieve it. In this, Marantz acts as a facilitator. How he will continue to influence De Vries is unknown. 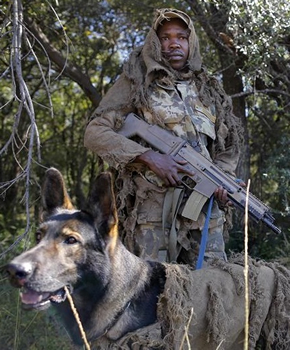 A member of the rhino anti-poaching team

Tony Uys is a psychopath, but believes he has a higher purpose. He’s a truly nasty, believable villain. Nicknamed “White Mamba’,” he’s a relic, but a very dangerous one. Did you base him on a real person?

Funnily enough, I saw him rather as an old fashioned villain from one of Herge’s Tintin books—tall, with full white hair, swept back from a tanned, lived in face, and a moustache from the 1950s—and, in describing him as a “relic,” I think you are spot on. He begins as a disenfranchised fighter in the Border wars and feels that his calling is political and righteous, but his own personality and that of the men with whom he works, soon twists his ideals into desires for revenge, wealth, and power.

When de Vries finally tracks down Uys, his own family is at risk and the local police are unwilling to help. The stakes are personal but he’s outgunned and outplayed. Once again, Marantz has to take a hand. Is the moral that the good guys can’t win playing within the rules?

I think that police forces around the world find that executing justice has become harder and harder. There are fewer front line officers, fewer resources for detective squads, an ever greater demand for justification of every action taken by policemen, and a political and economic straightjacket is now worn by virtually all the many administrators who oversee our police forces.

While it has taken De Vries a while to adjust to and accept the new order following the changes of 1994, he and his department still strive to maintain a standard of work, uncorrupted and skillful, which to many areas of the SAPS is anathema. De Vries does, without doubt, believe that the criminal now holds the upper hand, and he will do everything he can to bring those he believes are guilty to justice. However, his personal attachment to each case means that he is usually unprepared to accept compromises or political expediency, and instead seeks a resolution, even if that plays on the very edge of “the rules”. If this is not achievable, John Marantz can usually persuade him that, morally, the line over which he should not step, can be moved closer to his goals or that, on occasion, the line must be crossed for what they believe is the greater good.

What’s next for Vaughn de Vries?

During the sweltering summer of 2015/16, a woman’s body is found in an empty architect-designed house above Camps Bay. From the beginning, De Vries suspects that this is not a single crime, but part of a series. As his investigations continue, in order to identify the perpetrator, he must be chased not only through the drought-ridden, sweltering Cape Town of present day, but also back through time to the beginning of his crime spree.

Simultaneously, a bomb blast rocks the city. The SAPS, print and social media, and the population themselves speculate wildly on the meaning of the attack. As officers from the HAWKS investigate, it is not long before De Vries’ history and experience draws him into trying to identify a new and substantial threat to his city.

Thanks, Paul. I can’t wait!