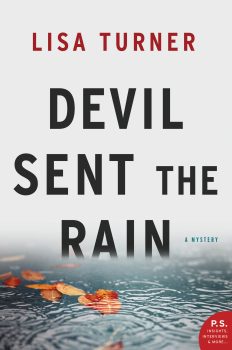 Edgar-finalist Lisa Turner is a Southern mystery author who is fascinated by good people who do wicked things. She explores human nature set against the rich backdrop of Memphis and the Mississippi Delta. Her second novel, The Gone Dead Train, delves into long buried secrets of Memphis’s civil rights struggles and the power of Santeria magic.

In the third book, Homicide Detective Billy Able is called to a bizarre crime scene on the outskirts of Memphis. A high-society attorney has been murdered—while dressed in a wedding gown.  When her death exposes illegal practices at her family’s prestigious law firm, the scandal is enough to rock the very roots of the southern city’s social world.  Turner’s third outing is a tale about the remnants of Old Southern aristocracy and entitlement, twisted by greed and vengeance.  Detective Able must confront the secrets of his own past to solve the murder of the girl he once knew.

Turner’s characters fall victim to the tentacles of their Southern identity and are dragged into a world of blues, murder, and heartbreak. “I’m a story archaeologist,” she says. “I keep digging into my characters until I strike the bone.”  Which she does with skill and insight.

I had the opportunity to catch up with Turner the other day and ask her a few questions.

Is there anything special you’d like to tell us about DEVIL SENT THE RAIN?

I was all set for my detective to learn toward the end of the book that he had a half brother. By the second draft, I realized the brother idea was too much, like eating a second piece of pie after a big meal. Cutting out the brother was going leave me with a weak ending, and my detective would gain nothing personally.

The solution came when a friend told me she’d spent the summer reconstructing a cabin that had been in her family for a hundred years. There’s a lot of strength in the act of reclaiming a home, especially when your only relative has kicked you out, which is what had happened to my detective. Having him reclaim his childhood home was a better ending and it made the book. That and the instructions I’ve included for a world-class mint julep.

What can you tell us about your book that we won’t see on the jacket copy or PR material?

The story’s subplot concerning the cold case of a missing Rhodes College student is a true crime. The PI hired by the family told me about the investigation. I stayed as close to reality as possible, but had to cut the narrative in the middle due to its competition with the main plot. It’s a fascinating case, possibly an upcoming book.

Did a particular event inspire the plot?

It was an illuminating conversation with a friend who specializes in trusts and estate law. He explained how easy it is for attorneys who work in that area to embezzle from clients. I’d been thinking about developing a mercenary female attorney who based her outrageous sense of entitlement on her aristocratic Delta heritage. The character is now the head of a law firm who embezzles from her country club friends and fellow charity benefactors. It’s a great fit.

In June the American Library Association invited me to their Orlando convention to speak on a mystery writers panel. The day before the panel I asked three librarians in the Starbucks lineup what they thought I should talk about. All three said, “Writing tips!” No surprise, they said a lot of librarians have manuscripts underway. I had a grand time talking about DEVIL SENT THE RAIN and sharing some things I’ve learned about writing along the way.  I’ll also be attending Bouchercon 2016. It’s in New Orleans. Should be a hoot.

We spend half the year in Memphis, the other half in Nova Scotia, Canada. Our home is in a village on the banks of a glorious river. The place attracts writers, artists, and interesting people from all over the world. The guy in the torn sweater sanding the planks of a wooden dory may be the president of a major university or a lobster fisherman. Delightfully, it’s difficult to tell the difference.

Right now I’m catching up with friends in Memphis and eating my fill of barbecue and soul food before we head to Nova Scotia. The plot of my next book is running around in my head like a toddler in diapers. It gets me up at in the morning to make notes. Guess it’s time to start storyboarding. 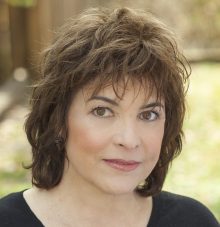 Edgar finalist Lisa Turner is a Southern mystery author fascinated by good people who do wicked things. She examines human nature against the rich backdrop of Memphis and the Mississippi Delta. Her second novel, Edgar nominated The Gone Dead Train, delves into long buried secrets of Memphis’s civil rights struggles and the power of Santeria magic.
Turner’s mysteries coil the roots of Southern identity around her characters and then drag them into a world of blues, murder, and heartbreak. “I’m a story archeologist,” she says. “I keep digging into my characters until I strike the bone.”