The Fascinating Conflicts of 1912 Mombasa 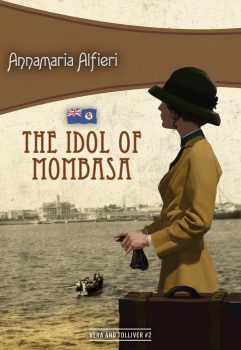 Annamaria Alfieri is the author of three critically acclaimed historical mysteries set in South America and two novels set in Kenya just after 1910.  The Africa series follows the Commandments—or rather the breaking of them, which is great, because it means we can look forward to another eight.  The first book, Strange Gods, takes place in the burgeoning British East African town of Nairobi in 1911.  The Richmond Times said Alfieri writes “with the flair of Isak Dinesen and Beryl Markham, the cunning of Agatha Christie and Elspeth Huxley and the moral sensibility of our times.”  The novels capture the beauty and the danger of the African wild, and the complexities resulting from imposing a culture on a foreign land.  It’s also a love story between two rather different young people–Justin Tolliver, a young policeman, and Vera McIntosh, the daughter of a missionary.

Just released, the second book in the series, THE IDOL OF MOMBASA, continues their story a year later. Justin and Vera are now married and Justin has been posted to Mombasa.  Here there’s a three way cultural conflict between the British colonialists, the local people, and the city’s Arab inhabitants.  And there are deep religious and legal conflicts as well.  The British have abolished slavery, but the Arabs still practice it.

Early in the book, a runaway slave is murdered, and then the main suspect, an Arab who trades in ivory—among other even less savory commodities—suffers the same fate.  For nefarious reasons, no one is interested in tracking down the murderers except Justin and Vera, and Justin’s sergeant, Kwai.

A world traveler, Annamaria takes a deep interest in the history of the places she visits, and she admits that she’s addicted to Africa.  She lives in New York City, and is a past president of the New York Chapter of Mystery Writers of America.

I asked Annamaria about the new book in the series. 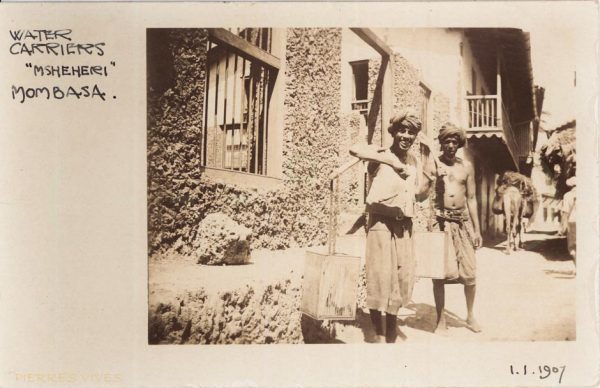 Postcard from Mombasa in 1907

THE IDOL OF MOMBASA is an intriguing title yet it’s only late in the book that we understand why it’s appropriate.  But Mombasa itself is a fascinating backdrop – more of an Arabian colony than a British one.  How did you recreate the Mombasa of 1912?

In researching my historical mysteries, I read many memoirs of people who had feet on the ground of the place at the time.  W. Robert Foran, a policeman in British East Africa from 1905 till 1909, wrote two books describing his experiences.  I feel as if he wrote them just for me!  In one, he describes his time in Mombasa, including a walk about the town, with all the street names, left and right turns, and even if he went up or downhill.

And of course, Mombasa being a historic town, there are photos from the early 20th Century, and many of its buildings still exist.  With Foran’s words in mind, if I look at the photos and scrunch up my eyes a bit, I can feel myself following in my characters’ footsteps.

I thought this book had a darker flavor than the first in the series.  The backdrop is ivory poaching, slavery, prostitution, and religious intolerance.  At least one murder is almost inevitable!  Again Justin and Kwai have to face solving the crimes with the opposition of the powers that be in the police.  The stress of it wears Justin down; he has serious doubts now about what the police are doing and why.  Some of this spills over into his relationship with Vera.  Was this, too, inevitable? 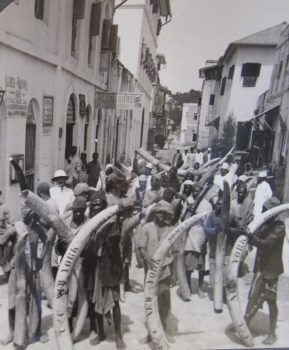 For me, it was inevitable.  In planning the series, I badly wanted to write about the history of the Africa that infatuates me, but I knew I could never write it as the “good old days of colonialism.”  Nor could I just narrate the story from my 21st Century point of view.  I needed characters who would give me a plausible way to express today’s moral sensibilities.  Justin Tolliver, my series detective, comes to the Protectorate of British East Africa as a typical, if very impecunious, English aristocrat.  Once I let him loose in the territory, he met and fell in love with Vera McIntosh, who was raised in Africa and has absorbed some of the attitudes of her childhood Kikuyu playmates.  Then, working closely with Kwai Libazo—his loyal tribal lieutenant, Tolliver experiences Kwai’s formidable mind and physical courage.   What with Vera’s convictions and Kwai’s innate nobility, Tolliver is forced to confront the deep difference between his ideal of justice and what the King’s administration requires him to mete out.  He began to chafe a bit in Strange Gods.  A year later in THE IDOL OF MOMBASA, he finds himself at odds with both the culture of Mombasa and his own superiors in the Protectorate.

The conflicts in THE IDOL OF MOMBASA are as much around religion and politics as they are around culture.  Some of the more gruesome aspects of Shari’a law are brought to the fore, yet the colonialists don’t offer much better to the black population.  Was this conflict fundamental to the book?

Yes.  It’s part of that three-way conflict that you mentioned above.  We crime writers all look for conflict as background to our stories.  British East Africa between 1911 and 1920 offers a boiling cauldron.  Scores of reasons why one group might want to hate another.  In this book, the clash between Shari’a and British law is one.  Then there is the long-term bickering between the administrators and the missionaries: The bureaucrats want to subjugate the people they call the “natives.”  The clergymen want to bring them to Christ and civilization.  Then there is also animosity between one Muslim sect and another.  Like our world today—that place at that time was replete with reasons for people to think they should kill each other.  Difficult to contemplate, but an embarrassment of riches when it comes to the crime writer looking for grist for her mill.

Kwai emerges as a richer character in this book, with ambitions and desires beyond his job.  Might we see a future book in which he takes the role as the main protagonist? 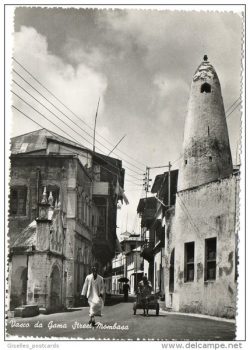 What a great idea, Michael.  I love looking at that world through Kwai’s eyes.  Once he came alive for me, I could put all kinds of things into the story as he saw them.  And it tickles me to describe them through his wry intelligence and curious contemplation.

Life is going to change a great deal for my characters as the years and the Commandments go by.   The next story takes place in Nakuru and Nairobi in 1913.  But after the fourth, Kwai and Tolliver will be heading—in 1915—into World War I in East Africa.  I already have some ideas for them during the war years, but I hadn’t thought of making Kwai the main character.  I will in one of those stories, with my thanks to you.  How would you like to be one of the people in that story?  A good guy, of course.

Well, I wonder what mischief I got up to in 1914. I look forward to finding out!

Although Vera and Kwai try to change the course of events dictated by the different cultures, in the end there is little they can do.  It seems to me that the world is pretty much still like that.  Do you see it that way?

All novelists, I believe, reflect the times they live in.  Historical novelists—either purposely or instinctively—write about the past as prologue or as a distant mirror to current events.  The parallels between Mombasa as portrayed in my story and the world today were not purposeful to begin with, but because Western thought and Islam were in discord in my story, it was difficult not to realize how similar those times were to our own.  Then, as now, it is difficult to imagine what everyday people can do to influence the political tides.  That made it easy for me to imagine my characters’ emotional responses.  I wish I could say it makes it easier for me to live with what’s happening in the word today.

One optimistic thought from a historical mystery writer:  Awful things have always happened, but the human race manages not only to survive, but to thrive.

Taking that point, modern day Kenya has thrived in many ways, but tribal antagonisms and political violence remain a curse.  From your study of the history of the area, how much of this would you say is due to the colonialists and how much is simply intrinsic to the nature of our species? 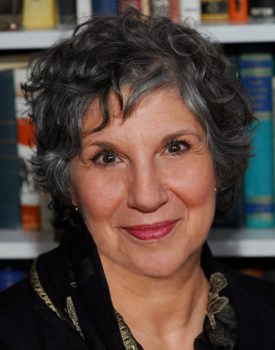 I am not an expert in such things, but based on what I observe of humanity’s behaviors past and present, I would say both are at work.  Group rivalries seem an intrinsic part of the human make-up.  Well, the male make-up anyway.  That seems to me to be what gets played out in team sports, and why they are so popular.

But colonialists, by disrupting the indigenous cultures and siphoning off so much wealth and natural resources, spoiled the balance in the lives of the local peoples, which exacerbated the existing rivalries.  Life for the tribal people in East Africa was pretty easy before the British arrived.  Oh, the Kikuyu and Maasai, for instance, had been competing and fighting over cattle for at least a millennium.  But with the arrival of the British, European settlers took over land the tribes had used since the dawn of man.  And the tribes were pushed around to make way.  The local people couldn’t fight the British.  The British had guns, and the tribes didn’t.  Over time, the paths the two tribes took in dealing with the new reality put them on a collision course far more bitter and violent than their traditional rivalry.

Find out more about Annamaria and her books at http://www.annamariaalfieri.com/, join her on Facebook at https://www.facebook.com/AnnamariaAuthorPage and follow her blogs on http://murderiseverywhere.blogspot.com/