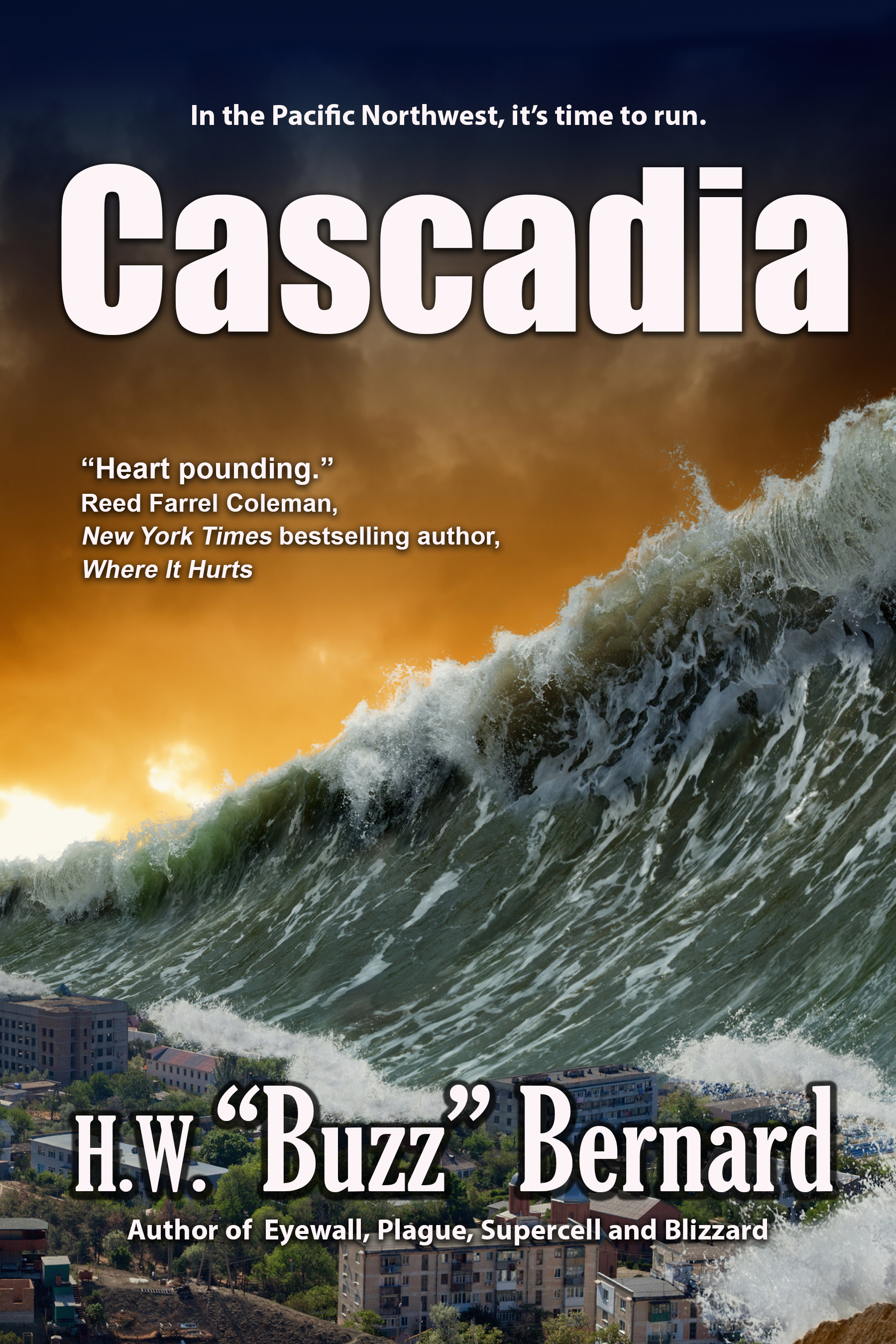 H.W. “Buzz” Bernard has just the sort of resume you might expect from an author of weather-related disaster thrillers. He has a degree in atmospheric science, spent a career in the Navy as a weather officer, was a senior meteorologist for The Weather Channel, and has gone in search of tornadoes with professional storm chasers. He has even flown into a hurricane aboard a hurricane hunter, an experience that helped prompt his best-selling thriller, Eyewall.

Now, Bernard has decided to shake things up.

His newest novel is CASCADIA, set in the Pacific Northwest town of Manzanita. The plot focuses on Dr. Rob Elwood, a geologist who makes a startling prediction. Not only will a cataclysmic earthquake strike the region once again, but the event will be followed by an epic tsunami. Elwood knows this from his study of the geological record, which indicates that another “big one” is on the way.

Elwood puts his career, and even his marriage, on the line by making a very specific prediction: disaster will strike the Cascadia Subduction Zone over the busy July Fourth weekend.

The scariest part of the story may be that Bernard’s book, like his others, is based on fact.

“I try to stay within the realm of possibility,” Bernard explained.

Much of CASCADIA is based on current geoscience, he said, which points toward a natural disaster much like the one imagined in those pages.

“Unfortunately, that is a worst-case scenario that is going to happen someday,” he said. “When it happens, it’s going to be the worst natural disaster in the United States.”

For someone who has written several novels about super storms and natural disasters, Bernard is far from an alarmist. However, he does say it helps to be prepared for disaster. After all, the best time to fix the roof is when the sun is shining—or in this case, before the earth starts quaking.

“At least be minimally prepared for when it hits,” he said.

One of the really fun aspects of CASCADIA is a subplot about the hunt for treasure on Neahkahnie Mountain. This well-known Pacific Northwest legend purports that treasure buried by Spanish explorers in the late 1500s lies buried somewhere on the mountain.

“That mountain has been dug up from top to bottom,” Bernard said. “As far as I know, nobody has reported finding treasure on the mountain.”

(Then again, who would report finding the treasure?)

Bernard got his start as a fiction writer after authoring several successful nonfiction weather books.

When he started, “I just sat down and wrote—how hard could this be?”

Pretty hard, as it turns out.

An encounter with best-selling thriller author Steve Barry at a conference in 2005 was a particularly humbling experience.

Bernard went into a one-on-one manuscript review session with high expectations. He was sure the novel would inspire awe and excitement. Maybe Barry would even recommend his agent!

But after reviewing the first 10 pages and synopsis, Barry handed them back with the words: “You’ve got a lot of work to do.”

“I don’t think I heard anything else he said. I was just crushed,” Bernard said.

That’s when Bernard got serious about learning the craft of thriller writing.

“That’s why you go to these conferences. You go to learn.” Also, there are many personal connections, and encouragement. “It keeps you going as a writer.”

As the lessons sink in from attending workshops and seminars, he said, you can begin to pick and choose advice based on what works for you: “You kind of develop your own style that way.”

After 10 years of learning the craft, and four different manuscripts, his personal “perfect storm” arrived with Eyewall.

He is now taking the reins as president of the Southeastern Writers’ Association, the organization that was so helpful to him in learning to become a thriller writer.

“I attribute a lot of my success to them,” he said.

In addition to running the writers’ organization, he is busy marketing and promoting CASCADIA. These days, his writing schedule is flexible, and he carries his shih tzu upstairs to keep him company in the office.

“I don’t keep a hard and fast schedule,” he said with a laugh. “I’m supposed to be retired!” 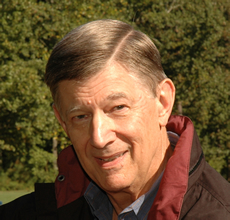 H. W. “Buzz” Bernard is a best-selling novelist, retired Weather Channel meteorologist, and a USAF veteran.  His debut novel, EYEWALL, was released in 2011 and went on to become a number-one best seller in Amazon’s Kindle Store. His next two novels, PLAGUE and SUPERCELL, won EPIC eBook Awards in the suspense/thriller category. His fourth novel, BLIZZARD, led to his nomination as a 2016 Georgia Author of the Year. CASCADIA, his most recent thriller, will be released in July 2016.

Buzz has penetrated the eye of a hurricane with the Air Force Hurricane Hunters, chased tornadoes, and provided field support to forest fire fighting operations in the Pacific Northwest. He also spent a summer working on Alaska’s arctic slope, and served two tours in Vietnam while on active duty with the Air Force.