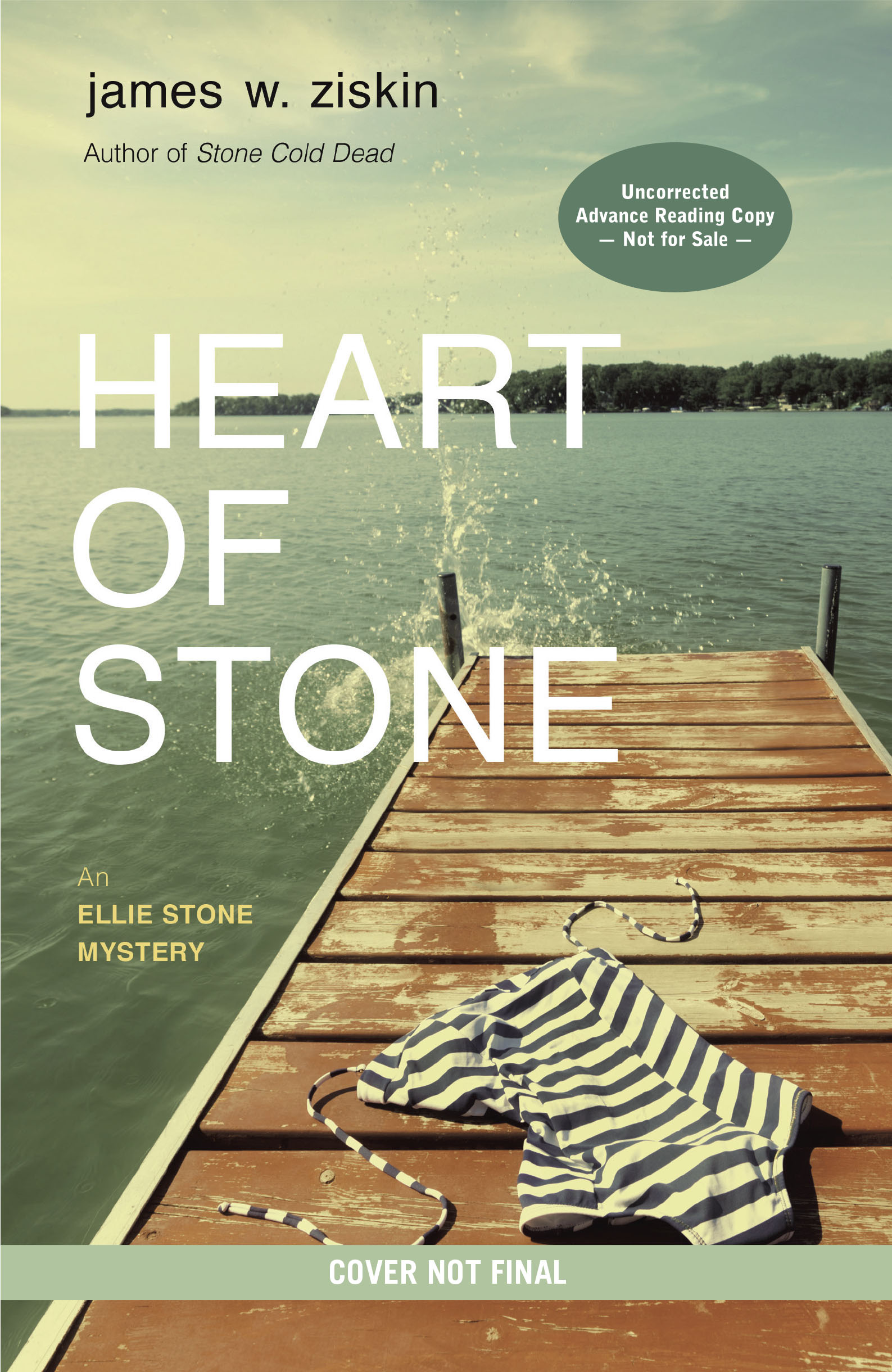 Ellie Stone—the feisty, funny reporter in James W. Ziskin’s highly acclaimed series of thrillers—is a young woman in her 20s who works at a small-town newspaper and solves murder mysteries back in the early 1960s.

Author Ziskin is a man who has worked mostly in cities like New York and Los Angeles and was barely alive more than half a century ago, during the time period of his books.

So what was Ziskin’s inspiration for creating such a unique character as Ellie—who is back this month with HEART OF STONE, the fourth book in the series?

“I loved the time period but only settled on it for some practical reasons involving the first book in the series, Styx & Stone,” said Ziskin. “I needed a setting close enough to the end of World War II to allow for memories that were still fresh, yet far enough removed to blur the focus.

“The decision to make my reporter a young woman was an easy one since I wanted constant conflict for my main character. So I thought of writing about a woman and giving her a job women didn’t often hold in those days. Men are constantly dismissing Ellie’s competence and reminding her that she’s ‘just a girl.’ But the fact that people underestimate her is actually an advantage for Ellie. She uses it to great effect in her investigations.”

Ziskin writes the Ellie books in the first personwhich certainly presents some challenges for a male author. But he says it’s the best way for him to connect with the character of Eleonora “Ellie” Stone, a self-described “modern girl” who—despite the straight-laced times of the early ‘60s—likes to drink and occasionally ends up in bed with a man.

“I’m trying get into her head,” he said. “If I wrote her in the third person, I doubt readers would have the same emotional connection with her. And of course all writers observe people and create characters from their experience. These characters can’t all be the same sex as their authors. So maybe it’s a good thing once in a while that a male author creates a female narrator and tries to climb inside her skin.”

In HEART OF STONE, Ellie investigates the deaths of two unrelated men in an apparent diving accident in upstate New York. The story is set on an idyllic lake in the Adirondacks instead of in the decaying mill town we see in other Ellie Stone books. She meets up there with a group of left-wing intellectuals and musicians she knew when she was a child on the lake. And one of them is after her heart.

Ziskin explained that he took Ellie out of the traditional newsroom setting for this book “to avoid the Cabot Cove syndrome”—referring to the fictional tiny New England town where Jessica Fletcher solved a murder a week. “Ellie’s adopted city of New Holland, NY, is too small to become Murder Capital USA,” he said. “So I decided to put Ellie on a lake this time. The setting also fits the story I want to tell: a love affair with risks and rewards.”

Ziskin said he pores over old newspapers, local and national, trolling for details to “help transport the reader back” to the early 1960s for the Ellie books. “It might be the food market ads from a local newspaper or a major international news story like the Berlin Crisis. I also look up what movies, television shows, books, and music were popular at the time my books take place. Then I try to use them sparingly. It’s important not to inject too much research into your story.”

How close has he come to making a mistake about something that didn’t exist back then? “I got a historical date wrong by one year in Styx & Stone. But since it was a character talking, I conveniently chalked it up to the fog of war and his own memory lapse.”

As for Ellie herself, some might say that a tough, free-spirited woman like her would seem out of place back then, but Ziskin disagrees.

“I think there have always been Ellie Stones out there, even before the sexual revolution. Remember that Helen Gurley Brown’s Sex and the Single Girl came out in 1962, so I wouldn’t say that Ellie represents any kind of anachronism. I also set out to challenge some of the stereotypes associated with female characters in crime fiction. Ellie is neither a shrinking violet nor an Amazon who beats up bad guys. She succeeds thanks to her wits and courage. And she makes her own choices when it comes to sex.”

Ziskin himself is a trained linguist who has taught French and Italian, worked as a photo-news producer in New York (“that’s the extent of my journalism experience”) and spent 16 years in the Hollywood postproduction industry—subtitling movies and television shows.

He was inspired to begin writing fiction after reading some of the best thriller and mystery authors in the business. The first was Frederick Forsyth’s Day of the Jackal. “I love the intrigue, international settings, the manhunt, and the villain. Brilliant.” Others included Dorothy L. Sayers, Dick Francis, Sara Paretsky, Sue Grafton, and Raymond Chandler.

Meanwhile, Ziskin’s already got plans for a lot of future Ellie titles. He said the series will move forward chronologically, so Ellie will be getting older—and wrestling with more social issues of the day—as she wades deeper into the turbulent ’60s.

“There’s Cast the First Stone next year, then A Stone’s Throw, set around the August racing season in Saratoga, NY. Then Sink like a Stone, Blood from a Stone, Etched in Stone, and a couple of more until I run out of ‘Stone’ titles.” 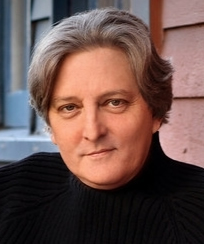 James W. Ziskin is the author of Styx & Stone, No Stone Unturned, and Stone Cold Dead, the first three Ellie Stone mysteries. A linguist by training, Ziskin was director of New York University’s Casa Italiana Zerilli-Marimò for five years, where he collaborated with an impressive catalogue of writers, journalists, and academics on cultural and educational events.