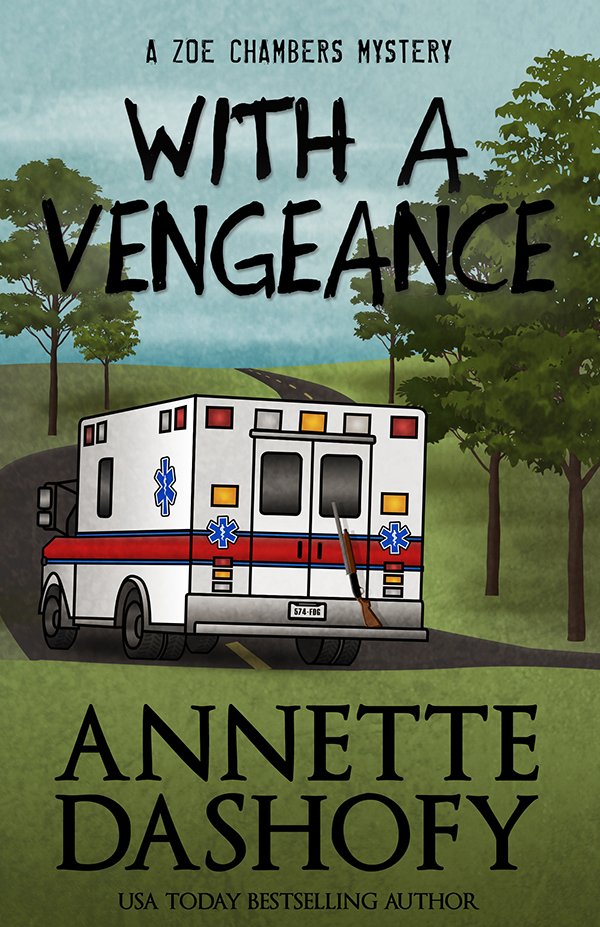 Annette Dashofy brings us the next installment in her Zoe Chambers mystery series, WITH A VENGEANCE.

Chambers and the rest of rural Monongahela County’s EMS and fire personnel are used to wading into the middle of trouble to rescue the sick and the injured. But when someone with an ax to grind seeks retribution by staging accident scenes and gunning down the first responders, Zoe finds herself forced to not only treat her own brethren of the front lines, but also, in her role as deputy coroner, seek out whoever is killing her friends.

The Big Thrill recently caught up with Dashofy to learn more about her series and what it takes to write an effective suspense story.

Tell us about your character, Zoe Chambers.  What has her journey been like up to this point?

Zoe’s a paramedic, and she’s been good at that job right from the start. But she’s also taken on the position of deputy coroner, which has been a challenge and not at all what she expected. Over the course of the series, she has struggled with whether or not to continue with the coroner’s office. It’s been fun for me to take that journey with her, and for the first three books, I honestly wasn’t sure of how it was going to work out either! And of course, she’s still trying to figure out her relationship with Police Chief Pete Adams. Will they or won’t they? Stay tuned!

Above all else, I think emotion. If the reader doesn’t get emotionally involved in the characters and the circumstances surrounding them, the most intricate plot won’t mean a thing. Also, I like a smart villain. If the protagonist doesn’t have a worthy opponent, I tend to lose interest. And in my own writing, if my villain isn’t clever enough, I sense something’s wrong in the story.

The first one I really remember was Mary Higgins Clark’s Where are the Children.  The tension and terror I felt while reading it stayed with me for weeks afterwards. Months even. Heck, the thought of it still raises the hair on the back of my neck!

Always! The fourth Zoe Chambers mystery WITH A VENGEANCE was just released and I’m putting the finishing touches on the fifth in the series. The working title is No Way Home and it takes Zoe far out of her comfort zone! And for those who have read Lost Legacy (#2), one of the most beloved characters from that book will be coming back in the sixth Zoe mystery. 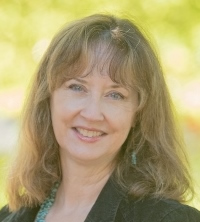 USA Today bestselling author Annette Dashofy has spent her entire life in rural Pennsylvania surrounded by cattle and horses. When she wasn’t roaming the family’s farm or playing in the barn, she could be found reading or writing. After high school, she spent five years as an EMT on the local ambulance service, dealing with everything from drunks passing out on the sidewalk to mangled bodies in car accidents. These days, she, her husband, and their spoiled cat, Kensi, live on property that was once part of her grandfather’s dairy.

Her Agatha nominated Zoe Chambers mystery series includes Circle of Influence (also nominated for the David Award for Best Mystery of 2014), Lost Legacy, Bridges Burned and the forthcoming With a Vengeance.