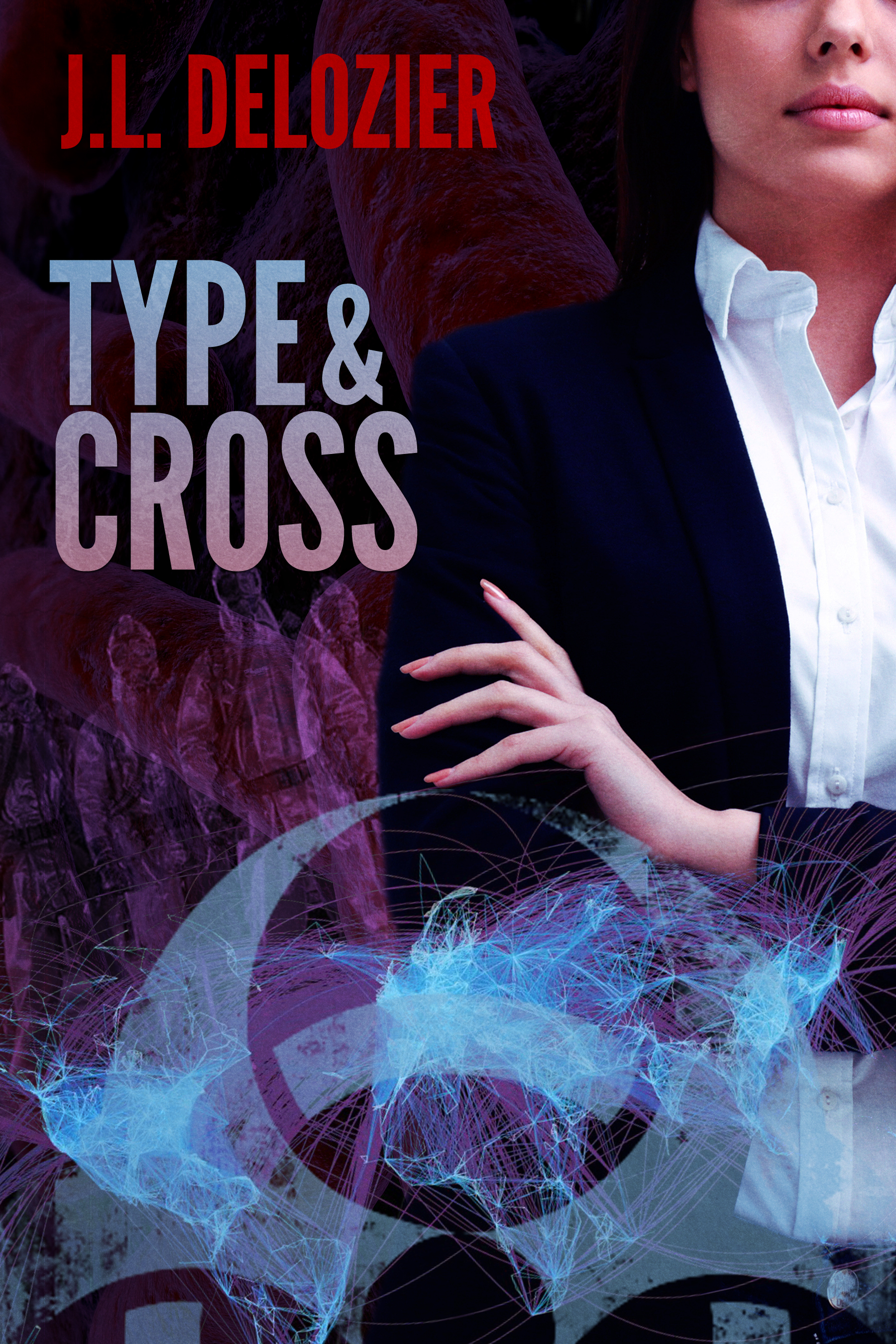 I read, with added delight, the thriller sub-genres that put an extra that could be me real-life layer of relatability in the story. Think about the espionage thriller that, as you read it, painted a picture of the dirty bomb taking out your hometown. Ever wanted to check your credit score after reading about a fictional hacker who steals identities? What about the trusted professionals in your life—policemen, firemen, physicians? Do you give them a second look after reading a novel where they use their training, and your trust, to do harm?

It’s the latter of those that give TYPE AND CROSS, from debut author J.L. Delozier, such intrigue. This is especially true when considering that the weapon of choice turns out to be blood cells—yours. According to Delozier, “I love medical anomalies—things that are on the cusp of being real or things that are real but have fantastical elements to them. I’m most comfortable in the realm of science. I never doubted that what I would write would be a science-based thriller.”

In TYPE AND CROSS, we’re introduced to Dr. Persephone Smith who battles a real-life medical anomaly of her own—enhanced (or pathologic) empathy. A person with enhanced empathy is, according to Delozier, “Much more perceptive than the average person, and they tend to take on the terrors of the world. They feel things so acutely that it’s distressful for them. I remember reading a case in medical school about a child who saw the news about starving kids in Africa, and she stopped eating. She starved herself to death. She had this pathologic empathy, and she felt it so terribly that she couldn’t put food past her lips.”

For fictional character Dr. Persephone Smith (Seph), her pathologic empathy means she can see inside the heads of criminals too twisted for other psychologists to unravel. But it also means, “Seph’s basic flaw is that she feels things so acutely, that she’s become this hardened—you could use the word criminal—soul herself.”

Like many legendary fictional heroes, the flaw that makes Seph struggle in everyday life is akin to a superpower in extreme situations. It also makes her the perfect foil in TYPE AND CROSS’ cat-and-mouse game with antagonist Dr. William Baine. He holds the key to stopping a pandemic released by bioterrorists. However, Baine has his own reasons for not wanting to give up the genetic secret that will stop the disease in its tracks.

Though Delozier, a storied physician in her own right, feels a real connection with her protagonist, the few scenes where she wasn’t in Seph’s head turned out to be among the author’s favorites. “I particularly like the three scenes from Baine’s point-of-view,” Delozier says, noting she had to fight to keep them in the book. “I thought they were crucial to understanding his synesthesia—the production of a sense impression relating to one sense or part of the body by stimulation of another sense or part of the body—and how he perceives the world.”

As noted earlier, Delozier likes medical anomalies that are on the cusp of being real. So, it’s no surprise then that she didn’t invent some kind of super-disease for her novel. Instead, the inspiration came from somewhere closer to home. “I was reading a medical journal, and there was an article in there about how a sickle cell blood type developed as a protection against malaria. The first question that came to my mind was, ‘If a blood type can be a protection against disease, can it also be a conduit for disease?’”

When asked about the first thriller that really had an impact on her, Delozier answered, “The one book that really rocked my young world was Lord of the Flies. It’s hard to classify. It’s a classic, of course, but I would call it a thriller. I read it in school, and it disturbed me to no end. It revealed to me the evil all humans—not just the so-called ‘bad’ people your parents warn you about—are capable of, given the proper set of circumstances. I saw the world differently after that book.”

This insight seemed to not only shed some light on the creation of Seph and her hardened soul, but also why Delozier chose to make her second novel a prequel to TYPE AND CROSS. In the yet-to-be-named thriller, Delozier takes readers back to a time when Seph was still a bit “green” as a psychologist and faith played an important role in her life. Unlike, TYPE AND CROSS, which takes place in locations around the world, Delozier’s second novel, which offers readers as much horror as it does thriller, takes place almost exclusively in the claustrophobic confines of a disaster relief shelter. Having spent many years working as a physician on the front lines in many disaster relief efforts, Delozier’s story promises to be as authentic as it will be gripping.

Though Delozier had enjoyed writing most of her life, and becoming a published author was an item that she can now scratch from her bucket list, that’s not what got her to the keyboard week-in and week-out. Her inspiration was bigger than that.

“I have a friend who was struggling through a tough period in his life—rehab, a divorce, etc. He would disappear for long periods of time and then reappear,” Delozier says. “I worried about him incessantly. I wanted to offer my support, as well as keep closer track of him and his recovery. But I couldn’t just call him all the time; he was a grown man. I needed a device. Then, I remembered he always wanted to write a musical. Since I always wanted to write a novel, we made a pact to Skype weekly, share our progress and talk about writing. I started writing then and never stopped.” 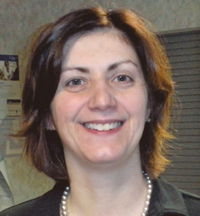 Dr. Jennifer Delozier submitted her first story, handwritten in pencil on lined school paper, to Isaac Asimov’s magazine while still in junior high school. Several years later, she took a creative writing elective at Penn State University and was hooked. She received her BS and MD degrees in six years, which was followed by the blur of internship, residency and the launch of her medical career. But she never forgot her first love. When she committed to writing her debut thriller, she spent some time rediscovering her favorite physician writers. From the deductive reasoning of Sir Arthur Conan Doyle to the cutting edge science of Michael Crichton, she remains inspired by facts that lie on the edge of reality: bizarre medical anomalies, new genetic discoveries and so on. These are the backbone of TYPE AND CROSS.

Dr. Delozier spent the early part of her career as a rural family doctor and then later as a government physician, caring for America’s veterans and deploying to disasters such as Hurricanes Katrina, Ike and Gustav. She continues to practice medicine and lives in Pennsylvania with her husband and four rescue cats.