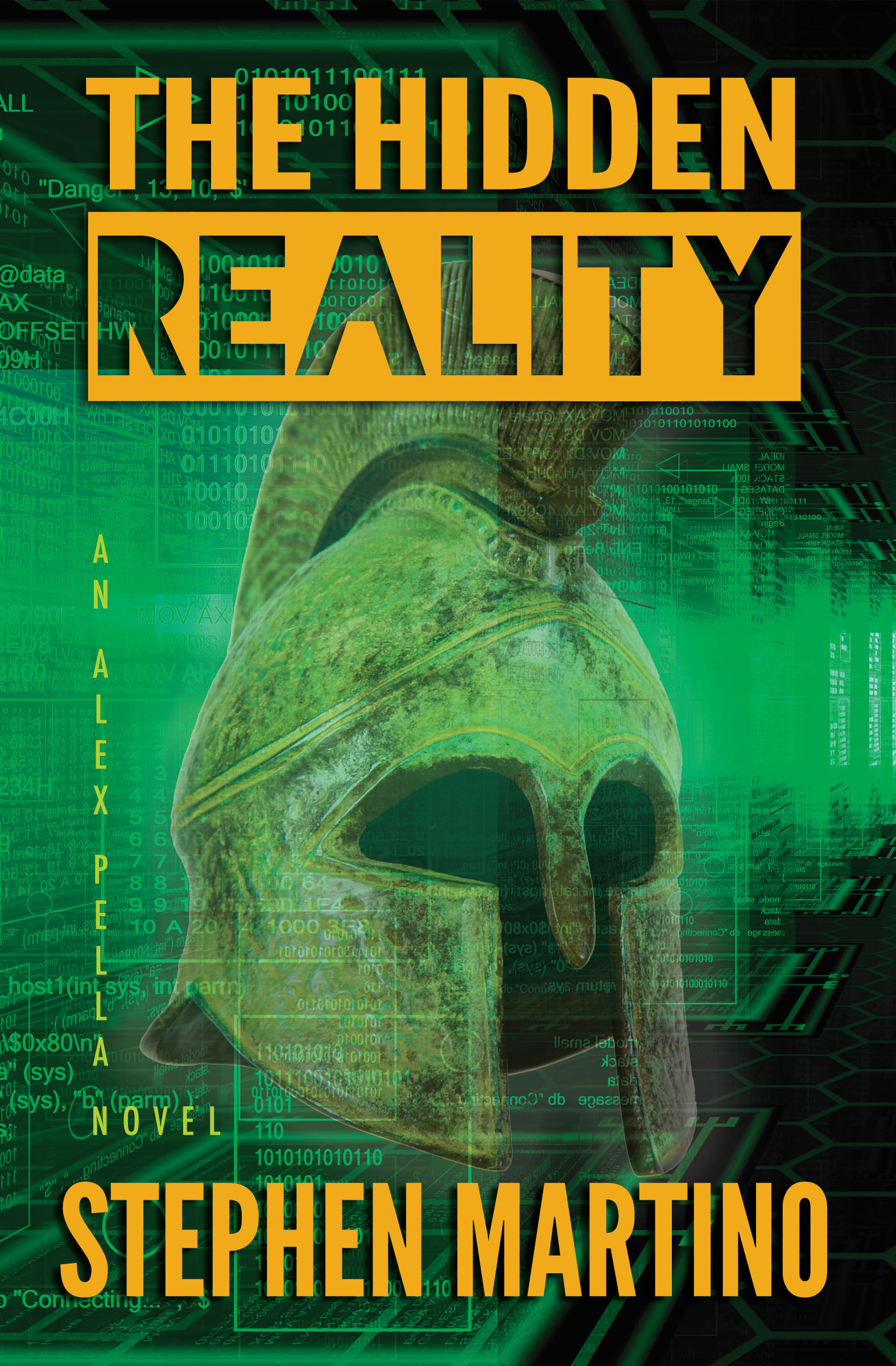 Since the publication of Stephen Martino’s The New Reality, anticipation for a follow-up has grown exponentially. The new installment, titled THE HIDDEN REALITY, doesn’t disappoint, and is another leap forward into the world Martino has created.

With The New Reality now in control of all nations, the brilliant doctor and inventor Alex Pella finds himself caught in a deadly power struggle between the tyrant who rules and the one who would. As he sets out on a mission to unravel the New World Order created by The New Reality, he must also face the hidden truths about his own genetic heritage, truths that are slowly destroying him. When he receives an ambiguous message supposedly sent from a man long dead, Alex learns the only way to win his battle against The New Reality is to defeat a long forgotten enemy nearly 2,500 years old.

The Big Thrill had the opportunity to catch up with Mr. Martino and ask a few questions about his books, his writing career, and what´s next.

Where did you come up with the idea to write your books?

I remember daydreaming in college over 20 years ago, thinking of different ideas that I wanted to write about one day. In fact, the initial idea for The Hidden Reality came to me while I was in history class learning about ancient Greece. The thought of recreating such a world and bringing it back to life mesmerized me. Plus, as the cultures of the Eastern and Western worlds collide once again, these historical topics are as apropos today as they were almost 2,500 years in the past. Though the pearls of wisdom conveyed in class that afternoon have been long lost in my memory, the inspiration I garnered from that professor still lives on and motivates me to this day.

What is even more interesting is that when I completed the class at the end of the semester, the professor wrote me a note, wishing me greatness in all my future endeavors. Ironically, this idea of greatness turned out to be a cornerstone of both my first and most recent novel, THE HIDDEN REALITY. Retrospectively, I can thank this great teacher for launching my eventual writing career and recognize him for all the inspiration he has given me throughout the years.

What prompted this story?

I wrote THE HIDDEN REALITY more than just to entertain the reader. I really wanted to create a novel with substance like Dan Brown’s Da Vinci Code or Michael Crichton’s Jurassic Park. These books not only tell a fantastic story but they also make the reader think. So what I did in THE HIDDEN REALITY was incorporate certain pressing topics that affect our world today, such the unprecedented worldwide economic debt, globalism, clash of East and West, and the rise of big government while combining it with some interesting subjects such as Ancient Greek military history, the concept of an Open Society, and futuristic scientific concepts.

In the end, my goal was to turn THE HIDDEN REALITY into a modern day allegoric Animal Farm to forewarn of the possible future consequences we may face as a result of our current follies. As political tensions rise around the globe, the world plunges into economic debt, Europe delves deeper into chaos, and new scientific and medical achievements astound us by the day, I incorporated these high-concept ideas into THE HIDDEN REALITY and attempted to make sense out of the pandemonium that surrounds us on a daily basis.

What can you tell us about Alex Pella?

He is the main character who drives the story. When I introduce Alex at the beginning of the novel, he is totally absorbed in toppling the New World Order that has overtaken the planet. Though a brilliant neuroscientist and inventor by trade, he has been neglecting his once-thriving business, friends, and fiancée in order to fight against this repressive government.

His mission is abruptly interrupted early in the novel after he receives a mysterious gift from a long-dead mentor and creator of the NWO. The gift proves to be more than just a simple present. It triggers memories and visions in Alex’s mind.  They not only explain hidden truths about his own genetic heritage but they also unveil a possible path to infiltrate the NWO.

The NWO must have a face, the embodiment of its evil.  Who is filling those shoes?

Myra Keres is the designated leader. Unscrupulous, conniving, and ruthless could be considered her more positive attributes. Her mantra is personal gain at any cost. Though she runs NWO, she has absolutely no concern for any civilians. In fact, she views them as only pawns that can be used to further both her influence and power. Their problems, concerns, and deaths mean nothing to her. With ties to an ancient cult previously known as the Illuminati, Myra would rather see the world’s inhabitants decimated than have them further populate the planet.

What comes after THE HIDDEN REALITY?

I am currently working on my third and last installment of The New Reality trilogy titled The Final Reality. THE HIDDEN REALITY is my second stand-alone novel in the series. The last novel will continue to delve into high-concept ideas and explore a long-forgotten world that has been hidden for thousands of years.

How much of your profession as a neurologist has influenced your writing? Did it help with the research?

Being a neurologist has definitely influenced my writing. In my first novel, I introduced a great plague known as The Disease, which ravaged the planet. The science behind such a scourge was based upon my research with different pathogens (germs) and my personal experience treating people with rare diseases that ravaged both their body and mind.

I have also used my training to help introduce new medical inventions that may one day be commonplace in clinical practice. In addition, my research in neuroscience and general science has proved beneficial when explaining many of the futuristic concepts and inventions I employed throughout my novels. Hopefully the time and effort that went into researching these topics makes my writing more convincing, rather than making it sound like the rambling of a mad man.

Honestly, I cannot remember the first thriller I ever read. However, I definitely remember the first memorable thriller that I ever laid my eyes on. The book was Jurassic Park by Michael Crichton. I remember how I read the entire novel in just two sittings. Usually a book at that time took me at least two weeks to finish. However, I was mesmerized by Crichton’s writing and could not put it down. Could dinosaurs be brought back to life? Is a real Jurassic park plausible? I didn’t have an answer, but my imagination went wild. And I’ve thought about the novel ever since.

At the time, I had no inkling that I would become a thriller writer. However, Jurassic Park and other works by Michael Crichton have influenced me as a writer and enhanced my storytelling skills. 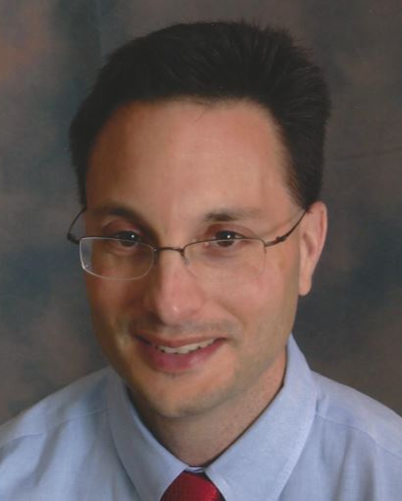 Stephen Martino’s debut novel was the The New Reality.  The publication of this book led to numerous radio interviews throughout the country.  By trade Martino is a board-certified neurologist, practicing in New Jersey. He is also a dedicated researcher. With projects devoted to concussion, dementia, and stroke, he hopes to help expand our understanding of these topics and find potential treatments for them in the future. He is an avid educator, instructing both medical students and residents along with high school students, EMS squads, and physicians throughout New Jersey. His dedication to the field of medicine has been recognized both nationally and locally.  When not working, he spends time with his wife and five children.