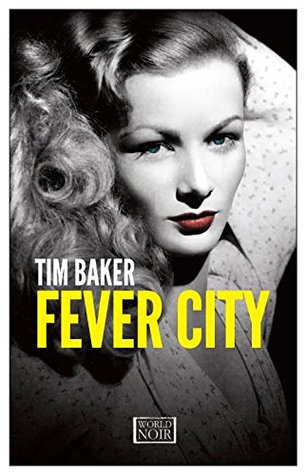 Tim Baker is a debut novelist with a globe-trotting background and a CV to knock your socks off. I’m delighted to be the lucky girl who gets to interview him!

Tim, you’ve, quite literally, ”seen the world.” How did a globe-trotting Aussie boy end up in the south of France?

I left Australia to live in Rome when I was 23, and whilst there I heard about a friend of a friend who needed someone to look after a place in the centre of Madrid. Who can say no to a freebie like that? However, after a year, it became harder to renew my Spanish residency visa, and I needed to leave the country for three months.

So I headed up to Paris, not realizing what magic and possibility was awaiting me there. Writing gigs and a wonderful rent-controlled apartment quickly came my way. My philosophy has always been that the unexpected is something that’s meant to be: you just haven’t received the memo yet. Marriage, the birth of my son, and a “real job” at the Australian embassy followed. When we heard by chance about a place on the Riviera becoming available just as our son was finishing middle school, we said yes. Yes is always easier to say than maybe or later.

What inspired you to start writing FEVER CITY?

I stumbled across a sound archive of the shooting of Lee Harvey Oswald by Jack Ruby and heard two things that shocked me. Were they proof of a conspiracy? Up until that moment, I had always believed that Oswald was the lone gunman, but if there was a conspiracy to kill Oswald, surely that suggested a conspiracy to kill JFK as well. I started doing research and was amazed that what I had heard in that recording had been missed by everyone else. I was on to something new. I started writing…

What does it feel like watching your first book fledge and leave the nest?

You depict an America that seems very authentic to this Brit. How do you produce that flavor when writing about a country that’s foreign to you?

Thanks! Locating much of the story in the past helps, because regardless of the setting, the past is a foreign country for most of us. That historical remove also helps provide greater scope for imaginative interpretation and ambiance. For me a sense of place in a book is very important – it’s not just a setting, it’s a character, and like most memorable characters, I think it’s more about tone than detail.

FEVER CITY is set across fifty odd years, and moves between them during the narrative. What challenges did that give you?

Once I worked out the three narrative voices that represent each time period – 1960, 1963, and 2014 – it presented no problems at all. Getting the voices right to begin with was the real challenge, but when I was confident I had found three distinguishable voices, I was left with a surprising sense of freedom and propulsion. And it was fun to keep jumping through time

Are you character or plot driven? What do you do if one of your characters starts developing at a tangent?

I’m character driven. I don’t plot. I start a project when I hear a voice that I feel confident enough to follow. That confidence – or trust – determines everything. I don’t know where the voice is leading me, but I know it will be somewhere unexpected and surprising. If one of the characters goes off on a tangent, I follow that character and see where it leads to. Sometimes it has nothing to do with the work in progress but rather with another work, so I feel grateful for the insight and head start on a future project. Nothing’s ever wasted, but that certainly doesn’t mean that everything has to end up on the page.

I was travelling around Australia after high school, hitchhiking and jumping freight trains. I suppose I wanted to be Woody Guthrie! My pack was weighed down with paperbacks, mainly Penguin classics and Faber poetry. I got a job picking cherries, at $3-$5 a day plus a cot and three hots. (Interviewer’s note: three hot meals, in case you were worrying.) Like me, one of the other pickers was a great reader, so we’d swap books when we were done. I gave him As I Lay Dying and The Loved One. He gave me Wheels by Arthur Hailey, which bored me, and The Moving Target by Ross Macdonald, which made a big impression. I loved the way he conveyed a sense of place; of natural beauty amidst all that human treachery. And of course, although the plot is dense, complex and satisfying, it’s all about character.

Is there a thriller you look at and think, “I wish I’d written that?”

Rosemary’s Baby is a brilliant and disturbing psychological thriller and also works as a powerful critique of social expectations towards women.

Your background in consular operations must have given you a unique insight into the less salubrious areas of international relations. Any stories you can share with us?

Not without going to jail.

Did you use any real cases to inspire you when writing FEVER CITY?

What I called upon was an authentic, inside knowledge concerning police and judicial procedures, and the way in which investigations normally proceed. But more than that, it informed my belief that when things go wrong, they go wrong in wholly unforeseen ways. No matter how brilliant the detective work, circumstances can conspire to broadside the investigations in astonishing ways.

Do you have a motto?

I have one from Ulysses: “The longest way round is the shortest way home.” 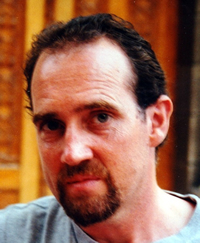 Born into a showbiz milieu in Sydney, Tim Baker left Australia to travel in his early 20s and lived in Rome and Madrid before moving to Paris, where he wrote about jazz and worked on film projects in India, China, Brazil, Mexico, Australia, France and LA. He later ran consular operations in France and North Africa for the Australian embassy, liaising with international authorities on cases involving murder, kidnap, terrorism and disappearances. He currently lives in the South of France with his wife, their son and two rescue animals, a dog and a cat. He is working on several novels, including a sequel to FEVER CITY.