Revelatory Stories from a Master of Crime Fiction 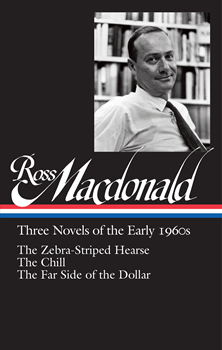 In spring 1959 the California newspapers were full of stories about a young woman’s disappearance. Linda Millar, a 19-year-old honor student, vanished from the University of California Davis campus. For more than a week, her distraught Santa Barbara parents, Kenneth and Margaret, tried to find her, hiring a private detective and asking the media to publish stories on the search. Linda read a written appeal from her father in one newspaper and telephoned home. She had been wandering through Northern California and Reno, Nevada. “She just wasn’t herself,” said a private detective.

The problems of Linda Millar ran deep. Three years earlier, driving drunk, she hit three pedestrians and killed one, a 13-year-old boy; she was on probation and under psychiatric care when she disappeared from college. After her father drove to Reno to reunite her with her family, Linda was hospitalized for emotional stress.

Leap forward to the early 1960s: Three novels in the Lew Archer detective series hit the stores: The Zebra Striped Hearse, The Chill and The Far Side of the Dollar. They were meticulously constructed mysteries, with spare yet eloquent prose and haunting Southern California atmosphere. And the plots of all three books revolved around the disappearance of a young woman or a young man, or the breach between a father and daughter. The author: Ross Macdonald, the pen name of Kenneth Millar. The author of 18 Lew Archer novels, Macdonald is today considered the third in the “holy trinity” of American crime fiction icons, with Dashiell Hammett and Raymond Chandler. Macdonald’s writing style has influenced writers from Sue Grafton to Michael Connelly.

Author and critic Tom Nolan selected these three books for the collection, published by the Library of America. “He was a brilliant writer in so many ways and these three are first-rate books representing a golden period.” (Macdonald aficianados debate whether The Chill or The Galton Case is his best book.) The connection between the personal traumas of Kenneth Millar and the professional work of Ross Macdonald is anything but news to Nolan. He wrote an acclaimed 2008 biography of Macdonald revealing the at-times unhappy life (an impoverished, fatherless Canadian childhood, a difficult marriage) of the deeply private writer, who had been known to make it a condition of press interviews that his daughter not be mentioned. He died of Alzheimer’s disease in 1983. 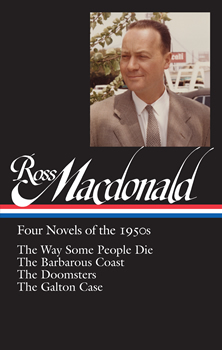 It was the disappearance of Linda Millar that intrigued Nolan to the point of researching Macdonald’s life. He was already an admirer of the Lew Archer novels. “When I read his books, I loved their style and content,” Nolan says. “They seemed to me as good as Hammett’s and Chandler’s, and they had emotional, psychological and humane qualities that those others didn’t seem to.  Also some Macdonald books had Canadian content, which appealed to me because I was born in Canada.”

Initial research into Macdonald’s life, finding out what archival material existed and obtaining copies of some of it, began in the mid-1980s.  “I got a contract to write the book in 1990 and delivered the final manuscript in 1999,” Nolan says. “By then I’d interviewed a couple hundred people who’d known Macdonald, including his widow, the author Margaret Millar (who died in 1994).  My wife did exhaustive work as my researcher, finding hundreds of newspaper and magazine stories, tracking down scores of interview subjects; we traveled together to Ann Arbor, where he studied and taught at the University of Michigan; and to Ontario, Canada.  I went alone to Mississippi to interview Eudora Welty, who became good friends with Ken Millar.  Over an extended period, I reviewed every page of Kenneth Millar’s extensive archive at UC Irvine.”

Nolan also edited a collection of Macdonald’s early work: Ross Macdonald: Four Novels of the 1950s: The Way Some People Die/The Barbarous Coast/The Doomsters/The Galton Case. The three 1960s novels in the most recent collection “display, within the detective-fiction context, an elegant style that author Donna Leon has compared to Alexander Pope’s,” says Nolan. For those who look for them, literary themes can be found in Lew Archer’s investigations.  Macdonald earned a Ph.D. in English literature at the University of Michigan with a dissertation on Samuel Coleridge, and story points from “The Rime of the Ancient Mariner” can be found in The Chill.

This does not mean Macdonald’s writing style strays into the high falutin’. His character descriptions yield rich rewards for those who appreciate hard-boiled prose. In The Chill, when Archer meets Madge Gerhardi: “Between their deep blue artificial shadows, her eyes were the color of gin.” Or, in The Zebra-Striped Hearse, “The stout woman behind the counter looked as though she had spent her life waiting, but not for me.” In The Far Side of the Dollar: “He sat there looking at me rather sulkily from under his hair, as if I’d halted him in the middle of the Grand Prix.”

As Sue Grafton wrote in the foreword to Nolan’s biography of Macdonald:   “From him, we finally understood that the crime novel could be as challenging, as astute, and as rarefied as the sonnet…precise, perceptive and passionate…even while its fundamental subject matter remained rooted in crime and violent death.” 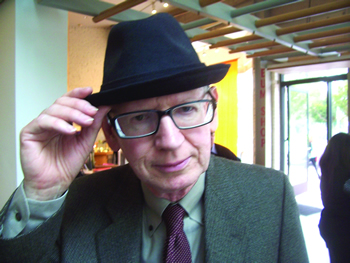 Nolan says that for Macdonald, equal weight was given to each word in the phrase popular culture. He explains: “Macdonald didn’t think excellent crime-novelists, among whom he included Faulkner (Intruder in the Dust), Dostoevsky (Crime and Punishment), Hammett, Simenon, and his own wife Margaret Millar, ‘transcended’ the genre but that they ‘fulfilled’ it; that they realized its potential as an art form dealing with matters of life and death.  Out of the bloody Jacobean and Elizabethan revenge plays came Shakespeare’s Hamlet. ”

During the length of his writing career, Macdonald grappled with critical snobbery. And it extends beyond his lifetime. In its review of Nolan’s biography, a New York Times critic called Macdonald’s work “repetitive and dully written” and filled with “naïve dime-store psychologizing.”

Nonetheless, the books had many ardent fans during the time they were published, and in 1974 Macdonald received the Grand Master Award from the Mystery Writers of America. His work made it to the big screen with none other than Paul Newman playing “Lew Harper” in Harper and The Drowning Pool, scripts adapted by William Goldman. In one of the most tantalizing “Might have been’s” imaginable, Sam Peckinpah also signed with a producer to direct The Chill, with Bette Davis starring. Sadly, financing fell through.

Since his death, Macdonald’s fiction has gained steam. In our era of Save the Cat beat sheets and Scrivener software, it’s interesting to discover how he wrote his books, known for their intricate plots and twists. The Chill, for example, delivers one of the best ending twists of any detective story written, many agree.

Nolan says, “Macdonald accumulated plot notebooks, starting in the middle 1940s, as soon as he became a full-time writer.  In these he would write ideas for novels, and, in the beginning, short stories.  These could be as brief as a few sentences or as extensive as several pages.  When he was ready to begin a new book, he would consult his store of notebooks and select a few to consider.  He might further develop or change and reshape the plot  notes; consider various options (“Maybe” this, or “perhaps” that.)  He would often leave the “choice” of murderer open until late in the writing of a book – so the reader (and the writer) might be surprised.  This worked for him, because in his stories of dysfunctional families and social systems, there was always enough guilt to go around.  He traced this back in literature: ‘Ibsen blamed everyone.’

“Having fixed on a plot, he would begin actual writing, starting with an opening paragraph and often going on for a first chapter or more.  In some cases, he would decide he liked what he had and continue to write the complete novel, or novelette, in the 1950s.  Or he might put that beginning aside, to return to it years later, or never.”

As for what Macdonald might advise today’s mystery writers, Ross says: “Write your own best book.  Don’t (merely) imitate others; bring something unique–and excellent.”

For more on the fiction of Margaret Millar, read our interview with Sarah Weinman on Women Crime Writers: Eight Suspense Novels of the 1940s and 1950s.

Nancy Bilyeau is the editor of The Big Thrill. She has worked at ‘Rolling Stone,’ ‘Entertainment Weekly’ and ‘InStyle.’ Her historical thriller trilogy is published by Touchstone Books.