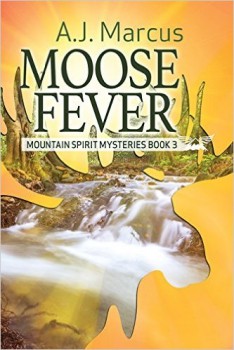 This time around, Summers and his fiancé, wildlife rehabber Landon Weir, are preparing for their wedding when someone starts killing moose along a creek in the northern part of Teller County. As the moose casualties rise, human bodies turn up, and the case is taken over by the sheriff’s office. When a Forestry Service Ranger is killed, the service joins the hunt. All signs point to one of the many photographers who have been taking pictures of the moose.

Then Weir discovers a small piece of gold in the creek and while there now appears to be a motive, Summers and Weir still lack solid suspects. Bullets fly as the duo seek to track down the perpetrator while trying to get everything wrapped up in time for their wedding.

The Big Thrill recently caught up with Marcus to discuss his series and what he has in store for readers next.

What first drew you to writing mysteries set in the parks and wildlife field?

In real life, I’m a falconer. I have regular interactions with our local Colorado Parks and Wildlife officers. I also have a degree in biology which I got many years ago due to my love of animals. When I started thinking about the types of mysteries I’d like to write, I first thought about things that would impact wildlife and the natural world around us. I’ve also worked in wildlife rehabilitation and I know some of the things we’ve encountered there that left us scratching our heads. It seemed like a great fit for a mystery book series. When I run out of ideas I hit Colorado Parks and Wildlife magazine for some of their stories, or just watch the news. Some of MOOSE FEVER came out of the news reports a couple of years ago.

Tell us about your character, Brock Summers.  What has his journey been like up to this point?

Brock Summers is one of my favorite characters to write. He’s a classic workaholic, but it’s not for financial gain like so many workaholics, he’s out there to save as many animals as possible while protecting their habitat from unthinking or uncaring people. Brock is a classic boy scout. Since joining Parks and Wildlife right out of college, Brock has been so driven he’s not really had much time for relationships outside of work. His best friend, Dara Silverstein, is a fellow Parks and Wildlife officer. Beyond work, his life revolves around his big dog, Bear. During the course of the Mountain Spirit books he finally finds someone to share his life with, Landon Weir, a wildlife rehabber. The big subplot in MOOSE FEVER is preparing for their wedding and seeing if they’re both going to make it.

You’ve got to be able to keep your readers on the edge of their seat and turning pages. You need to be able to grab hold of them right off and keep them guessing all the way through. Don’t write a straight forward book. There needs to be lots of twists and turns.

What advice would you give to the newbie author who is just starting out?

The biggest advice I give to new authors, write…and finish what you’re working on. It’s fine to have multiple things going at one time, but finish things. Also find a critique group. That can be really hard to do. But if you want to be a professional, you’ll need input beyond what your family and friends can give you. You need people who can be brutally honest with your work so you can grow and prefect your craft. And don’t give up. I don’t know how many rejections I’ve gotten on things, they pile up, but don’t let them get the better of you. Eagle’s Blood, the first of the Mountain Spirit Mysteries, was rejected several times before it was accepted, and now we’re seeing MOOSE FEVER, with more books on the way.

Right now Cougar Chaos is going through editing—it’s the fourth book in the Mountain Spirit Mysteries series. I’ve got plans for a couple more books. I’d like to see the series go on for a while. Beyond that, there’s a lot happening with several different publishers in several different genres. 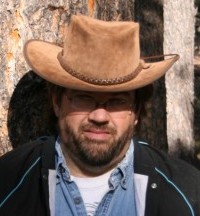 A.J. Marcus has been writing to pass the time since high school. The stories he wrote helped him deal with life. A few years ago, he started sharing those stories with friends who enjoyed them, and he has started sending his works out into the world to share with other people. He lives in the mountains with his extremely supportive husband. They have a lot of critters, including dogs, cats, birds, horses, and rabbits. When not writing, A.J. spends a lot of time hiking, trail riding, or just driving in the mountains. Nature provides a lot of inspiration for his work and keeps him writing. He is also an avid photographer and falconer; don’t get him started talking about his birds because he won’t stop for a while.

To learn more about A.J., please visit his website.