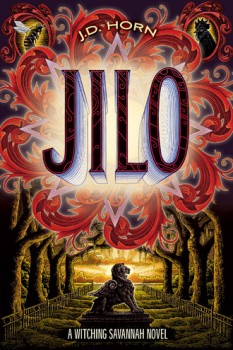 The author of the best-selling Witching Savannah series has done it again with his newest novel JILO.

JILO is about a woman forced to follow a dark path that may lead to her destruction—or might just be exactly what she needs.

J.D. Horn is a man of many talents. He’s a captivating author, runs marathons, speaks multiple languages, is an accomplished traveler and even has an MBA in international business.  This month, Horn spoke to The Big Thrill about his new book.

Tell me about your new novel, JILO

JILO is by far the most challenging book I’ve written. It’s a magical fantasy set in Jim Crow era Savannah. I’ve done my best to balance the elements of paranormal horror with the actual historical horrors, without trivializing or exploiting the suffering of those who lived through the period. Only readers will be able to determine how successful I’ve been in my attempt.

JILO is the backstory of one of the Witching Savannah series’ most popular characters, Jilo Wills.  With the success of the series, it seemed natural to explore the origin of this reader (and author) favorite.  When I started considering what this woman’s early life would have been like, considering her age and geography, I realized that I’d be up against a lot of ugly history.

The cover text sums the story up like this: “Young Jilo—fiercely independent, intelligent, and ambitious, but thwarted by Savannah’s maddeningly genteel version of bigotry—finds herself forced to embrace a dark power that has pursued her family for generations, an ancient magic that may prove her salvation…or her undoing.” It’s a gripping multigenerational story with a lot of characters you’re going to root for, and a few you’re going to want to throttle.

Although JILO is the fourth book in the series, it’s also a prequel, so new readers can pick up the series with JILO and  then, if they’d like, circle back to The Line.

Do you have a favorite character you like to write?

I have several favorites, but it’s telling that Jilo is the only Witching Savannah series character who’s gotten her own book. When writing The Line, I kept hitting a wall at around page 150.  Jilo was to be a minor character, mentioned only in passing as being related to the character I’d intended to serve as my heroine’s foil. I was on my fourth or fifth rewrite, gaining once again on that page 150 wall, when I typed the name Jilo Wills. No sooner had I written her name than I heard—yes, heard—Jilo’s voice telling me that she knew what happened next, and if I wanted to learn what that was, I’d better start listening to her. Judge my sanity if you will, but Jilo wrote the rest of The Line and carried me through The Source.

Jilo fell strangely silent when it came time to help me with her own story. She made me work for it.  When I finished the final draft, though, I felt her smile. She was pleased. I hope her fans will be as well.

How do you get inspired when starting a new novel?

Research. I like to be grounded in setting, through travel (when possible) and reading nonfiction. For me, setting is always one of the main characters.

Daydreaming. Letting characters begin to reveal themselves to me (and to each other).

What got you interested in writing in the first place?

Reading. Seriously. How can a person be a reader and not want to share her or his own stories, too?

How have you grown as an author?

I’ve had the privilege of working with professional editors on five books now. I’ve listened.

There are a lot of ancillary activities that pop up around being a published author—activities that shift one’s focus away from the actual writing.  I’ve learned that my success (and happiness) as an author depends much less on these activities than working on becoming the best writer/storyteller I can be.

It’s been an amazing two years since my debut. People sometimes question how I’ve managed to bring out five books since February 2014. The answer is that my first sold to the publisher in 2012, and they gave me 2013 and the first part of 2014 to write the next two. While struggling with (and avoiding) writing JILO I worked on Shivaree, just to keep myself from freezing up completely. Happily, my publisher picked up Shivaree and gave me the extra time I needed to work on JILO.  I mention all this to explain why JILO will be the only thing I have coming out until later in 2017.

I’ve got a couple of new projects in the works, one that entails a trip to New Orleans, and another that will require spending time with law enforcement, though hopefully not due to any incident on Bourbon Street. Watch this space. 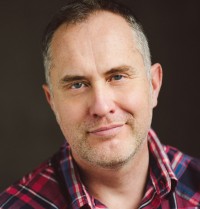