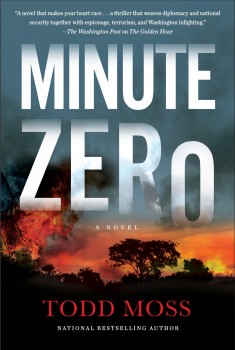 Todd Moss has the perfect background to write political thrillers about diplomacy around the world. In 2007 he was the top U.S. diplomat in West Africa, and he’s the author of four books on international affairs. He is now at the Center for Global Development in Washington and a professor at Georgetown University. We’re fortunate that he’s chosen to use his knowledge and experience to write heart racing thrillers (in the words of the Washington Post).

James Fallows of The Atlantic wrote that as Tom Clancy used fiction to illuminate the world of the military, you use it to reveal the world of diplomacy. Would you tell us a little about your background and some of your experiences that drive your fiction?

I was very lucky to have the chance to serve as the State Department’s top diplomat for West Africa, overseeing relations with 16 countries. When I left State in 2008, I wanted to share some of the inner workings of how our government works—or often doesn’t—during crises like coups or the outbreak of conflict. I actually started to write a non-fiction book about dysfunction in U.S. foreign policy, but decided instead to try a thriller because it would be more fun. I also wanted to take readers inside the White House Situation Room or into a windowless room in one of our embassies to hear how policymakers debate and fight over what to do. Fiction allowed me to do this without revealing classified information or burning former colleagues. So I created Judd Ryker and his special Crisis Reaction Unit. Ironically, I could be much more truthful with fiction.

Real world events influenced me too. The Golden Hour was inspired by an actual coup in West Africa that I tried, and failed, to reverse. MINUTE ZERO was based in part on a real election that went badly and, I believe, was a missed opportunity for the United States. So the plots and characters are fictional, but they are grounded in reality. 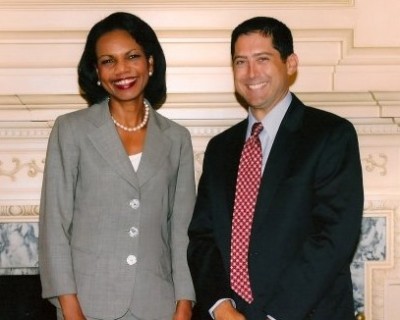 Most of the issues in MINUTE ZERO seem to be driven by political considerations in Washington and the CIA plays a powerful role.  How much does policy drive the CIA and how much does the CIA drive policy?

The CIA and the military get all the thriller glory, so I wanted to write a different kind of thriller about diplomats. By design, the CIA does not make policy. The Agency’s analysts are supposed to gather information and understand the world, as an input to policymakers in the White House, the State Department, and other agencies. The operational side of the CIA, the Clandestine Service, runs covert operations, but they don’t make policy either. The CIA is supposed to be a tool to help inform and implement policy, not set it. There have been rogue operations in the past, but those are very much exceptions. This division of labor is very much a part of the plot and tension in MINUTE ZERO.

Although the names of your political actors in Zimbabwe have been changed (to protect the guilty?), some of your characters are clearly based on those running that country today. Can you see developments in Zimbabwe playing out as they do in MINUTE ZERO?

In MINUTE ZERO, an aging dictator runs the country while a military general and the First Lady are each scheming to take over. This is almost exactly the case in Zimbabwe today. Robert Mugabe just turned 92, while his wife Grace and his longtime security chief Emmerson Mnangagwa are in a bitter competition to succeed him. I truly hope that Zimbabwe, a beautiful country of tremendous potential, will see a change for the better soon. Sadly, it doesn’t look like it will happen through the ballot box. 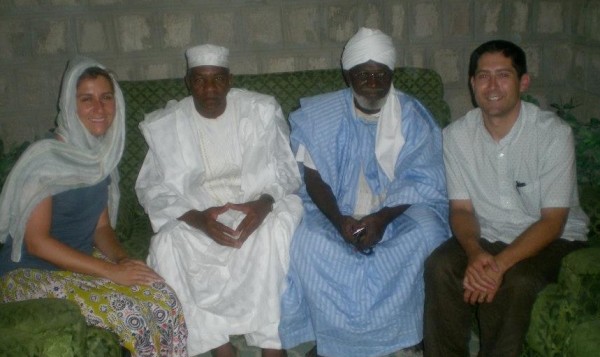 Todd and his wife with the Grand Imam in Timbuktu

The title of your first book – The Golden Hour – refers to the first hour after an attack when the patient has the best chance of recovery if treated, and MINUTE ZERO refers to a pivotal moment when the chaos after a crisis can be directed before things settle down.  Is the message of your books that timing is critical in international affairs?

Absolutely. Windows of opportunity arise all the time, but they also close quickly. The U.S., in part because we are so big and have so many different agencies involved, often takes far too long to make decisions or to act. In fact, the whole raison d’être for Judd Ryker’s Crisis Reaction Unit at the State Department is to speed up response times. 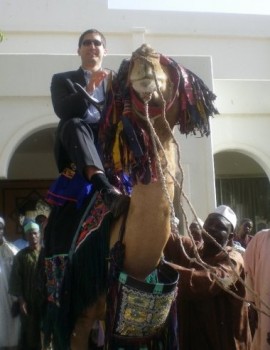 Trying out local transport. Todd looks a bit dubious of the Sultan’s Camel

Judd puts together an unusual team to help him in Zimbabwe – the military man, the Justice Department representative, and the CIA Station Chief at the embassy. Why did you choose that particular combination of talents?

In reality, we have lots of U.S. government agencies involved in foreign affairs. When it works well, they each bring special talents and expertise to make our policy work. Often, they fight with each other. In MINUTE ZERO, I wanted Judd to build a special circle of allies to help him not only with his mission in Zimbabwe, but to navigate the labyrinth of Washington politics. That’s why he needed allies outside of his own building. I also found this to be very true in real life.

Judd is facing make or break for his Crisis Reaction Unit, there’s a lot going on that he doesn’t know about with his family, and Zimbabwe is spiraling into crisis. As a writer, how did you decide to balance these different tensions?

I deliberately gave the main characters parallel tensions in their professional and personal lives. Ryker is simultaneously trying to achieve his mission, save his job, and not abandon his family. Same goes for his wife Jessica. All professionals face these strains, and they’re especially sharp for those in high-pressure government jobs. What’s most fun in the story is when these worlds and tensions collide.

What’s next for Judd Ryker? And does SECOND occur in the title of the book?

Good question! For the third book, I didn’t want to be stuck in a time theme or to have Ryker stuck only in Africa. Ghosts of Havana opens with four American soccer dads fishing off the coast of Florida when they’re captured by the Cuban Navy. Judd Ryker is sent to negotiate their release, but quickly finds that his true mission may be something else. Ghosts of Havana will be out September 6. 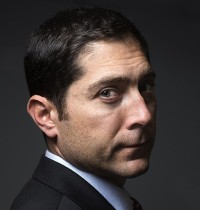 Todd Moss, formerly the top U.S. State Department official for West Africa, is now Senior Fellow & COO at the Center for Global Development in Washington DC. Todd has previously worked at the World Bank and been a professor at Georgetown University and the London School of Economics. His debut novel THE GOLDEN HOUR (Putnam/Penguin, Sept 2014) follows Judd Ryker, a young American diplomat who has 100 hours to reverse a coup in Mali, rescue a kidnapped Peace Corps volunteer, and stop a terrorist attack on the U.S. Embassy. The sequel MINUTE ZERO, about Ryker’s fight against chaos during a violent election in Zimbabwe, was released Sept 2015. The third book in the Ryker series, GHOSTS OF HAVANA will be out fall 2016.