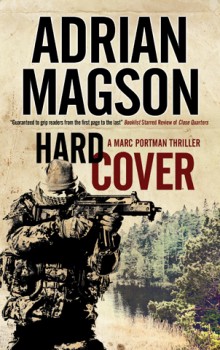 President Vladimir Putin is almost universally viewed as Russia’s strong man, willing and able to stand up to what he sees as bullying by the West.  He presents himself as the strong, unyielding leader.  At home, he’s surrounded by powerful political, military, and industrial figures, some of whom share his world view that friendly relations with the West are a threat to Russia and their own business interests and careers.

From a thriller perspective, I wanted to explore the possibility of what might happen if an outsider—a “dissident” and “traitor” to many in Moscow parlance—tried to lure the president away from his hard-line stance against the West.

I came up with a scenario where increasing tension between Moscow and the West causes a former KGB colleague and one-time mentor to Putin, Leonid Tzorekov, to act. Now a successful businessman and banker living in London, Tzorekov seeks a secret meeting with Putin inside Russia.

However, in doing so he has to factor in the people surrounding Putin. Among them is a group known as the Wise Men, a powerful caucus of politicians, senior military men, and business moguls—including arms manufacturers—who will go to any lengths to ensure the proposed meeting does not take place. Even if that means eliminating Tzorekov and anybody connected with him.

For Tzorekov, such a move is fraught with danger and doubt. What if Putin refuses to see him? Would that be the worst that could happen? Or only the beginning?  It would mean failure, certainly—even humiliation on a personal level. But, Tzorekov reasons, it would be worth a try not only to improve relations at such a dangerous time for the world, but also to make up for his own exile from his Mother Country, which he misses with a heavy heart.

In case things go wrong, Tzorekov informs Britain’s secret intelligence service, MI6, of his plan. They in turn advise the US State Department and the CIA, and this new coalition decides on how they might assist in what could be the most significant event of the decade. But how? Any obvious collusion with the West could be interpreted wrongly, and Tzorekov insists on going into Russia undercover, helped solely by his bodyguard, Arkady Gurov, another former KGB man.

Enter Marc Portman, code name “Watchman.” Hired by the coalition to provide covert back-up, his job is to ensure that Tzorekov gets to his desired meeting with President Putin, all the time making sure that neither Tzorekov nor the Wise Men know he is there.

It’s a fairly normal job for Portman, running security, evaluating risks and, if necessary, providing hard cover. And when the assignment takes an unexpected and violent turn, and a group of former Spetsnaz fighters is sent by the Wise Men to eliminate Tzorekov, Portman has no choice but to take the hard cover option and fight back.

I had great fun researching and writing HARD COVER, and hope readers enjoy the ride. 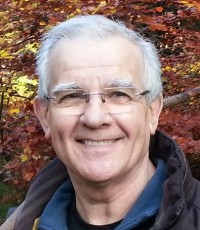 Adrian Magson is the author of 20 crime and spy thrillers, a YA ghost novel and ‘WRITE ON!’ – a writers’ help book.
His latest books are ‘THE LOCKER’ (Midnight Ink), the first in a new thriller series featuring private security investigators Ruth Gonzales and Andy Vaslik, and ‘HARD COVER’, the third in the Marc ‘Watchman’ Portman series of spy thrillers.