A Thriller Set In Yemen and the Futility of War 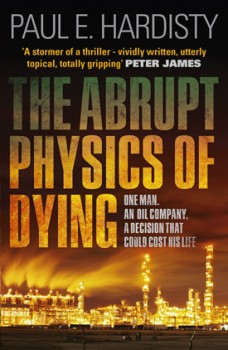 A Canadian by birth, Paul Hardisty has spent 25 years working all over the world as an engineer, hydrologist, and environmental scientist.  He has rough-necked on oil rigs in Texas, explored for gold in the Arctic, and rehabilitated village water wells in the wilds of Africa. He survived a bomb blast in a café in Sana’a in 1993 and was one of the last westerners out of Yemen before the outbreak of the 1994 civil war.  Yemen is the setting for his powerful debut thriller THE ABRUPT PHYSICS OF DYING featuring a South African protagonist.  The novel was an instant success in the UK, receiving strong critical acclaim.  It was short-listed for the Crime Writers Association Creasy New Blood Dagger award – the premier British award for first novels in the mystery/thriller genre. Peter James described it as “a stormer of a thriller – vividly written, utterly topical, totally gripping.”

Paul is a university professor and Director of Australia’s national water, land and ecosystems research program, and lives in Western Australia. He is a pilot, a sailor, a keen outdoorsman, and conservation volunteer. When Paul writes about oil exploration and environmental catastrophe, he knows what he’s writing about. He’s been there!

I asked Paul about the novel and his protagonist, Claymore Straker.

Clay is an intriguing character. Disillusioned by war and greed and now willing to ‘go with the flow’, he still can’t turn his back on the suffering of the people of Yemen. There seems a touch of Lawrence of Arabia in Clay.  With all the world’s conflicts to choose from, why did you decide to make him a South African and a veteran of South Africa’s dirty war in Angola?

Yes, THE ABRUPT PHYSICS OF DYING features a South African. As the novel opens he is 34 years old, working in the Middle East as an engineer. But he carries a heavy burden. At nineteen, like so many of his countrymen of that generation, he was sent to Angola to fight the communists in the Border War. This little known conflict raged in the huge wild territory of what is now Namibia and Angola over two decades, costing hundreds of thousands of lives. The experience left Clay scarred, emotionally and physically, and as the book unfolds he comes to see the futility of the war, and of the bankrupt ideals which they were told they were fighting for.  I’m working on the prequel to THE ABRUPT PHYSICS OF DYING now.  It’s set during that dirty war, and reveals how and why Clay goes from idealistic teenager fighting for his country to decorated veteran who is eventually dishonorably discharged and exiled.  Coming face to face with the true philosophical underpinnings and practical implementation of apartheid are a key part of this, and shape him in ways he only begins to understand as he confronts the life or death dilemma that unfolds in Yemen. 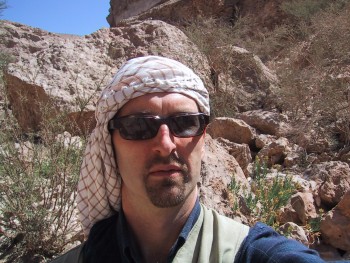 Clay’s profession and experience seems close to your own. How much of the detail of THE ABRUPT PHYSICS OF DYING comes from your first-hand knowledge and how much is fiction to build the story? And have you based Clay on yourself to some extent?

The core events of THE ABRUPT PHYSICS OF DYING are based on events I experienced while living and working in Yemen over a period of fifteen years. I was there in the immediate aftermath of the Gulf War, and as the 1994 civil war erupted, and saw firsthand the effects of war and mass migration on people, the environment, and communities. I also witnessed the damage done by rampant exploitation of resources in a place where regulation is weak and corruption rampant. Clay’s profession is basically mine. As an engineer and scientist, I’ve spent my career travelling around the world to some of the most unstable places on the planet, dealing with horrific instances of environmental and social damage caused by resource exploitation and industrial activity. I guess I am writing what I know. Clay is living a story that I’ve tried to tell in technical reports, conference presentations, and journal papers for over two decades – presenting the facts. But I have discovered that facts are not truth. Turning to fiction was, for me, a way of trying to tell the truth, which I have come to believe can only be told through human experience. And stories are the most powerful way to relate this experience.

How does the physics you speak about in the title reflect Clay and his ability to compute the timing and effects of attack and defense? Yet often he declines to act even when he can win.  Is this the ambivalence of his character?

A lot of people have told me that they’ve been put off reading the book because of the word physics in the title.  Please don’t worry. Abrupt physics is simply a term used to describe chaos theory, the study of turbulence and instability in natural systems. It’s a key theme of the book, the disintegration of a country, of societies, of people, when faced with unimaginable violence and injustice. One of the interesting features of chaos theory is self-similarity, repeating patterns that appear at all scales, atomic through landscape. This novel is about the chaos unleashed by corruption, exploitation and war, at all levels, and the remarkable sameness of the patterns within the turmoil of the human heart, individual and collective, and the physical and spiritual worlds in which we exist. The book is also about the conflicted equilibrium between action and inaction. When faced with a situation you know is wrong, when people are being hurt, even dying, what would it take for you to act? What would you be willing to risk to protect what is good and right?  And what, after all, is good? What is right?  I’ve tried to use the mathematics of chaotic systems to explore the coexistence of these forces that shape our destinies as individuals, and so shape each person and place we touch. Mathematics and science can be beautiful, as plot constructs and as prose, without being obtrusive or scary. After all, the world we live in now, more than at any time before, is shaped by science. My prose tries to reflect that. 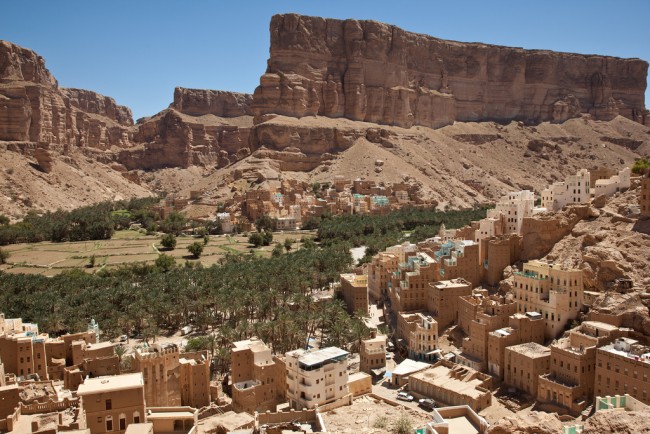 A town built around an oasis.

Al Shams is fascinating. Physically disfigured, an avowed guerilla and Islamist believed to be associated with Al Qaeda, but with insight and concern for the people. For him the end justifies the means. Is there no other way in these situations?

In many ways Al Shams, the Islamic rebel leader who blackmails Clay to do his bidding, is the personification of the struggle for justice.  He is also the embodiment of the Newtonian reaction to corruption and repression. In the face of these forces, driven by money and greed, there must arise an equal and opposite reaction. Al Shams is this reaction, taking to armed resistance to fight for what he thinks is right. How far would you need to be pushed before you, too, took up arms? Your land and birthright taken? Your family disadvantaged, hungry, murdered? That threshold lies somewhere in all of us. Al Shams asks this question of each of us.

THE ABRUPT PHYSICS OF DYING takes place against the setting of the southern Arabian Peninsula torn by war and corruption. The thriller has a powerful sense of place; we can feel the heat and dryness of the country and the fragility of the human settlements. But the oasis wells are drying up and the people believe that the oil company is to blame. Is this type of environmental conflict a common issue in the region?

The corporate behavior described in the book (directed and implemented of course by individuals), is not isolated.  In my experience, callous exploitation and willful negligence are widespread. People all over the world suffer because of it. Situations similar to that described in the book continue to occur on a daily basis, across all industries, at all scales, and on every continent. And it’s the poor and disenfranchised who invariably bear the brunt. After all, the richest hundred people on the planet own a greater share of the world’s wealth than the poorest half. This hasn’t happened by accident. Particularly in less developed countries where the rule of law is weak, resources that rightfully are owned by the citizens are plundered to enrich a few. Oil or water, gold or ivory, wood or diamonds – it doesn’t matter.  As long as it has value. And invariably, after the wealth has been abstracted, it’s the citizens that are left to deal with the hangover of toxic waste, barren landscapes, and poisoned water. 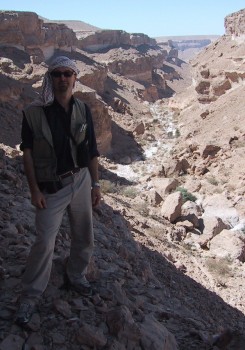 I’m glad to see that Clay returns in a sequel, THE EVOLUTION OF FEAR. Would you tell us a bit about the next book and how Clay develops with it?

My next novel, THE EVOLUTION OF FEAR, will be released by Orenda Books this month.  It follows on directly from THE ABRUPT PHYSICS OF DYING. As a result of the decisions he takes in Yemen, Claymore Straker is a fugitive, trying to stay alive. Coming to terms with all that he has lost, and what he has gained, he must act to protect those he cares for. As his pursuers close in, Clay flees to Cyprus, where he’s drawn into a violent struggle between the Russian mafia, Greek Cypriot extremists, and Turkish developers cashing in on the tourism boom. The novel asks: can we rise above our genetically encoded selfishness to embrace what is fundamentally good? Can we evolve? Or are we all imprisoned by our very nature, destined to ride endless cycles of plunder, corruption and violence, hoping for something more but always falling short? And in the end, what price, redemption?