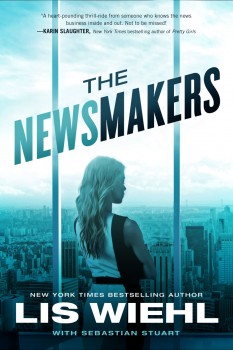 Lis Wiehl is one of the nation’s most prominent trial lawyers and highly-regarded commentators. She’s also the author of numerous legal thrillers. Her latest work, THE NEWSMAKERS, is the first in an exciting new series set in the world of on-screen news broadcasting.

In this first installment, TV reporter Erica Sparks has become a superstar overnight. On her first assignment, Erica inadvertently witnesses—and films—a horrific tragedy, scooping all of the other networks. Mere weeks later, another type of tragedy strikes— again, right in front of Erica and her cameras.

Is it luck, or is Erica at the center of a spiraling conspiracy? She’ll stop at nothing to uncover the truth—even if it means once and for all dealing with her troubled past.

The Big Thrill recently caught up with Lis to discuss her work in both broadcasting and fiction writing.

Can you tell us a little about your background in news casting and how that helped you prepare to write this story?

I began my career as a lawyer and law professor at the University of Washington. The Seattle NPR station would occasionally ask me to comment on a story. This led to my being booked on Bill O’Reilly’s radio show. In 2001, I joined FOX News as a legal analyst and later became an anchor as well. Working at FOX is an immersive experience, when you’re delivering the news 24/7 there is literally no down time, the stakes are high, and the competition is fierce. I knew this pressure cooker environment would make a great setting for an action-thriller. It provides a spicy mix of suspense, risk, larger-than-life personalities, romance, money, and ruthless ambition. It also takes readers behind the scenes to show them the often-messy truth behind the polished presentation they see on screen. How I could I resist setting my new series at a cable news station?

THE NEWSMAKERS is the first in a new series featuring your character, Erica Sparks. Can you tell us more about Erica, who she is and what her journey is about?

Erica is an “It” girl. When she’s on screen, your eyes go to her. It’s a quality that can’t be bought or taught. She’s also young, beautiful and smart—and carrying some very dark secrets. She grew up food-stamp poor in a dying mill town in Maine, the only child in an abusive family. It wasn’t pretty, and it’s left Erica with some deep scars. At Yale, on a full scholarship, she felt intimidated by the ease and privilege of her classmates. Erica started to drink. After graduation, she landed a job as a reporter at a local Boston TV station. She married a perfectly nice schoolteacher and had a daughter, Jenny.

But her insecurities haunted her, and her drinking escalated. Eventually, her marriage collapsed, she appeared on air drunk, and one awful night she hit a terrifying bottom— putting her daughter in danger. Erica ended up in rehab and has been clean since. She has worked her way back up from a tiny New Hampshire station to her current contract with a cable news network.

Born out of the crucible of her own struggles, Erica has a fierce, even idealistic, commitment to the truth. It drives many of her actions, leading her into dangerous situations. She adores her daughter, but often finds motherhood vexing, even heartbreaking. Erica’s journey is about mastering the tricky terrain of adulthood, while staying true to her ideals and her daughter.

What are some of your favorite aspects of crime fiction? What unique elements do you feel it taps into and how do you go about using those element to tell your story?

We’re all fascinated, even titillated, by the dark side of human nature. Compulsion, obsession, depravity, perversion, addiction, larceny, rage, and murder all intrigue us. I’m very drawn to reading about the evil that lives within. The fact is, Ozzie and Harriet are dull as hell. Give me a nice juicy serial killer any day. I love it when a crime novel takes me deep inside the psyche of a psychopath.

The classic image is of the murderer next door—the perfectly normal-seeming fellow who does unspeakable things in his basement. I think one reason this archetype has endured is because we all have dark thoughts. Of course, we would never act on our malevolent instincts. Or would we? This tension is the theme that a lot of good crime writing explores. It creates enormous suspense. I’ve tried to mine this vein in THE NEWSMAKERS.

What would you like readers to take away from this story?

I’d love readers to feel like they made a new friend, a fierce, smart, charming woman who is a blast to spend time with. A friend who leads them behind the scenes of a network news station, and into some dark and dangerous places. I want readers to feel immersed in Erica’s journey, and to ask themselves what they would do in her shoes. I’d also like them to think a little bit about what concerns Erica so much—the importance of the truth, and of doing the right thing even at great personal risk. 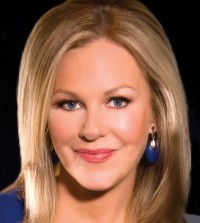 Lis Wiehl, author of The Newsmakers, is the New York Times bestselling author of over a dozen novels. She is a Harvard Law School graduate and has served as a federal prosecutor in the state of Washington and as a tenured faculty member at The University Washington School of Law. She is currently a popular legal analyst and commentator for the Fox News Channel.

To learn more about Lis, please visit her website.