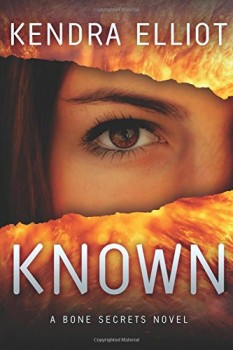 The latest instalment in award-wining author Kendra Elliot’s The Bone Secrets series delivers the same level of romantic suspense readers have come to love. Here, she takes time out of her schedule to talk to The Big Thrill about the inspiration for FOUND, her writing process, and what fans can expect from her next.

Tell me about your new book, KNOWN

KNOWN is the fifth book in my Bone Secret series. Each book is a stand-alone novel with different primary characters that were secondary characters in previous books. KNOWN is a follow up to Buried, because fans begged me to give the main character’s tortured brother a happily-ever-after. My Bone Secrets books each center around different forensics specialists, and this one is about a forensic pathologist.

Why did you start writing? Where did you find the inspiration?

After reading Diana Gabaldon’s Outlander for the fifth time, I set it down, sighed and thought: it must be wonderful to make a reader feel what I’d just experienced. So, the next week I decided to start writing when I read an article about National Novel Writing Month (NaNoWriMo). I joined writing organizations and attended conferences, learning as much about the business and craft as possible. After I’d finished my first manuscript, my goal became to see my name on a book in a store. One book…that was all I wanted. I sold my third manuscript to Amazon Publishing in 2012, and now I’m writing my tenth novel for them.

When I decided to write a book, I thought I’d write a romance. I discovered my characters kept tripping over dead bodies, and knew I needed to switch to romantic suspense. It made sense—I love to read suspense and thrillers.

Before I started writing, I had a mental image of a death in a remote cabin that had caught fire—I couldn’t get it out of my mind. I knew the cabin was snowed in, and that there were survivors from the fire. I already had my main character from a previous book, so I inserted his romantic-interest-to-be into the scene, and it started coming together like a big zipper.

When writing a novel, what do you consider to be the most important first steps?

I must have a clear picture of my two main characters’ personalities. I need to know what’s important to them, their backstories, what will drive them to make a change in their life, and how they will interact with each other. My next step is to create an opening scene that will instantly grab readers and keep them from closing the book. I don’t plot. I have a general idea of how things should end, but the process of how to get there comes to me as I write.

I like to read. A lot of people think that’s no fun at all, but my love of reading is what made me try writing a book, so I think it paid off.

After KNOWN comes out in January, I next have a release in my Callahan & McLane series, Targeted, in June. Right now I’m writing the first novel in a new series about a character who appears in my June release, Mercy Kilpatrick. 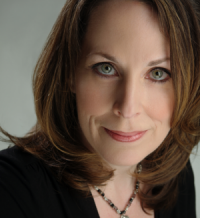 Born and raised in the Pacific Northwest, Kendra Elliot has always been a voracious reader, cutting her teeth on classic female heroines like Nancy Drew, Trixie Belden, and Laura Ingalls Wilder before proceeding to devour the works of Stephen King, Diana Gabaldon, and Nora Roberts. She won a 2014 Daphne du Maurier Award for best Romantic Mystery/Suspense for her novel Buried, which was also an International Thriller Writers’ finalist for Best Paperback Original and a Romantic Times finalist for best Romantic Suspense. She lives and writes in the rainy Pacific Northwest with her husband, three daughters, and a Pomeranian, but dreams of living in flip-flops.