A Master of Flawed Characters Says “Life Is a Messy Playground” 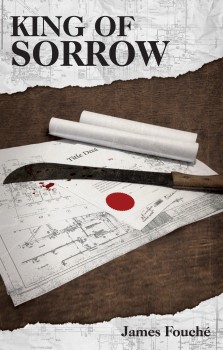 James Fouché lives in the beautiful Garden Route along the coast of the Western Cape Province of South Africa with his wife, daughter, and two Jack Russell terriers. He fills life with a vast number of hobbies and interests, from sailing to traveling to hiking, learning different languages, and trying his hand at musical instruments. On the side, he runs a delightful coffee house in Knysna and so, of course, has made a study of all aspects of coffee. When he’s not plotting his next crime novel, James writes about wine, food, and travel. Somehow amidst all that, he managed to write a critically acclaimed psychological thriller, Jack Hanger, and has now followed it up with a new book, KING OF SORROW.

It’s not that I grow tired of something when it stops stimulating me. It think it’s more as though I draw the maximum from an experience, then move on. In some way, school was the same. I became bored with the school routine and then my grades suffered the consequences, until my English teacher turned my essays into a business, nudging me on to write better stories to get more points, eventually leading to better marks. And so, without realizing it, a career was born. That is why I appreciate all teachers, especially the persistent ones.

Your crime novels are driven by the psychological pressures people face, and the lasting damage that can cause. The protagonists of KING OF SORROW are Kerin, a single mother who is just about making ends meet and faces losing everything when she is fired from her job, and David, a successful property developer whose life has been destroyed by the deaths of his wife and sons in a car accident. What attracts you to this type of character?

I love flawed characters, people with baggage, with real burdens that have merit. Life is a messy playground, filled with trials. Yet Hollywood often serves us a sugar-coated version of the playground. It’s difficult for people to relate to James Bond or Mary Poppins because they operate at a level outside of our reality. That’s a wonderful escape, but I rather appreciate the anti-hero, the one who makes superhero decisions at a real level, like jumping into the water to save someone while he’s facing a messy divorce with a custody battle and a zero bank balance.

David and Kerin meet by chance when both have reached an emotional nadir. Although the meeting is anything but love at first sight, each sees something appealing in the other. Is it the broken wing syndrome or is there more to it than that?

It’s more an emotional interpretation of East-meets-West. At the same time, though they are dissimilar on so many levels, I believe the only person who can fully digest what David has been through, would be Kerin. In a way, she has endured similar extremes.

By contrast, Kerin’s mother, Margie, seems the stability in Kerins’ life, and Benny in David’s. Do you think this balance is essential for them?

Absolutely. We all have a Benny or a Margie. And we need them. Without them we do silly things. 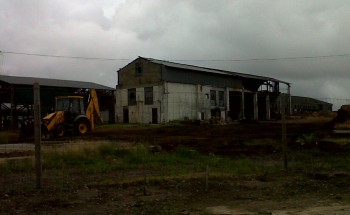 A rundown farm in South Africa

The back story of the book is the property development boom on the coast in South Africa, and the opportunities for corruption that arose from it. Although David is completely honest, one of his close associates is not and has used his position to perpetrate a clever scam. You seem to know this area from the inside; how did you come up with this particular scenario for the book?

The initial idea followed after the King property scandal a couple years ago, where the three King brothers ran a portfolio which enabled pensioners and investors to put money into a property, and to draw a rental income down the line. The whole thing went bust when they began overvaluing properties and billions were lost. It was a huge story, which resulted in hundreds of pensioners losing all their savings. One brother drove into his guava plantation and gassed himself and the others were stripped of everything they had. Add to that a career criminal in the vein of Radovan Krejcir, who has said that South Africa is up for grabs, and suddenly you feel like relooking at every mall ever built. There are large amounts of money changing hands before the first brick is delivered. It is shocking.

When David decides to sell the company, the associate faces exposure and ruin and sets out to do the only thing he can to avoid that: have David killed. How hard would that be to achieve in real life in South Africa?

Sadly, this is easier than one might imagine. Not only is there so much lost in court cases (think Pistorius and Dewani), but even before it gets to court, the battle has been lost. Police are divided at department level–and a house divided will fall. There is an inconsistency in performance by officials, an uncertainty about their scope of practice, and a disillusionment at government level. On a daily basis the newspaper delivers unanswered crimes committed by phantoms. Statistics are all over the board, and the police have become masterful at making themselves look great on paper.

The tension accelerates to Lee Child pace when David takes Kerin and her children to his farm near George and faces a military style hit disguised as a farm attack. Tell us how you researched these scenes and how you kept the tension going. 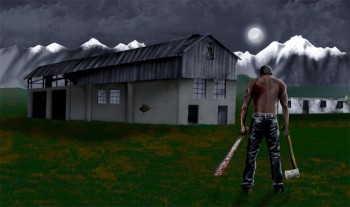 I have noticed that I deal with action and tension sequences in a blunt fashion. Quick and tasteless. I believe readers relate to that without much effort. A car accident never happens in slow motion. One can later rethink the matter at leisure, but at that moment, when adrenaline meets bloodstream, the reader is right there with you, and it needs to move. When the inevitable climax has been reached, the reader must be as exhausted and exhilarated as your characters. My reason for using a “farm attack” as a vehicle is mainly because farm attacks are a statistical anomaly in SA. There is no certainty about the nature of these attacks. Though currently recorded as violent crimes, the fact that all farm attack victims are white, has most people thinking it is a hate crime fuelled by racial conflict. I looked at it and thought, while everyone is debating the nature of it, I see it as an opportunity to get away with murder. And then, looking at the Griquastad murders, someone very nearly did get away with masquerading a personal attack as a farm attack.

KING OF SORROW is a very different book from Jack Hanger. Where are you heading next?

My next project will be something different again. I love challenging myself, not by switching between genres but by making the most of the genres where I chose to write. Jack Hanger was a very dark tale about the drug world and the character was extremely difficult to write. I had to consult two psychiatrists to research the character properly. As a result, the book is a heavy psychological dish and some struggle to digest it. KING OF SORROW was a bit more commercial and had a faster pace, dealing with the shady property industry. The next one will delve into the insurance industry. 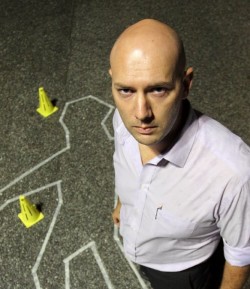 James Fouché lives in the Garden Route region of South Africa with his wife. When he is not plotting his next novel, he writes about his other passions on a personal food, wine and travel blog.