A Compelling Protagonist for ORPHAN X 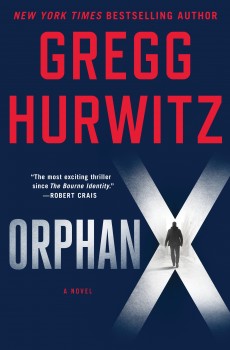 So why does a best-selling thriller writer like Gregg Hurwitz decide to launch a new series now, after putting out a string of hugely successful stand-alone books?

Hurwitz, author of the highly anticipated ORPHAN X, says it’s because it took him 15 novels to find a character he wanted to spend that much time with–but he finally has one in Evan Smoak.

“A book series is a huge step,” Hurwitz said when we interviewed him about the debut of this exciting series hero, who is already being compared to the likes of Jack Reacher and Jason Bourne. “It’s not just who you’re living with that book and that year. It’s the next book. And the next. And the one after that.

“To start a series, I’d have to commit to living with someone else for the foreseeable future. Have him talking in my head non-stop. Spend more waking hours with him than I do with my wife or kids. In other words, someone who I find interesting and compelling and funny and just and true. Fifteen novels in, I finally found that character in Evan Smoak, aka, Orphan X.”

Smoak is called Orphan X because he was once part of the intelligence community’s top-secret Orphan Program that raised and trained children to be covert assassins against government enemies around the world. He was Child No. 24, the letter X. But he broke from the program, disappeared and now uses all the extraordinary skills he learned to help people in need–until someone from his past comes hunting for him.

“Evan’s moral compass was never shattered,” Hurwitz explained. “And at a certain point, the moral ambiguities of executing Egyptian operatives, drug lords, and Syrian rebels became too much and he fled the Orphan Program. When we meet him, he’s re-established himself under a new identity in a safe house—more like a safe penthouse—off the Wilshire Corridor in L.A. He has a virtually limitless bank account, a particular skill set, and nothing to do. And while he has to spend the rest of his life off the grid, while he has to bear the cross of being forever an outsider looking in, he’s got the expertise to do one thing. To work pro bono from the shadows, helping the desperate with nowhere else to turn. It takes a wolf to keep the wolves at bay. I think that’s the heart of what I connected with when I found this character.” 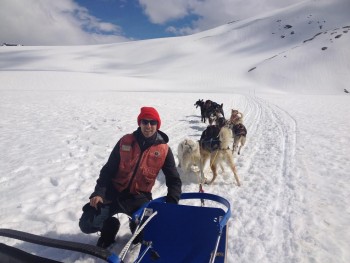 ORPHAN X and the Evan Smoak series have already received massive acclaim even before publication – with rave reviews from big name authors, a tremendous amount of media attention and a movie deal in the works with stars like Bradley Cooper being talked about to play Evan Smoak.

Hurwitz–whose earlier award-winning novels include Trust No One, Tell No Lies, and Don’t Look Back– dedicated this new book to Jason Bourne, Arya Stark, Jack Bauer, and a list of other fictional “bad boys and girls, rulebreakers and vigilantes” whom he credits for inspiring his writing

“The hero story is as old as human consciousness and I wanted to honor the storytelling tradition and great storytellers who came before me, who made me–as a young kid reading under the covers at night with a flashlight–want to do what I do,” he said.

How does he get this all done? Hurwitz says he writes for “a minimum of eight hours a day” and sometimes longer if he’s on a deadline. “I’ve gone 23 hours straight. That’s amazing but also exhausting.”

He is also known for the tremendous of amount of research he does to prepare for his writing.

“For ORPHAN X, I spent months doing research. One of my consultants, a world-renowned sniper and armorer, got me onto every gun Evan uses, from Benelli shotguns to sub-machine guns. I trained extensively in mixed martial arts, familiarizing my face with the training mat. I have a number of friends/contacts who have led operations that you’ve seen the aftermath of on CNN News and I spent hours talking to them, picking up the telling details that could show the process by which a skinny, scared kid from an East Baltimore boy’s home could plausibly transform into Orphan X, a legendary figure in the shadow service.

“My goal is to give the reader a front-row seat to the action. I never want to recycle tropes culled from TV shows, so I think it’s important to get out there, to engage all five senses. Smart readers know when something feels genuine rather than recycled.” 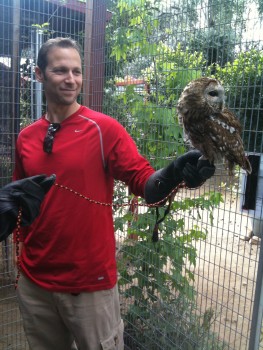 And he believes that he has created a unique character in Evan Smoak – for this and future books in the series.

“What differentiates Evan Smoak is that he is a character not just capable of—but who has done—terrible things,” Hurwitz said. “But he chooses to do the right thing. And that choice costs him everything.

“There’s a conflict here. Because everybody, no matter how tough, no matter what training they’ve received, has a need for human contact, for family. And one thing we never get to see? Is James Bond go home. Or Jason Bourne have an awkward moment with an attractive single mom in the elevator of his condo.

“As bad-ass as Evan is, he exists in the real world. Here’s a guy who spends his existence protecting people living ordinary lives that he himself could never have. There’s a longing there—and a tragic shading. What if the code you live by is also a curse that keeps you from having what you most want?”

So what should fans look for from Gregg Hurwitz in the future? 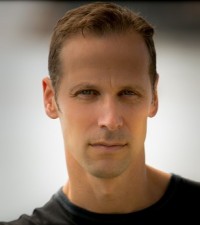 Gregg Hurwitz is the New York Times bestselling author of 15 thrillers, including the upcoming ORPHAN X. His novels have been shortlisted for numerous literary awards, graced top ten lists, and have been translated into 25 languages.

He is also a New York Times Bestselling comic book writer, having penned stories for Marvel (Wolverine, Punisher) and DC (Batman, Penguin). Additionally, he’s written screenplays for or sold spec scripts to many of the major studios, and written, developed, and produced television for various networks. Gregg resides in Los Angeles.

To learn more about Gregg, please visit his website.