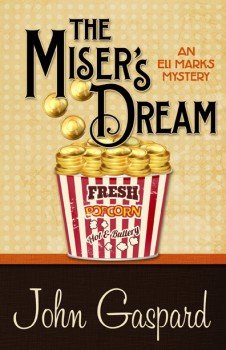 Ladies and Gentlemen and Writers of all Genres and Persuasions. Prepare yourselves to partake in an amazing demonstration of literary legerdemain, of conundrum cunning, of puzzle prestidigitation, all of which will prove conclusively that the word is quicker than the eye.

Watch closely for I shall make materialize a small fish which is a magician.

And there it is, a Magic Carpet!

Stupefied? Of course you are. Nevertheless, in the unlikely case that there still might be doubters among you, I shall continue to shock your very sensibilities.

There, to the right of the fish, in an instant, an owl which is a magician.

Allow me to introduce Hoodini!

Again, you have been dazzled by the brilliance of word wizardry. What’s that? Once more? Why certainly. How can I refuse your plaintive, pathetic pleas? There, to the left of the fish, in a mere millisecond, a dog which is a magician.

And now, finally, for my final and greatest display of miracle manipulation. Please note that as I attempt this, at no time do my teeth leave my lips. Before you can even blink, there, in front of the other three creatures, a man who writes mysterious novels about magicians.

Correct! John Gaspard, the Minnesota-based author, whose newest work, THE MISER’S DREAM, the third in the series featuring magician, magic dealer, and mystery solver extraordinaire Eli Marks, with the help of his trusted assistant Henery Press, suddenly materialized on October 27 wherever books are sold.

The novel takes its name from a classic magic effect in which coins are produced from thin air, a feat most writers try to master without much success. The Ambitious Card and The Bullet Catch, Gaspard’s first two Eli Marks novels, were also titled after famous magic tricks.

“The names of magic tricks really lend themselves to snazzy book titles,” Gaspard notes as one of the reasons he chose to write about a magician, despite not being one himself. There were others.

“It occurred to me that I knew a lot more magicians than the average person,” he says. “At the time, I was looking to create a Twin Cities-based mystery series and I thought a magician might be a fun avenue to go down.”

Traveling down that avenue has changed Gaspard as a writer. “The process is a whole lot less intimidating,” he says. “I’ve never been that spooked by the blank page, but I am less so now.”

And it’s also changed his protagonist. “When we first met Eli in The Ambitious Card, he was a bit of a mess: Newly divorced, untethered, a little lost. By the end of that book, he was starting a new, tentative relationship . . . which went away, leaving him a bit more at sea in The Bullet Catch. In the new book, he and his girlfriend, Megan, are fairly grounded, but now Eli is feeling unsure of himself professionally.”

Nor is that uncertainty likely to, shall we say, “disappear” any time soon. “I suspect, as the books go on, that he will always be in flux in some major portion of his life, which is a pretty common human trait,” Gaspard says.

And, to the delight of Gaspard’s large fan base, Eli Marks will continue to be confronted with some sort of criminal endeavor. In THE MISER’S DREAM, a simple, casual glance out his apartment window turns his life upside down, understandable since that glance reveals a dead body in the projection booth of the movie theater next door.

“Eli is pulled into the hunt for the killer,” Gaspard says. “As he attempts to puzzle out a solution to this classic locked room mystery, he must deal with a crisis of a more personal nature: the appearance of a rival magician who threatens not only Eli’s faith in himself as a performer, but his relationship with his girlfriend.”

Bad, huh? Wait, it gets worse. “Events come to a head when the killer starts taking homicidal steps to bring Eli’s investigation to a quick and decisive end,” Gaspard adds.

And that, my friends, is a much more serious problem than some wise-ass in the third row hollering out, “Yeah, but show us what’s in your other hand!”

While not a magician, Gaspard certainly knows a great deal about the art. Was he, therefore, able to use this arcane knowledge in some way to make a publisher materialize? To the contrary, for . . . well, let him tell it:

“I went through two really dynamite agents with the first book and neither of them was able to get any publishers interested. The one publisher who was vaguely interested was disappointed in the ending of the first book, saying that they wanted Eli to ‘use his magical abilities’ to get himself out of a dangerous situation. This was particularly annoying, as he did use every device at his fingertips to save himself. They wanted Harry Potter, while I was writing David Copperfield meets MacGyver.

“Then I read a review of a novel in Mystery Scene magazine and could tell that the tone of that book was not too far from that of The Ambitious Card. The book was from a relatively new publisher, Henery Press, and within about two weeks I’d signed a contract with them.”

And thus did Gaspard secure the writer’s equivalent of a magician’s named Vegas venue. (Can you say Penn & Teller, Chris Angel, David Copperfield? Well of course you can, but can you say them fast three times?)

And even though Gaspard isn’t a magician, he does have things in common with Eli Marks, who is. “Certainly the sarcastic sense of humor and the tendency toward kindness,” he points out “The primary difference is that Eli hardly ever looks before he leaps, whereas that’s really all I do.”

Nor does Gaspard have to be a stage performer to appreciate the relationship between magic and writing. “Magic—at least good magic—is all about storytelling,” he says. “You want to take the audience on an emotional journey, with a beginning, middle, and an end. You’re creating characters, using humor and surprise, and providing them with an emotional release at the end. Sounds like novel writing to me!”

Or, in Gaspard’s case, “cozy” writing, which is how his publisher classifies his mysteries. “I’m not crazy about the term,” he admits, “but the books do fit the standard definition, at least as set forth by Wikipedia.” That source sees cozies as “a subgenre of crime fiction in which sex and violence are downplayed or treated humorously, and the crime and detection take place in a small, socially intimate community.”

“For me, the closest analog to the Eli Marks mysteries might be the Burglar books by Lawrence Block,” he adds. “However, I’m not sure anyone would categorize those as ‘cozies.’”

In the case of THE MISER’S DREAM, Gaspard offers another way of classifying it—a movie-geek mystery. There’s a good deal of movie history and trivia woven into the novel, much of it in the form of delicious work play. That’s hardly surprising considering Gaspard’s background. He’s directed six low-budget features that, he confesses, “cost very little and made even less and that’s no small trick.” He’s also written multiple books on the subject of low-budget filmmaking, which, he says, made more money than his films. And his blog, “Fast, Cheap Movie Thoughts,” has been named “One of the 50 Best Blogs for Moviemakers” and “One of The 100 Best Blogs For Film and Theater Students.”

So which is Gaspard more partial to, writing a novel or making a film?

“Filmmaking is a group activity while writing is a singular occupation,” he notes. “Each has its pleasures. In filmmaking you’re solving problems as a group, which has its own dynamic. The goal is to collect all the pieces you’ll need to effectively tell the story. That’s similar to novel writing, but with a book you’re doing all that work by yourself.”

So how about the best of both worlds. Wouldn’t his novels make good films?

“Depending on how they’re written and cast, I think they might,” he says. “Rather than a single film, I think they’d work better as a series of cable movies, maybe one a year, starring someone like Neil Patrick Harris. Or, actually not someone like him, but actually him.”

And with John Gaspard doing the screenplay?

“I’d be happy to consult, but I think I might be too close to the material to successfully navigate the change in venue,” he says. “Screenplays are tricky critters.”

So Gaspard will concentrate on novels, and although he might do a stand-alone at some point—he already has one to his credit, The Ripperologists—for now that means more Eli Mark magic mysteries. And—caution: alliteration overload ahead—more Marks magic mysteries means striving to “strike a perfect balance between plot and character, without sacrificing one or the other,” hallmarks, Gaspard says, of the best mysteries. He adds, “You are working toward a clever solution, but if the people aren’t interesting along the way, you’re going to lose readers early in the journey.”

He won’t follow a set routine. “Ah, a routine would be a wonderful thing to have,” Gaspard admits. “Where can I get one?” Besides, he says, “the reality of writing, at least for me, is that ninety percent of the work is a mental process, that can be done anywhere. The actual time where you sit down and write is, relatively, the easy part.”

And when Gaspard reaches the point when he does start writing, he’ll heed the most important advice he’s taken from another writer. “It sounds glib, but Elmore Leonard said to leave out the parts that readers skip over,” Gaspard notes. “It’s really the best advice and I use it a lot in re-writing and editing. If I find myself skimming over a segment, it’s clearly begging to be cut.”

Eventually the works will make their way to his “two best first readers,” not drawn from those he shares a home with—his lovely wife, several dogs, a few cats “and a handful of pet allergies”—but rather consist of “a close friend and an older sibling.”

“The friend keeps me honest on issues of spelling, grammar, syntax and general good writing,” he explains. “My older brother, who is a Scrabble champion and former English teacher, offers important notes on key elements of the mystery as well as overall storytelling.”

From there, they’ll head to Gaspard’s “next tier of pre-readers, which consists of magician friends, who make corrections on the magic terminology and effects in the books.” These pre-readers he considers “a godsend.” 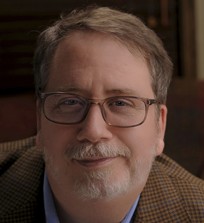 In real life, John’s not a magician, but he has directed six low-budget features that cost very little and made even less – that’s no small trick. He’s also written multiple books on the subject of low-budget filmmaking. Ironically, they’ve made more than the films.

John lives in Minnesota and shares his home with his lovely wife, several dogs, a few cats and a handful of pet allergies.