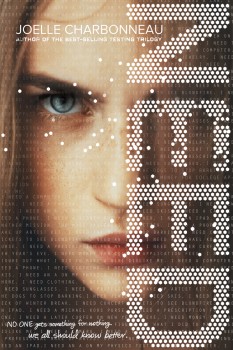 In NEED, high school teenagers are drawn deeper into a social networking site that promises to grant their every need . . . regardless of the consequences. Soon the site turns malevolent, with simple pranks escalating to malicious crimes that deliver a rising body count. In this chilling YA thriller, NEED examines not only the dark side of social media, but the dark side of human nature.

Charbonneau’s Young Adult books have appeared on the Indie Next List, on the YALSA Top 10 books for 2014 as well as the YALSA Quick Picks for reluctant readers and state reading lists across the country. The Testing trilogy and NEED have both been optioned for major motion pictures and are currently in development.

Ms. Charbonneau shares today why she’s drawn to writing darker fiction for a younger audience and how her years as a voice coach for teens fed into her inspiration for NEED.

Like your trilogy, The Testing, NEED is a voyage into dark Young Adult fiction—unlike your adult mystery fiction which tends to be light and funny. What prompts you to dive into darker, intense topics for teens that ask big questions rather than amuse?

While I loved writing funny mysteries, I’ve found myself compelled to explore areas like the dangers of high stakes testing and the crazy scary pitfalls of social media because of my work with teens. I teach singing when I’m not writing. I’ve seen up close how certain issues lead some teens and their parents into making questionable choices. Exploring my thoughts about those choices or the choices others have made turned my writing darker. To be honest, I was surprised to learn that in going darker I had also taken a turn into writing Young Adult. After writing funny for adults, it was startling to find out that Young Adult could be so intense and violent. I guess I missed the memo on that.

NEED leads teens down a dangerous path to fulfill their needs with potential dire consequences. It’s admirable that your main character, Kaylee Dunham, is desperate to get her brother the kidney he ‘needs’ to live and must navigate this dark online world that crosses over into real life-or-death. How important was it that your lead be a strong female for this story and why?

NEED was interesting to write because while Kaylee is the lead voice, she is not the only point of view in the story. There’s a large cast of characters who each pull the reader into their reasoning for making certain choices. Kaylee is a strong lead and a female, which was key to me in some ways because I think that women are often viewed as being more vulnerable to online attacks. That immediately raises the stakes in the story. However, Kaylee is also a broken character. Because she has stood up for what she has believed in, she has become isolated from her peers. To me it was very important to have her strength be balanced by her flaws and that feeling of isolation. The greatest strength comes from learning from our mistakes and fighting to improve the areas in which we are flawed. I hope that readers will relate to her when she starts to feel weak. We’ve all been there in one way or another.

NEED revolves around teenagers drawn into a social-networking site that promises to grant their every need, regardless of the consequences of the sinister pranks they are called to do. Were there any real life stories that fed into the plot of this story?

If you’re like me, you go on social media every day and see people you know in real life say things online that are completely out of character. You know they would never use that kind of language if they were speaking in person and not typing from behind a screen. I’ve also seen them click on links that promise free stuff and get virus after virus because they don’t want to miss the one link that might actually be real. All of that fed into the plot of NEED. And when I started to wonder how people would behave if they were anonymous and they felt there weren’t any consequences to their behaviour, the story really took off for me.

NEED has been optioned to be a movie. Congratulations! Can you envision any special actress playing Kaylee Dunham or any certain town for the setting?

Thanks so much! It was exciting and unreal to have the film rights optioned so long before the book came out. The story takes place in lower, rural Wisconsin, so I do envision it being set in that area. When I was younger, my family used to go to a cabin on a lake near Burlington, Wisconsin and I found myself envisioning that area when I wrote the book. As for who should play Kaylee, I would love for Kiernan Shipka to take a crack at the role. I think with a pair of glasses, she could make a very compelling Kaylee and scare the hell out of us all.

Does NEED embrace the world we live in today or more of a futuristic society? What world building foundations did you have to put in place to create a credible setting for the story?

NEED is very much of today. The world building was all about creating the website and how it operates and the small town where most people are at least familiar with each other. The town is far enough away from the city to make it feel remote. More than anything, I wanted to create a place that readers can identify with filled with characters they recognize from either their present or their past.

In writing NEED, what were the challenges in defining that line between a need and a want and how far a person should go to get either?

I loved playing with the wording of a want and need. In our society, we use those words interchangeably and they aren’t the same. The website defines NEED as something that is required for someone to live. A WANT is something that is desired. So, the kidney for Kaylee’s brother is a need. He needs it to survive. Concert tickets or a new phone might feel life and death at the time of the desire, but they most certainly are not—and asking for something you want as opposed to need comes with a price.

Did research play a part in writing NEED and if so, did it affect the path of your story?

Research was a big part of the story. While I’ve been on social media for years, I’m ashamed to admit that until writing NEED I’d never read through the entirety of the privacy agreements and terms and conditions of each of the social media sites. That research very much changed the path of the story and made for some interesting moments. After all, I’m pretty sure I’m not the only one who hasn’t read every word of those terms and agreements. Trust me, I do now.

You are a voice coach to teens. How much experience working with your students played into the writing of NEED?

The best part about being a voice teacher is that I ‘ve gotten to work one on one with students who are very much like the characters I’m writing about. They’re involved on Instagram and Snapchat and have grown up with social media as part of their lives. So, they have been great about giving me an insight into how social media impacts their worlds and how it affects the lives of their friends.

Will NEED be a series? If so, can you share what we could expect for that next book—or your next project in general?

NEED is my first standalone novel. The Internet is still around, so technically the story could continue, but I was excited to jump into working on a new standalone thriller, which should be out next fall. It’s the story of a girl living with her grandmother who has been diagnosed with Lewy Body Dementia. They are trying to mask the disease so they can stay together, but one day the granddaughter comes home and finds a dead body in the kitchen and her grandmother standing over the body with a bloody knife. Her grandmother doesn’t remember who the woman is or even if she killed her, but is scared the dead woman is part of a secret from the past that is far more deadly than any disease.

With a background in theatre, do you see yourself ever writing a screenplay for film, TV, or theatre? Do any techniques translate over for you from acting into novel writing?

Acting and writing are very much the same process. You have to develop characters and find a way to keep the pace moving so the audience stays engaged. Scripts are very visual compared to books and the movement on the screen or stage very much drives the pace. I think it would be a really interesting challenge to work on a script and that visual element if the right project presented itself. I’m a sucker for new challenges.

NEED’s underlying theme is about the choices we make, a familiar theme that runs through your young adult books. Are there any ideals or thoughts you want readers to embrace from your stories?

First and foremost I hope readers find stories that they are engaged by. But if they do get a message from my work, I hope it’s that the choices we make are what define who we are and that good people are capable of doing bad things.   Too often I think the media plays up the good guy, bad guy narrative. I think most of us as well as the best characters are a combination of both. 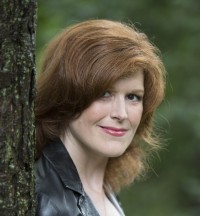 Joelle Charbonneau has performed in opera and musical theatre productions across Chicagoland. She now teaches private voice lessons and is the author of the New York Times and USA Today best selling THE TESTING trilogy (THE TESTING, INDEPENDENT STUDY and GRADUATION DAY) as well as two adult mystery series. Her YA books have appeared on the Indie Next List, on the YALSA Top 10 books for 2014 as well as the YALSA Quick Picks for reluctant readers as well as state reading lists across the country. THE TESTING trilogy and NEED have both been optioned for major motion pictures and are currently in development.

To learn more about Joelle, please visit her website.