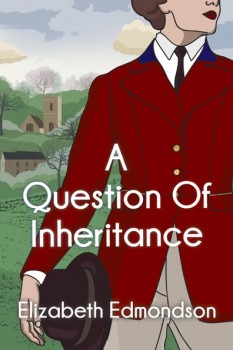 Elizabeth Edmondson writes what she likes to call Vintage Mysteries, set in the 1930s, 1940s, and 1950s. They’re stories of love, marriage, families and friendship, where the loyalties, feuds, secrets, and betrayals of the past cast long shadows into the present.

A QUESTION OF INHERITANCE has a very traditional setting: a small English town in the 1950s. Why did you choose this period and location?

The early 1950s in England (these mysteries scan a period from 1953-1954) were a time of transition. The effects of World War II were still being felt, and traces of wartime life lingered with austerity, shortages and rationing. Yet at the same time, people were turning their backs on those grim times and looking forward to a brighter future.

My imaginary cathedral town, Selchester, complete with a castle, is the perfect setting for a traditional English mystery. Selchester is a strong community, full of gossip and interesting characters who are more or less affected by the events that unfold in the book, including murder.

You have a series title: Very English Mysteries. Are the books linked?

Yes, they are, although each book is self-standing. The main characters return in this second mystery, including the sleuth, Hugo Hawksworth, and his chief collaborators including a closet novelist, a belligerent teenage girl and a suave Catholic priest. I like developing a place and a supporting cast book by book, and so many of the minor characters will also feature in multiple instalments.

Yes. He’s an intelligence officer who took a bullet in the leg while on a mission in Berlin and has had to take a desk job in Selchester at Thorn Hall, a secret government establishment. He has a strong sense of justice and an inquisitive nature, so when in the first book A Man of Some Repute, the body of the long lost Earl of Selchester is unearthed under the flagstones at the castle, Hugo wants to get to the truth of who killed him. And he’s ably aided and abetted by the dead earl’s niece, Freya.

So what happens in A QUESTION OF INHERITANCE?

A new earl arrives in Selchester – an American scholar-poet who never in his life expected to have anything more to do with England than the occasional comfortable sabbatical in an Oxford college. Now he and his two teenage daughters find themselves dealing with a crumbling (and possibly haunted) castle, a town full of people who expect them to know the ropes already, the late Earl’s furious daughter – and that’s before a body turns up in the glass-house…

This story has a strong Cold War element, why is that?

The Cold War era is fascinating, and it dominated life at that time. World War II was over, but the threat of the atom bomb cast a dark shadow over an uncertain peace.

So I thought it would be interesting to combine a classic detective story with Cold War intrigue.

There’s a real resurgence of interest in classic golden age English mysteries. Why do you think that is? Do your books contain elements of classic mystery?

Definitely! I love the golden age mysteries, although my writing isn’t old-fashioned, because the pace and style have to suit today’s readers. I’m not trying to create a pastiche.

As to why they’re so popular again—apart from being great stories—it’s maybe a reaction to the grim grittiness of a lot of books. Mystery readers appreciate variety in their murderous diet.

What ties the books together?

The first murder, that of the seventeenth earl. Lord Selchester is finally buried, but his secrets aren’t, and his life and death set in motion all the events which follow through the later books.

You live in Oxford, England. Did you have a particular city or town in mind when you created Selchester?

It’s an amalgam of all sorts of places. The cathedral city of Wells is an inspiration, as is Sherborne, an abbey town in Dorset. And Arundel, with the wonderful Arundel Castle, seat of the Dukes of Norfolk.

The third mystery will be The Room That Has No Ears. And I have a novella coming out, A Youthful Indiscretion which covers the period between A Man of Some Repute  and A Question of Inheritance. 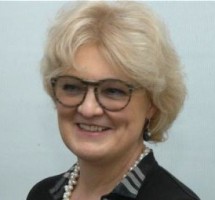 Elizabeth writes what she likes to call Vintage Mysteries, since they’re set in the nineteen-thirties, forties and fifties.

They’re stories of love and marriage, families and friendship, in which the loyalties, feuds, secrets and betrayals of the past cast long shadows into the present. She’s fascinated by characters who are quirky, mysterious, funny, unexpected and interesting and wants readers to share, as she does, in their joys and sorrows.

With dramatic and glamorous settings from icy lakes to Italian villas, from wintry Budapest to fashionable France, from Cornwall to the Lake District, the landscapes are as powerful as the stories are complex. The tense realities of life mingle with supernatural elements : ghosts, prophetic dreams and voices from the past, but fun and humour also dance in and out of the light and darkness of the stories.

Elizabeth’s aim is to enthrall, delight and amuse readers as they are transported to a different era.