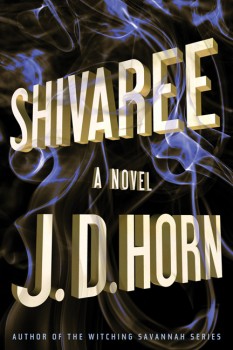 Let me begin this article by saying that this book is great. I wasn’t too sure what to expect as the blurb gives very little away. I contacted the author for a copy to read and he offered me a hardcopy or e-copy. For speed and expediency I went for the e-copy and quickly began to regret my haste. This one would have had no trouble muscling some room on my bookshelf, already crammed with only the best books—I have little room to accommodate a lifetime of reading. The book begins with a scene I thought was going somewhere else and then everything changes.

Conroy is a small town in Mississippi. Set in the fifties at the end of the Korean War, the story is steeped in small-town prejudice, ancient hatreds, and dark secrets. As if to symbolize its own dark underbelly, the town is hidden under fog during the day from the pungent effluence of the local pulp mill and kept in line by the town’s most powerful citizen—the Judge.

Into this dark setting we are introduced to Corinne Ford, and independent, certainly in terms of the 1950s anyway, young nurse who has come to Conroy to marry the man she helped nurse back to health on the battlefield. However, she soon realizes that the man she fell in love with is not the same as the man who left Conroy to go to war; his past is unwilling to let go so easily.

The SHIVAREE of the title refers to a custom where the groom is taken from his new bride on the night of his wedding, deposited some miles away and he must spend the rest of the night getting back to her. Innocuous enough, though hardly a fun time. The re-interpretation of this custom by his old lover, though, is far more harrowing and permanent.

This book builds the tension well. We are treated to flashbacks in the story to explain how the horror began, why it flourishes in Conroy, and why people act as they do. The flashbacks are well integrated into the story. You don’t feel as though the main storyline has been put on hold at any time but sufficient time is taken to drop clues and lay the foundation for the finale.

The story takes place over a short time frame, with the impending wedding as the date of the climax. The sense of time running out hangs over the story, and with so many threads fraying simultaneously it was difficult to put the book down.

I am being purposely vague so as not to spoil the plot. I really enjoyed each surprise, and while it would be easy for me to give a full account, it would ruin what is an excellent story. The fifties setting adds tremendously to the storyline, a time in which religion, racism, and superstition fought hard for the minds and hearts of small towns everywhere. J. D. Horn mentions Stephen King’s Salem’s Lot in his interview below and this is an apt comparison. A sense of isolation, prejudice, and fear ooze from the pages. Horn’s explanation for the evil unleashed is new and fresh and I was delighted to see a new take on an old evil.

Horn is a new author to me. I see that he had written the popular Witching Savannah series. I am not surprised if SHIVAREE is anything to judge by. As I enjoyed his easy style, poignant prose, and fresh ideas in SHIVAREE, I plan to read his series as well. Horn took some time out to answer a few questions about his book and his plans for the future.

Can you give us an understanding of how your writing process works?   Do you have a ritual? Do you plan out every detail or do you allow the writing to lead you?

I’m usually around twenty percent plotter, eighty percent pantser. That is to say, I usually begin knowing where I want to start, and where I want to end up, but the journey in between those two points is fraught with multiple revisions. It’s in those revisions, though, that my stories begin to breathe.

Are the setting and the time period specific to your own life or did it just “fit” for the story?

A bit of both. Even though I left long ago, I’m still a southern boy. That’s why I keep returning to the South in my work. (I like to joke that the South is where the damage was done.) The choice of time period stemmed from research I was doing for Jilo, the prequel to my Witching Savannah series, scheduled for publication in spring 2016. I began delving into the fifties for Jilo, but the period seemed such a perfect fit for SHIVAREE that I found myself writing two stories about the same period at once.

I love books. I love e-books. I find it curious that anyone should find himself or herself overly attached to either format. For me, it’s all about the story, not the means of delivery.

E-books have ushered in a new era of democracy in publishing. Democracy can be messy, but it’s still wonderful. The e-book can help the author who tends to the craft of writing, but prove disastrous to the author who is publishing—without regard to craft—simply because she or he can.

The story is very visual, with the distance between the homesteads adding to the sense of isolation, not to mention the fog from the local plant obscuring the seething underbelly of the town during the day as well as the night. Did you set out to create such a fractured community or did it just evolve?

I wish I could claim that a lot of thought went into the creation of the setting, but the truth is that I used to live just outside Conroy, Mississippi—or at least one of the two towns upon which it is based. I remember spending many mornings waiting for the school bus, standing in the thick and pungent fog issuing from the local pulp mill. I would take this bus into the closest community, several miles away, then change to a different bus for the thirty-minute ride into the slightly larger town where my school was located.

If you were given one paragraph to convince people to buy your novel, what would it say?

I’ll settle for a single sentence: “SHIVAREE reads as if Salem’s Lot had been written by Flannery O’Connor.”

Thanks to the new e-book versions of his works, I’ve recently rediscovered Michael McDowell, a writer I first read decades ago. Rereading his Blackwater series was like visiting with an old friend. I finished reading his The Elementals for the first time a few weeks back, and am looking forward to The Amulet next.

Of course, I also adore Charlaine Harris and Anne Rice. For me, highlights of the last two ThrillerFest conventions included the opportunity to hear these two wonderful writers speak.

What’s next? Please say you are going to continue this storyline.

I’m getting ready to dive in with my editor on the developmental edits on Jilo. Even though it’s a prequel to my Witching Savannah series, it’s very different from anything else I’ve written, stretching out over decades rather than months or even—as in the case of SHIVAREE—days, so there may be a few challenges lying ahead. As soon as Jilo is put to bed, I’m itching to get started on a mystery series set in my old neighborhood in Portland, Oregon.

SHIVAREE was intended as a stand-alone, but I’ve learned never to say never. If readers are interested in returning to Conroy, Mississippi, I will gladly go there with them.

I have not mentioned the main evil of the story, Ruby, at all in this article. This is for two reasons; she is not the only evil in the town of Conroy and what she becomes is central to a story that sees an ancient struggle finally unleashed on an unsuspecting town. While SHIVAREE was meant as a stand-alone novel I would be bitterly disappointed not to hear of another book. If Horn announces it I will be first in line to buy it. 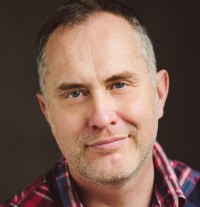 J.D. Horn was raised in rural Tennessee and has carried a bit of its red clay with him while traveling the world, from Hollywood to Paris to Tokyo. He studied comparative literature as an undergrad, focusing on French and Russian in particular. He also holds an MBA in international business and worked as a financial analyst before becoming a novelist. Along with his spouse, Rich, and his furry co-authors, Duke and Sugar, he divides his time between Black Butte Ranch, Oregon, and San Francisco, California.