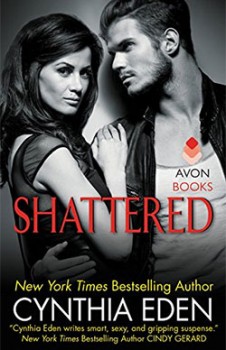 Criminal psychologist Dr. Sarah Jacobs is all too familiar with the kind of bad boys who belong in jail. But when a deranged killer targets her, she may need help from the very kind of person she’s accustomed to seeing on the other side of the bars.

While Jax Fontaine doesn’t claim to be a good guy, he’s loyal to his own code and brutally honest about what he wants—and what he wants is for Sarah to be safe. He’ll do whatever it takes to make sure that happens.

In SHATTERED, bestselling author Cynthia Eden delves deep into New Orleans’ underground and leaves readers breathless. The Big Thrill caught up with Eden this month to talk about her thrilling new release, as well as future plans for her popular LOST series.

SHATTERED is part of the LOST series. Tell new readers a little about the Last Option Search Team and what they do.

My Last Option Search Team group was created to give hope to desperate families. When the authorities stop looking for the missing, when it seems as if hope is gone…then LOST steps in. The LOST group focuses on cold cases—they work to find the missing and to bring closure to those who need it so desperately.

For fans of the series, have they met Sarah or Jax in a previous book?

They have, indeed! Sarah is the main profiler at LOST, and she appeared in both book one (Broken) and book two (Twisted). Jax, very much an anti-hero character, first made his appearance in Twisted.

Most writers research for a new book. What is the most interesting thing you learned while researching, whether or not it made it into the book?

For my LOST series, I’ve spent a great deal of time researching missing persons’ cases in the United States. One of the things that I found to be most jarring was that there are currently more than eighty-three thousand missing persons in the U.S. When it comes to children (and this made me very tense since I am a mother), the first three hours after a disappearance are extremely important because—quite horribly—seventy-six per cent of children who are taken will be killed during those three hours. I found that figure to be absolutely horrifying. In case any of The Big Thrill’s readers might be interested, here is a link to the story that first gave me that statistic.

Do you have a set number of books planned for the LOST reality? If so, how many are left to go?

Currently, I am planning for six in the series. SHATTERED will be book three, and then three more LOST stories will be released in 2016.

Whose story will be featured next?

Halloween is right around the corner. What would Jax and Sarah do together on Halloween to have some fun?

Since Jax lives in New Orleans, I know those two would definitely take a haunted tour in Big Easy. Maybe they’d go looking for vampires in the cemetery, too, just for fun.

Will you be touring as a part of the release?

I do not plan to tour for this book, but readers who would like a signed copy can certainly email me. I will be happy to send out autographed book plates.

Anything else you’d like to tell readers about the reality or other things you’re writing?

My LOST books are intense romantic suspense stories with a sexy edge. I like to include lots of twists and turns in the tales. If you enjoy Criminal Minds, then you should give LOST a try! 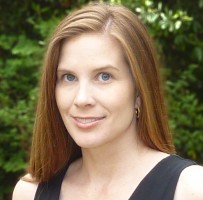 Award-winning author Cynthia Eden writes dark tales of paranormal romance and romantic suspense. She is a New York Times, USA Today, Digital Book World, and IndieReader best-seller. Cynthia is also a three-time finalist for the prestigious RITA® award . Since she began writing full-time in 2005, Cynthia has written over fifty novels and novellas.