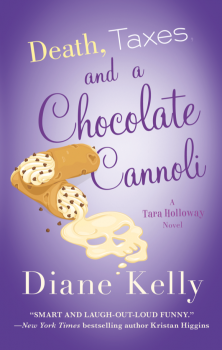 When people think of mysteries and thrillers, their mind normally goes to killers of one variety or another—stranglers in trench coats lurking in dimly-lit alleys, axe murderers in ski masks wandering the dark woods, or a crazy-eyed wack job intent on committing a whack job.

But don’t let Armani suits and silk ties fool you. White-collar criminals also have a high propensity for violence. With their beguiling smiles, wiley ways, and benign appearances, they can sneak in and take your assets—and possibly your life—before you have an inkling of their evil intent. In fact, the situation is common enough that a term has evolved for white-collar crooks who kill: “red-collar” criminals.

The typical white-collar criminal is a Caucasian male in his late 20s to early 30s. He’s well-respected socially and professionally, and has a high socioeconomic status. In other words, this type of criminal comes in the guise of the perfect love interest, neighbor, financial advisor, or business partner.

Perpetrators of white-collar crimes often exhibit psychopathic traits. They are charming, manipulative, egocentric, and value self-gratification. But why would a criminal who’s primarily in pursuit of financial gain turn to violence? What makes their white collars turn red?

While these criminal have big egos and might kill to redeem their self-esteem, the primary reason these types turn violent is to eliminate potential witnesses. People tend to keep their finances private, and if the victims are eliminated, their families and law enforcement could have a difficult time determining whether assets have been misappropriated. Killing their victims helps white-collar creeps conceal their crimes and continue their money-making schemes.

In the case of Reginald J. Robinson, he was convicted in the shooting death of a business partner who evidently discovered Robinson was involved in a real estate scam and presumably planned to report the crime.

A Canadian named Albert Walker, who worked for a financial services company, swindled members of his church out of millions of dollars. Rather than investing the funds as promised, he sent them to an offshore account and fled to England, where he assumed the identity of Ronald Platt, a man he’d befriended. The real Platt left the country for some time, but later returned to the area where Walker was living. Fearing that he’d be discovered using the false identity, Walker took Platt out on a boat, rendered the man unconscious, and threw him overboard.

Facing felony charges, Wisconsin accountant Dennis Gaede used information from the tax return he’d prepared for his friend, Timothy Wicks, to assume Wicks’ identity. He then fled to North Dakota, where he went on to embezzle funds from his new employer. Fearing Wicks would lead police to him, Gaede lured Wicks to North Dakota where he shot and suffocated him. Gaede, who was sentenced to life in prison, later sued because prison dentists pulled one of his teeth rather than giving him a root canal. He lost not only his tooth, but also his lawsuit. Never mind taking a bite out of crime, crime took the bite out of him. Poetic justice, huh?

If you find white-collar crime interesting, you’ll enjoy my newest release, DEATH, TAXES, AND A CHOCOLATE CANNOLI. In this funny mystery, IRS Special Agent Tara Holloway goes undercover in an Italian bistro to pursue a mafia boss operating an extortion ring. Fighting the mob is nearly as hard as fighting her cannoli addiction! 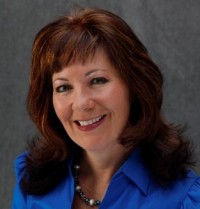 Diane Kelly is a former state assistant attorney general and tax advisor who spent much of her career fighting, or inadvertently working for, white-collar criminals. She is also a proud graduate of the Mansfield, Texas Citizens Police Academy. Diane has combined her fascination with law enforcement and her love of animals in her K-9 cop Paw Enforcement series.

The Prisoner’s Gold by Chris Kuzneski