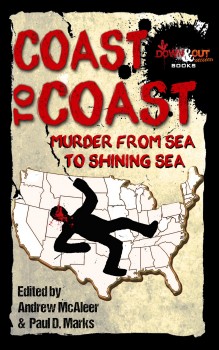 Andrew McAleer, Sherlock Holmes Revere Bowl Award Winner and author of Fatal Deeds, and Paul D. Marks, author of the Shamus Award-Winning thriller White Heat, are the editors of a new mystery-thriller short story anthology COAST TO COAST: MURDER FROM SEA TO SHINING SEA out this month from Down & Out Books. They join The Big Thrill to give us a sneak preview of the anthology and talk about what inspired the project.

How did COAST TO COAST evolve? Is there a unifying theme to all the stories?

The concept of the anthology was to gather stories from some of the best short story writers in the country, from the East Coast to the West Coast and the murder belt in between. We wanted to capture the similarities and differences from region to region. And, what’s the one scandalous thing everybody and everyplace has on the docket from sea to shining sea? Crime.

So, we asked authors to give us their best crime stories and we got back a great variety of stories, all set in different places, different atmospheres, different voices. We also made certain the stories in COAST TO COAST round up the usual dubious suspects like malice aforethought, dangerous dames, double cross, puzzles, likeable rogues, not-so-likeable rogues—lust, love and lucre. Our advice to fellow thriller connoisseurs—put the kettle on the boil and, as the bell tolls midnight and the double-locked doors somehow manage to creak, enjoy COAST TO COAST from cover to bloody cover.

Since the theme is murder from “coast to coast,” what are some of the locations?

The stories bounce back and forth between the coasts, and even down to Mexico City. From the famous Faneuil Hall Marketplace in Boston to the Vincent Thomas Bridge in the Port of Los Angeles. And from the wind-swept New England shoreline to the transitioning Italian-American neighborhood of North Beach in San Francisco, and back down to the Disney Concert Hall in L.A. Crime lurks everywhere, from the murky depths of Echo Park Lake and the body dump of the Angeles National Forest, to the clear waters of Oyster Bay and the beaches of Cape Cod. And the stories in range from hardboiled to suspense-thrillers to a bit of whimsy. Something for everyone.

Who are the contributors to the anthology?

Each COAST TO COAST author executes a different voice and perspective of the suspense genre, from the dark side to the lighter side and everything in-between.

Andy and Paul, one of you lives on the East Coast and the other on the West. How was it working 3,000 miles apart?

Actually, it went surprisingly well. Perhaps if we lived next door we would have killed each other—but we doubt that. Of course then we might have had another story to add to the collection. We both have similar tastes when it comes to the crime fiction genre—a tremendous respect for works from the Golden Age of Mystery to legal suspense to the modern thriller. From a logistical standpoint, technology gave us huge edge since we were able to email stories and the manuscript back and forth as it took shape. Every so often, however, we got old school and picked up the landline to talk shop. We pulled some long shifts, but honestly, working with such professional authors and a professional publisher made our job easy and enjoyable.

What inspired COAST TO COAST?

Our true appreciation for short stories. We’re determined to see its market continue to grow. So many masters got their break in the pulps, like Erle Stanley Gardner, Dashiell Hammett, Rex Stout, Raymond Chandler, and Edward D. Hoch, to name a handful.

Any plans for more COAST TO COAST anthologies?

That’s top-secret of course—but there have been some discussions about possible future COAST TO COAST anthologies, each with a different theme. Everything’s still in the development stage right now. Readers and fans can keep up to date by visiting our website. See the links below.

Anything else you’d like to tell us about COAST TO COAST?

COAST TO COAST also boasts the first mass publication of Brady Coyne creator William G. Tapply’s story, “Late, from the West Coast.” Unfortunately, Tapply passed away in 2009, but we’re fortunate and honored to have his story in our collection.

Where can readers find out more about Coast to Coast?

They can click here to visit the COAST TO COAST authors, and on the Down & Out Books website.

Thank you, Paul and Andy, for speaking with The Big Thrill. 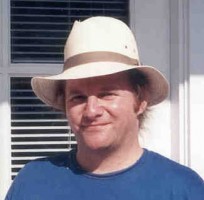 Paul D. Marks pulled a gun on the LAPD…and lived to tell about it. Which makes him uniquely qualified to write mystery and noir stories. Paul’s novel White Heat won the Shamus Award from the Private Eye Writers of America. He also has the distinction, dubious though it might be, of being the last person to have shot a film on the fabled MGM backlot before it bit the dust to make way for condos.