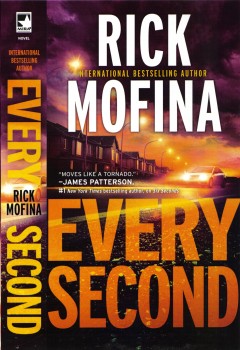 When I was asked to write an article about Rick Mofina and his new book, EVERY SECOND, I thought, “This should be easy.” Rick is a former journalist who has interviewed murderers on death row and patrolled with the Royal Canadian Mounted Police near the Arctic. After thirty years in journalism, Rick has spanned the globe, from the Caribbean, Africa, and Kuwait’s border with Iraq, reporting on crimes that would curl anyone’s toes. There would be so much to write about, from his long list of journalist adventures, to his twenty-one books and counting, racking up awards, and rave reviews from too many bestselling authors to list here. I mean, what hasn’t been said about his experiences and his books? What could I possibly bring that’s new to the table? It turns out, I don’t need to bring anything. His latest thriller, EVERY SECOND, speaks for itself.

The tension hits you from page one—hell, from the first sentence—and doesn’t let up until the last page. The Fulton family—Dan, Lori, and their nine-year-old son Billy—are assaulted by four men in the middle of the night in their beds. They are bound and gagged, then vests loaded with C4 are strapped to their bodies. We quickly discover that the reasons are far more sinister than a home invasion. As the manager of a suburban New York bank, Dan Fulton is forced to rob his own bank of a quarter of a million dollars or the assailants will remotely detonate the vests. That would be chilling enough, but Rick escalates the tension into a high-stakes chase, where not only is the Fulton family’s lives at risk, but countless other lives could be wiped out in an instant. So, strap yourselves in, ladies and gentlemen, and keep your hands and arms inside the rollercoaster cars at all times. Rick Mofina is obviously at the top of the thriller game!

Rick was kind enough to take time out of his busy writing schedule to sit down with The Big Thrill.

You mention that the inspiration for EVERY SECOND came from several terrifying real-life incidents that happened around the globe. Without giving anything away, could you elaborate a little?

A good question and normally I would answer it but I’ll beg off this time. If I answered it would take things right into spoiler country. The reference is at the end of the book for the benefit of those who read it. Of course, we’ll always have people who read the last chapter or pages first, which I never understood. It’s like going into a theater and saying, before we begin, please show me the last ten minutes of the film.

You add authenticity at every turn. No doubt, you did a lot of research, but I imagine the authenticity also comes from your time as a journalist. There’s a line near the end of the book, when a news photographer with time in Iraq and Afghanistan says, “You know the rules, Kate, same as a war zone. Be watchful, be careful, and be lucky.” This struck me as sounding so chillingly authentic that I had to wonder: Perhaps you spent time in a war zone?

As a journalist, I’ve been to Qatar, Kuwait, and the border with Iraq. Also I’ve been to several countries in Africa on assignment but never during a time of war. I just picked up phrases through the grapevine and by reading accounts of people who have faced the real thing.

EVERY SECOND is told from multiple points of view, including reporter Kate Page and Lori Fulton. In fact, this is your third novel featuring the tenacious reporter and single mom, Kate Page. Do you find it difficult or easy getting into the heart and minds of the opposite sex?

Yes and no. Obviously, I’m not a woman, or a mother, but I know many, and like most writers I’ve eavesdropped on many conversations. Additionally, my immediate circle of first readers are all women and I benefit greatly from that fact.

Do you have more plans for Kate Page?

Yes, she’s due back in the mix some time around the summer of 2016.

Twenty-one novels in fifteen years—that’s what I call prolific. Could you tell us a little about your writing routine? Do you have any pointers for writers who dream of being as productive?

You have to be disciplined or the work does not get done. Do not sit around jawing about how you’d “like to become a writer.”  Either you know you are one, or you’re not. Real writers get that point. Making excuses guarantees you will fail. Make sentences and put your back into the work. Write and read everybody and everything. I have a full-time day job, but I work on my writing every day. I’ll write in airports, on planes, in hotels, in the early morning before my family rises, on weekends and vacations. It’s the only way the job gets done. If you expect people to reach into their wallets, pay for your product, then set aside time for it, you’d better be sure that you’ve invested everything thing you’ve got into it. Readers deserve no less.

This ties in with the previous question: Are you an outliner, seat-of-your-pantser, or something in between?

An outliner. It started that way for me with publishers. For most of my books they wanted to see an outline and mine have run from seven pages to sixty.

What was the hardest part about writing your book?

Every aspect is a challenge for me because I’m striving to ensure the work is the absolute best that I can deliver. I find outlining and crafting the first draft stressful. I actually enjoy rewriting and making the narrative better.

How do you go about editing/revising your manuscript?

Once my first draft is done. I go through it and revise it into another draft. Then I show that draft to my trusted circle of readers; my wife is among that group. I’ll wait for the group’s feedback. I assess all the comments and revise accordingly and make another draft. Then I submit that draft to my publisher and revise again according to the publisher’s feedback. So we get up to several drafts to make the book the best that it can be. 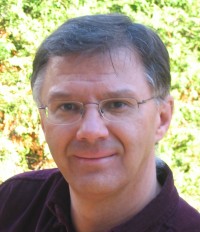 Rick Mofina is a former journalist who has interviewed murderers on death row, flown over L.A. with the LAPD and patrolled with the Royal Canadian Mounted Police near the Arctic. He’s also reported from the Caribbean, Africa and Kuwait’s border with Iraq. His books have been published in nearly 30 countries, including an illegal translation produced in Iran.

The Crime Writers of Canada, The International Thriller Writers and The Private Eye Writers of America have listed his titles among the best in crime fiction. As a two-time winner of Canada’s Arthur Ellis Award, a three-time Thriller Award finalist and a two-time Shamus Award finalist, the Library Journal calls him, “One of the best thriller writers in the business.”