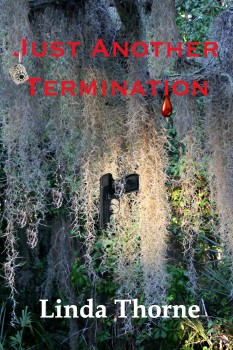 In Linda Thorne’s exciting debut, JUST ANOTHER TERMINATION, a career human resources manager flees bad bosses and guilt-ridden memories due to her coerced role in a wrongful termination that prompted a suicide. She finally lands a job with a good employer, but her new workplace is spun into turmoil when a young female employee is found shot to death. Then another murder occurs, and there’s a connection—both are linked to a double homicide twenty-five years earlier. Knee-deep in the investigation, the protagonist finds information that draws her back into the life of one evil, prior employer, and keeps the memory of the suicide heavy on her mind.

The Big Thrill recently caught up with Thorne to learn more about her and her debut JUST ANTOHER TERMINATION.

How did you first get bitten by the writing bug?

I think it may have been in sixth grade. I have a clear memory of a homework assignment to write a poem based on any subject we’d studied that year. I chose what we’d learned about the planets. After several drafts, I finalized Mrs. Earth So Pretty. My parents seemed impressed and I pictured my teacher scrawling a large A in red ink at the top of the first page. Instead, she called me to the front of the class, gave me an airy “tsk-tsk,” and returned my assignment in a sealed envelope addressed to my parents. When my mom opened it, to our dismay, the only thing scribbled over the paper was a message stating I’d obviously copied the poem or had someone else write it. Grade: Incomplete. My mother hauled me back to school where I pleaded my case to the teacher, my mom backing up my every word. I got the A, but more importantly I felt my first rush of success and brandished a grin for creating a poem that a teacher thought was too good to have been written by an eleven-year-old.

Prior to writing JUST ANOTHER TERMINATION, you penned various short stories. How did the experience of writing a novel-length story differ from writing shorter works? More difficult? Less?

To me, short stories are more difficult. They take considerably less time than writing a novel, yes, but getting them right requires a whole different line of attack. In novel writing you have expansive space to include a number of characters, lots of scenes, and story twists. Even subplots. Short stories are compressed. Unlike a novel, you don’t have the luxury of using one unnecessary word. You stick to a single story plot, squeeze the story arc into minimal amount of space with a negligible amount of story characters, while keeping the interest going and knocking the socks off the reader with your ending. I spent months on some stories, gave up on many, and now write few as I focus on the novel series.

How does it feel to know your debut novel will soon be out in the world?

I’m excited and scared at the same time. I’m relieved that it’s coming out, but then worry about handling all that’s on my plate: keeping my day job, staying on top of the book’s promotion, and continuing to write the other books in the series.

I see you have a follow-up to JUST ANOTHER TERMINATION in the works. Did you intend for this to be the first in a series when you started it?

Yes, there was never a question—my debut novel would be the first in a mystery series.

Why? For years, I had two separate stories stirring in my head and had toyed with the idea of making them into books. Many people will say, “I’d like to write a book,” knowing they’ll never do it. That’s the kind of comment I’d make. No one took me seriously and I didn’t mean for them to. But over the years, the two stories seemed to gain momentum.

When I made the decision to write a book, I had my two mystery ideas to choose from. One would be my debut novel, and the other the sequel. All I’d been reading at the time were series books, so if I was going to commit to two, why not plan for a whole series?

I honestly don’t know how to answer this question because I can’t imagine not writing. I guess the best answer is that if I hadn’t taken the plunge in the first place, I would be working in human resources management, like I am right now out of necessity, and I’d hope I’d have other interests that would be fun and relaxing. For me, once I started writing, I knew I couldn’t stop. I published a recent blog on the Killer Nashville Blog site called “My Writing Curse . . . Ten Years and Counting” where I talk about stepping into the world of writing and realizing I could never step back out. I will eventually retire from human resources. I will never retire from writing. 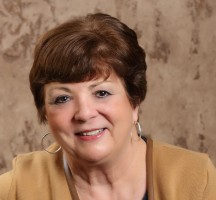 Linda Thorne began pursuing her true passion, writing, in 2005. Since then, she has published numerous short stories in the genres of mystery, thriller, and romance. Her debut novel, Just Another Termination, is the first in a planned series of mysteries that tell the story of Judy Kenagy, the first career human resources manager to turn sleuth. She is currently writing the second book in the series, A Promotion to Die For.

Like her lead character, Thorne is a career human resources manager. She has worked in the HR profession in Arizona, Colorado, Mississippi, California, and now, Tennessee. She holds a BS degree in business from Arizona State University and has completed a number of graduate-level courses in her field.

Thorne lives in Hermitage, Tennessee, a suburb of Nashville with her husband, Dave, and two border collies, Abby and Mo.