Why the Best-Selling Author Made a Point-of-View Switch 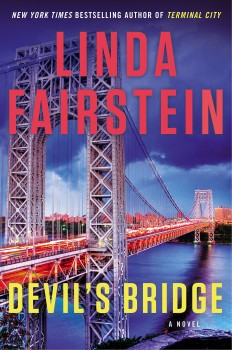 It’s a brave author who does something radically different in a successful long-running series. But in DEVIL’S BRIDGE, the 17th outing for New York prosecutor Alex Cooper, Linda Fairstein does just that.

In this terrific, suspenseful read, things are definitely not going well for Alex. An escaped convicted rapist is stalking her, a trial is going south, and a hacker has potentially accessed her most secure information. The book takes a dramatic—and unexpected—swerve when Alex is kidnapped and the search is on to find her.

But we readers don’t know where she is, either. Instead, we must join Alex’s lover, Detective Mike Chapman, in his increasingly desperate search. This plot device brings the reader along as fellow investigator, trying to make sense out of information as it happens. Chapman’s frustration is contagious, as is his terror over what may be happening to the woman he cares for deeply. As I turned the pages, I kept expecting to get a glimpse of Alex’s ordeal—all of the previous books have been told from her point of view. Fairstein didn’t allow me that glimpse, however. I had to go through the mill with Chapman.

The police detective’s story is written with such confidence and skill that I was surprised to hear that Fairstein approached the project with some trepidation. She had the blessing of her editor, whom she approached after the launch of Terminal City (Alex Cooper No. 16). They agreed to keep it a secret, and so off went Fairstein to the dreaded blank screen. “I got a bit nervous as I tried to make the transition,” she says. “But I know Chapman as well as I know Coop, which I kept telling myself over and over.” Another factor helped: “For years, readers asked me at signings all over the country whether there are other things I would like to write. My first answer has always been to write one of the books in this series from Detective Mike Chapman’s perspective.” 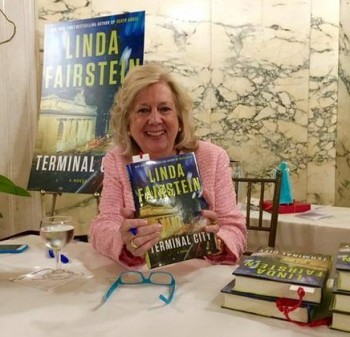 Once she got into his head, she relished it. It helped that she had plenty of first-hand experience to draw on. Fairstein was chief of the Special Victims Unit (formerly Sex Crimes Unit) of the District Attorney’s office in Manhattan for almost three decades. “As a prosecutor, I had the pleasure and honor of working shoulder-to-shoulder with the best detectives in the NYPD, and I just channeled them whenever I had Mike speak. I lived entirely inside Mike’s brain, and mouth, while I wrote the book. It is a much more muscular novel than the others, and also explains things about Alex that don’t come through when she speaks. I really like Mike Chapman a lot, so it was great fun to be working through him.”

A character already familiar to readers of other Alex Cooper books is New York City, with its landmarks a major part of the plotting. This was a conscious decision from the first book in the series. Self-confessed history buff Fairstein saw the city and its history as an important part of her branding. “Places that seem so refined and elegant to us—the Metropolitan Opera House, the New York Public Library, and so on—often have a dark underbelly, and capturing that feeling has been very important to me. One of my earlier Coop novels is called Death Dance—about a murder inside the Met Opera House—the center of culture in the city.” The real history is deeply sobering. “In fact, in the early 80s, a young violinist was murdered backstage inside the Met—by a stagehand—while 4,000 people sat in their seats, never hearing the struggle because the opera house is completely soundproofed. It always fascinated me, in the most tragic way.”

In DEVIL’S BRIDGE, Fairstein takes to the water. “I decided to showcase the drama along the Hudson River, which is such a spectacularly beautiful waterway. The Statue of Liberty has a great story, which most of us just take for granted and don’t consider. So I started there and made my way back to Jeffrey’s Hook, the base of the George Washington Bridge, and all the life that centered on it before the bridge was built. For me, the highlights are always getting the in-depth tours of places that have interested me from experts—like the National Park Rangers who run Liberty Island. Nothing replaces going to the site and exploring it for oneself.” 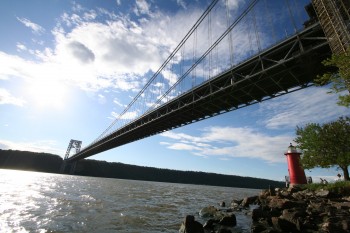 It’s one thing for an author to mine history, but Fairstein is that rare breed that makes history. Her legal career began in 1972, when she was one of only seven women on a staff of 250 in the Manhattan District Attorney’s Office. And such delicate flowers had to be protected was the prevailing attitude. “The DA didn’t allow his ‘girls’ to try cases—no blood and guts for young women in the courtroom—so he planned for us to be in the law library, writing briefs.”

Things began to change rapidly with the arrival of a new district attorney. When the Sex Crimes Unit was set up in the 1970s, it was the first in the country and Fairstein took the helm shortly afterward. She had doubts about taking on the job and initially turned down the offer from DA Bob Morgenthau. His Number Two reminded Fairstein that this was “an offer you can’t refuse.” And as she points out, “It was the era of The Godfather!” so she accepted on a two-year basis. After that, she was free to choose any post in the office that interested her. Twenty-six years later, she was still there.

The reason was simple. “I fell in love with the work—as strange as that word seems in that context. It was richly rewarding emotionally, and very satisfying.” Fairstein drove reform and incorporated new ways of working. “We started off by changing laws, eliminating archaic corroboration requirements, and adding rape-shield laws. A decade later, I was introduced to DNA.” Yet as so often with inequality, attitudes needed to shift too. “The biggest challenge we faced was changing attitudes about sexual violence—who the offenders were, who the victims were—how epidemic in nature the crimes are… but it was much harder to change people’s attitudes from the classic ‘She asked for it’ views that were so prevalent when I got to do this work.”

One would have thought that such a career drained every atom of Fairstein’s energy. But a certain ambition was still alive. “All my adolescence and young adulthood, I wanted to be a writer—English-lit major at college and all that.” Her adored father insisted she be able to support herself, hence law school. In the late 1980s, she was asked by a publisher to write a nonfiction book about sexual-violence reforms, which was published in 1993. The writing bug bit. It was the next year that she followed her dream—to write crime fiction. 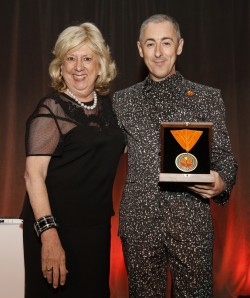 Seventeen books later, it’s fair to say that what Fairstein has achieved is remarkable. She acknowledges that juggling the two careers was always difficult, but she had a bottom line. “The simplest part of it was that the prosecution piece of things always, always, came first. Lives hang in the balance—victims, perps, those falsely accused, too. So as my late husband used to say, I wrote on ‘his’ time.”

Fairstein retired from the DA’s office 12 years ago, but stays involved. “My passion is for work with victims of violence. I keep my legal credentials current so that I can work on cases or help survivors get access to the system. Two of my nonprofit boards are Safe Horizon—the country’s largest victim-advocacy organization, where we do substantial work with domestic violence survivors and have the most state-of-the-art child advocacy centers for kids who have been victimized—and the Joyful Heart Foundation, founded by Law and Order: SVU star Mariska Hargitay, where our current emphasis is ending the backlog of rape evidence kits [DNA and other evidence collected in sexual assault cases] across the nation. It’s work that makes you feel great.”

And what of the other work that Fairstein loves—her writing career? “It’s still very exciting and great fun. I would stop doing it the moment it isn’t fun anymore. And it’s also a happy career because there are so many nice ‘guys’—women and men—who write in this genre. I read and admire their work, and it’s great to hang out with them.”

Fairstein is already plotting Coop’s next caper. As for DEVIL’S BRIDGE, with its different voice, she will wait to receive the verdict from readers on the novel’s effectiveness. “It was one of the most enjoyable writing experiences I have ever had. And I know exactly where to find Chapman if they want to hear from him again.”

If I were Detective Mike Chapman, I’d keep my phone turned on.