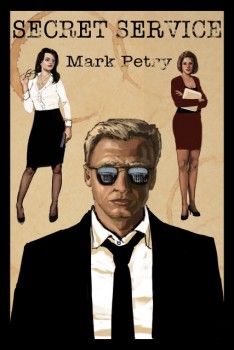 Mark Petry has a secret.

Despite what the synopsis may lead you to believe, there’s a lot of sex in SECRET SERVICE, the explosive first novel in a new series featuring Secret Service agent Jack Shields.

Jack’s job is to investigate financial fraud. But instead of finding lost money, he’s drawn into a dangerous web of lies and murder that may not only cause a global financial meltdown, but may also expose the truth about Jack—the fact that he’s really not Jack Shields, after all.

“He’s your standard handsome, strong male lead with plenty of flaws,” Petry says. “Rough around the edges with lots of street smarts and wit. He’s got an opportunity for a better life and of course he takes it, but that’s just the beginning.”

Petry drew inspiration for this character from what he considers two of the best male protagonists in the business—Don Draper from Mad Men, and Lee Child’s rough and rugged Jack Reacher.

“I knew I wanted to build a series with a strong, likeable character,” he says. And, not to harp too much on the “S” word, but Petry admits he made a conscious decision to ramp up the sexy times in SECRET SERVICE.

“I’m always frustrated when I read a book and the male protagonist is partnered with an attractive female lead and nothing ever happens with them, even when they hint that they might,” he says.

In fact, while working on his craft, Petry has taken many cues from books that have left him unsatisfied, and authors who have inspired him. He aims to write a great story—from start to finish—but admits he often begins…at the end.

“I love a great ending, one that makes you want to read the books again,” he says, citing William Diehl’s Primal Fear as his personal gold standard. “My goal with every book I write is to have that great ending, or at the bare minimum, one with which my reader feels very satisfied.”

Once the ending is clear in Petry’s mind, he begins the long process of writing, re-writing, and shaping the book into a well-rounded thriller. SECRET SERVICE is his second novel (his first book, Class Dismissed was self-published) so he’s well versed in the time commitment required—though his schedule is perhaps more regimented than many authors in the business. After three months, writing steadily for five nights a week, three or four hours at a time, Petry expects to complete a first draft.

“At five pages a night, you can still knock out a three hundred page novel,” he says. “I try to start by 9:30 p.m. and go to 11:30. I can’t write anywhere, just at my desk or in the guest room in bed if I’m too tired to sit at my desk. I do write by hand first then type it on my computer when completely done. It forces a really good rewrite before I have it read by some friends and then edited.”

Petry recognizes that in the ever-changing publishing business, it’s this kind of commitment that separates the wheat from the chaff.

“Getting published is always going to be hard, especially that first time,” he says. “I do think with the technology advances of e-readers and on-demand printing, it is easier to find an outlet for any book. The new challenge is that until you work your way up to landing that contract with a big name agent and then publisher that can spend some money promoting your book, the work falls more than ever on the author to make a name for himself.”

For Petry, that process begins with SECRET SERVICE. 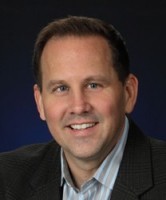 Mark Petry is a graduate of the University of Texas at Austin. He writes mystery and suspense thrillers.