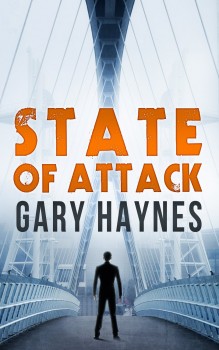 We first met Special Agent Tom Dupree in Gary Haynes’s debut thriller, State of Honour. Now thirteen months after he saved the Secretary of State from a politically inspired execution, Dupree is back in STATE OF ATTACK.

This time, Dupree arrives in Turkey to be with his father who was the target of a terrorist attack carried out by a jihadist called Ibrahim, also known as the Sword of Allah. Harnessing his desire to get back at those responsible, Dupree is set on stopping Ibrahim’s devastating plot against the Western world. As Dupree works to unravel the knot of terror, betrayal, and conspiracy that surrounds the Sword of Allah, he sadly learns there are few people he can trust.

Setting the Dupree series primarily in the Middle East satisfies a personal interest for Haynes. “The Middle East seemed to me to be an impossibly romantic place where men rode stallions and were armed with swords and spent their down time perfecting the art of falconry,” he said.

While in law school, this interest led to a dissertation on Middle East legal systems. “This is what sparked my real interest,” Haynes said. “But it was only when I studied the intricacies of their legal systems that I realized that not all was what it appeared to be. Despite the fascinating history and art, there was a darker side, even before the rise of Islamic terrorism, especially in relation to the general lack of democracy, the treatment of prisoners and women, and those with a contrary view to the ruling families.”

To stay current and to keep his novels timely, Haynes has the ability to blend information from a variety of sources whether first-hand, news sources, in-depth research, or personal accounts into a realistic story rich with details.

According to Haynes, “I utilize everything I can. I like to know what the color of the soil is, what type of trees grow there, what people are selling in the markets and on the street corners. It’s about immersing yourself in a place, even from a distance or by proxy.

“In the end it’s about digging deep enough to satisfy yourself that you have got it right. It’s both a skill and an art, I suppose. You learn to get a feel for what is right. It is a skill I took to and still enjoy.”

Even with all his knowledge and research, Haynes found the most difficult part of STATE OF ATTACK was writing about the Israeli-Palestinian aspect simply because it is such an emotive subject for both sides. He said, “But since my antagonist is a jihadist who is based there, I had to put across the Arab perspective, otherwise I think I would be rightly criticized for being simplistic.”

STATE OF ATTACK, because it was the sequel, was more difficult to write than State of Honour, he said. “I kept the continuity going by using some of the original characters, but I tried my best to write a novel that was perhaps more reflective, a little more sophisticated in content, and balancing this with a full-throttle plot wasn’t easy.”

Action scenes are always enjoyable for Haynes to write. “The key,” he maintains, “is to break down the movement as if you are seeing it in slow motion on a cinema screen and then describe it frame-by-frame, as it were.”

The lynchpin is Tom Dupree. “I knew I didn’t want to write about another CIA operative, ex-U.S. Marine, or FBI special agent,” so he decided on “someone who would travel a good deal and be at the forefront of geopolitics, on the ground at least.” For Haynes, a special agent with the U.S. Bureau of Diplomatic Security fit the bill. “Such agents work in a diverse area of fields, everything from close protection to counterterrorism, which gives me a lot of scope. My hero had to have a past, a flawed side, a realistic compassion that set him apart, but above all else a well-defined and heroic sense of honour and so Tom was born. As soon as I’d written the first few chapters of State of Honour, I knew I’d be writing about Tom’s exploits for a very long time.”

Don’t be surprised that Tom is American. It’s for both practical and cultural reasons, Haynes said. “Practical because the U.S. has both the greatest involvement in geopolitics and the greatest amount of resources at its disposal. It takes international matters seriously and is willing to act. Culturally because in many ways I grew up with American heroes and they are universally recognized. I never conceived of Tom Dupree being any other nationality in the sense that he embodies all the nationalities of the West.”

We can expect more from Gary Haynes—he feels compelled to write and can’t imagine not writing. “Apart for being an outlet for creativity, I find it endlessly therapeutic. I think you have to be so interested in people and places that, oddly perhaps, you want to create an alternative world, even though the real world is infinitely fascinating.”

Haynes is busy planning the third Tom Dupree novel and he just sent his agent the first draft of a new standalone thriller. It’s about a seventeen-year-old girl whose two brothers are missing and her encounter with a mysterious private detective who specializes in finding missing persons. “It’s something of a departure from my action thrillers,” Haynes said. He is also completing a World War II novella based on the fall of Berlin in 1945.

Most of Haynes writing is done at home, either his living room or the kitchen when the writing is getting serious. “I am an inveterate tea drinker,” he said. “I can’t imagine writing without tea. As for food, it becomes something of a chore when I’m in full flow and I often go without meals.” 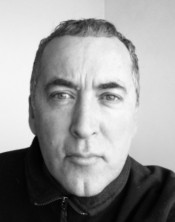 Gary Haynes is the best-selling author of STATE OF HONOUR. STATE OF ATTACK is published by Harlequin (HarperCollins) on 7 February 2015. His books are described as: “Awesome adventures with countless twists and turns. Plots that seem as if they are lifted from today’s news on the threat of terrorism.” Gary “walked on the wild side” before deciding to study law at Warwick University and complete his postgraduate training at the College of Law. As a lawyer, he specializes in commercial dispute resolution. He is active on social media, comments upon Middle East politics, and keeps fit at his local boxing gym. He loves films, the music of Richard Wagner, Thai food and Portugal. Gary writes cinematic-style, intelligent, fast-paced, action-packed espionage/political/military thrillers. He is writing a series of novels based on his main character, Tom Dupree, a special agent in the US Bureau of Diplomatic Security. His favourite quote is: You miss one hundred percent.